I can’t speak to that myself, of course. I’m a television reviewer, not a scientist, and I don’t feel my literal universe expanding that much on a day-to-day basis.

But if our universe is anything like the Star Wars universe, we’d have to assume it’s expanding mighty fast. The latest data point: Disney+’s Star Wars: Visions.

Draw, Or Do Not. There Is No CGI

The stories unpacked in Visions won’t necessarily sidle into to the official George Lucas/Disney canon. But it’s not nearly as speculative or as purposefully off-canon as, say, Marvel’s What If …? series (also on Disney+), either. It’s more like Japan’s top animation studios were given a massive set of Star Wars building blocks and told to construct something totally Star Wars but utterly unique. It’s what would happen if Tatooine suddenly collided with, say, Dragon Ball Z.

The stars are literally the limit with each 15-minute episode of Visions. A mysterious man with a lightsaber might defend a small village from nasty troopers in one, offering a touch of Akira Kurosawa. A one-time Jedi Padawan might start a rock band with a cousin of Jabba the Hutt in another, playing a few notes of Bill & Ted.  Each episode comes with its own artistic vision, too, embracing each studio’s individual aesthetic and eschewing (for the most part) cookie-cutter, 3D computer animation.

There are nine episodes in all in the first season, and you never know what sort of story might be in the offing. Which seems fitting, given that Star Wars literally gives us a whole galaxy of narrative possibilities.

Some may even wriggle their way into the Star Wars canon proper. (The first episode of Visions, titled “The Duel,” is actually getting its very own novelized continuation Oct. 12, titled Star Wars: Ronin – A Visions Novel.) And the show features plenty of voice talent, too, featuring folks like Joseph Gordon-Levitt, Neil Patrick Harris, Lucy Liu and David Harbour all chipping in on different episodes.

I’ve Got a Good Feeling About This.

But while each episode is different, all share some similarities, too. These are Star Wars anime stories, which means they’re not necessarily the innocent cartoons that Disney typically peddles. (You can hear loads more about anime on one of our recent podcasts.) They can feel rougher, more mature and more violent at times. You can see hints of Eastern spirituality around the edges of one or two episodes, as well. (And certainly the spiritual dualism that Lucas purposefully grafted onto Star Wars is well represented, too.)

But nothing seems to stray outside the bounds of the show’s TV-PG rating, either. This universe is largely devoid of bad language. And while some animated garb can show a bit of animated skin, it’s far, far more restrained than, say, Princess Leia’s infamous slave outfit from Return of the Jedi.

I’d imagine Star Wars and anime share a lot of fans. For them, of course, Star Wars: Visions is like a present from Admiral Akbar himself, all tied up in a bow. (“It’s a wrap!”, as he said in the LEGO Star Wars Holiday Special.) And for parents of young padawans, the show stands a chance at being navigable, too. Just be aware, even 2D lightsabers can do some pretty big damage.

A mysterious stranger arrives on the outskirts of an isolated village just as its attacked by remnants of the Empire’s old army. And while the village can handle the stormtroopers just fine, it’s not prepared for the Sith (essentially an evil Jedi) who’s leading them.

The Sith uses a weapon that’s a cross between a lightsaber and a parasol, with the spokes serving as the blades. She uses it to skewer one defender (which we see), then spins it like a top to obliterate a laser gun (and presumably its owner, too, though that fatality takes place offscreen). Another victim is stabbed through the back, the lightsaber blade poking out through the chest. Dozens of other stormtroopers and a few villagers are mowed down through various means, and we see lifeless bodies lying on the ground.

What looks to be an Eastern religious idol features prominently in a showdown, and one combatant presses his hands together and bows toward the statue as if in respect and/or prayer. The Sith’s outfit is a wee bit revealing in this black-and-white, hand-drawn episode.

A motley collection of musicians play in a band called Star Raver, but they never get to finish a set because one of their members—a cousin of Jabba the Hutt—has a bounty on his head. “It’d be nice to finish a show for once,” lead singer (and former Jedi Padawan) Jay admits as they head to their next gig. But when Boba Fett finally tracks them down and takes the wayward Hutt into custody, Jay and his bandmates must decide whether to fight, hide or use music to save the day.

Instruments used by the members of Star Raver have some hidden offensive abilities, from throwing flames to sending out bolts of electricity. (Jay’s mic may also double as an on-the-fritz lightsaber, too.) We see lots of stormtroopers incapacitated by said instruments (and hear at least one or two scream). We hear threats invoking both disintegration and a more generic execution. Jabba eats a little critter. One of the band members looks like a devil. (Well, actually three devils, given that he has three different torsos.)

The rebuilding Empire has a couple of new leaders to contend with: twins genetically bred and raised to be the Dark Side’s answer to Luke and Leia. They’ve built a pair of conjoined Star Destroyers that can take out (you guessed it) a whole planet if the twins get the urge, but they’ll need to install a powerful kyber crystal to power the destroyers. But one of the twins—Karre—isn’t so sure he wants to be a member of the dark side after all.

The two fight and nearly kill each other. (A vision of sorts shows that Am, the other twin, does die.) Stormtroopers also fight and die, and scads of unseen casualties are likely caused by the destruction of at least one side of a massive spaceship. 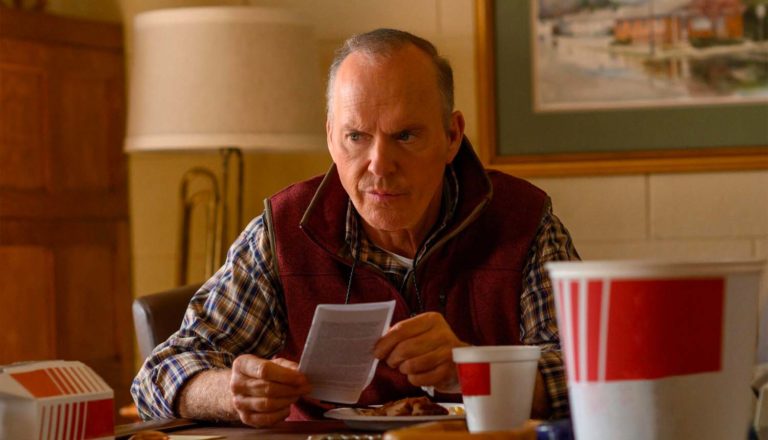