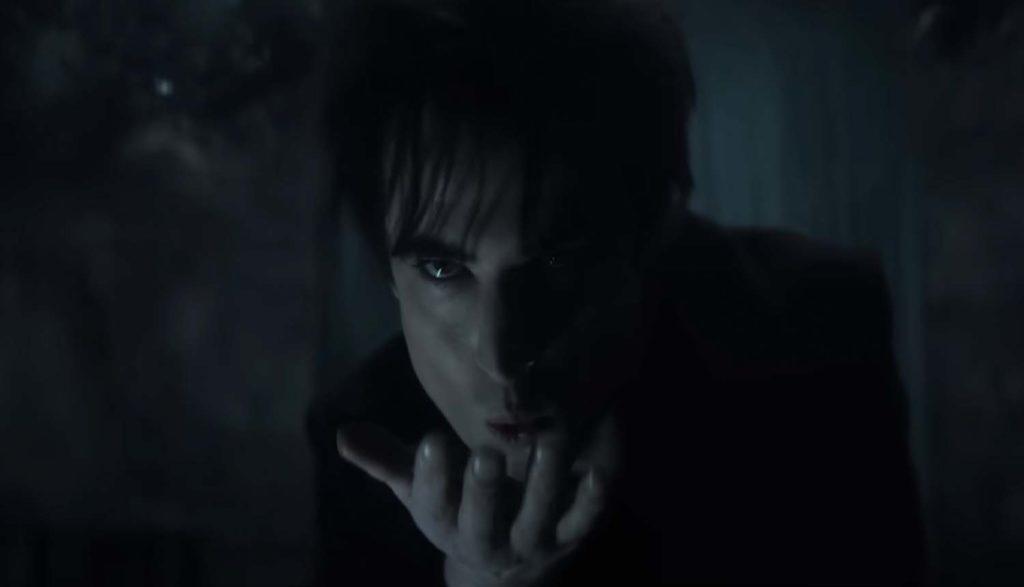 A dream job? Morpheus has it. Literally.

Morpheus is the King of Dreams—a title he’s held for ever-so-long. He’s one of the so-called seven Endless, and he and his six siblings have had an oversized say in how we mortals think, feel and behave since the dawn of time. And while some might say that dreams have very limited impact on what we do with our waking lives, Morpheus begs to differ. In dreams we grapple with hopes and fears, live out adventures and experience unrivaled freedom. And sometimes, those dreams impact our waking-world decisions in some very important ways.

But lately, Morpheus’ dream job has become something of a nightmare. And that means it’s been pretty nightmarish for we dreamers, too.

The Stuff Dreams Are Made Of

His problems began around the turn-of-the-last century, when an amateur magician somehow managed to zap him into a specially made prison. For a century he was stuck there, and the rest of society felt his loss. Some people couldn’t fall asleep. Others couldn’t wake up. More than a million souls fell under the “sleepy sickness,” as it was called, and more were added each day.

Morpheus finally escaped his prison, but he hasn’t been able to set his kingdom, or our world, to rights just yet. When Morpheus was captured, the magician took his “tools”: a mask. A ruby. A small pouch of sand. And until he gets all those talismans back, Morpheus’s strength isn’t quite what it was. Or what, frankly, it needs to be.

Retrieving such powerful artifacts won’t be easy, though. Their current possessors have grown quite attached to them. And given that one holder happens to be a demon, Morpheus will literally have to go to hell and back to get it.

And lest we forget, other forces are actively at work trying to prevent Morpheus from reclaiming his throne in all his dreamy power. Some nightmares that Morpheus created are enjoying their newfound freedom. And they’re not about to let Morpheus turn them into dust.

Sandy, But Not Dandy

Neil Gaiman is one of the world’s most influential storytellers. Or, at least, he’s influenced more than his fair share of television executives.

His novel American Gods hit Starz back in 2017. Good Omens (which he co-authored with Terry Pratchett) was adapted by Amazon Prime in 2019. But The Sandman, a series of graphic novels published by DC, might be arguably his magnum opus—one of the few graphic novels to ever land on The New York Times Best Seller list.

It features, as do so many of Gaiman’s other works, godlike characters and toys with the nature of divinity itself.

Morpheus—also called Dream—is indeed a god-like being, and he and his six siblings (Death, Destiny, Destruction, Desire, Delirium and Despair) form Gaiman’s own made-up pantheon. But they interact with characters from other religious traditions, too—most especially those from Judeo-Christianity. Cain and Abel live in Morpheus’ dream kingdom. Morpheus interacts with Lucifer Morningstar, who naturally rules Gaiman’s version of hell.

Gaiman’s been reluctant to discuss his own religious beliefs, but he’s clearly comfortable in both using and mocking religious concepts and characters to create his stories. That alone might ring plenty of alarms for many parents. And incorporating Biblical stories and characters into his works can make for an even more muddled mess.

But viewers who clear those more conceptual hurdles have plenty of other obstacles in Netflix’s Sandman course.

Netflix rated the show TV-MA for “language, violence, sex, self-harm, suicide and smoking.” Just a couple of episodes in, we can vouch for most of that.

Though The Sandman has as yet steered clear of showing any of someone’s most private of private parts on screen, Morpheus himself spends most of the first episode sitting naked in a glass sphere, and very, very little is hidden from the camera. He’ll be talking with his sibling Desire in upcoming episodes—portrayed in both the books and the show as androgynous (and is portrayed by Mason Alexander Park, whose preferred pronoun is “they”).

And as befitting a show dealing with dreams, some images can be rather nightmarish. Both people and animals can die bloody, grotesque deaths. The show’s apparent main antagonist—a literal nightmare named the Corinthian—has a set of teeth in each eye socket. Characters can engage in occultic rituals complete with magical marks and incantations.

The Sandman, as is the case with many of Gaiman’s adapted works, is a compelling story, accompanied by first-class visual effects and some strong acting. But given all the nightmarish qualities we find in this dream-driven story, many viewers—especially those with kids in the house—might be better off just shutting their eyes.

In hopes of bringing his son back from the dead, Sir Roderick Burgess (who likes to be called Magus) performs an occult ritual to capture the “angel of death.” Instead, he pulls Morpheus into his trap and takes all of his tools. Magus, and later his son, keeps Morpheus there for a century—at first hoping to extract divine favors from him, and then out of fear of Morpheus’ retribution. But You can’t keep an Endless locked away forever.

The ritual that drew Morpheus to this mortal plane looks and feels like witchcraft, complete with a grimoire (spell book), magic circles, occultic symbols, chanted incantations and a blood sacrifice (Magus cuts his own arm). He also uses a “feather pulled from an angel’s wing” and summons his quarry in “the names of the old lords” and names them. When Magus learns Morpheus’ significance, he’ told that he’s “not a god. More than a god.”

Once pulled in by the ritual, Morpheus spends almost the entire episode naked. We see him from the side and back and briefly from the front (though his privates are obscured by wisps of smoke). Magus’ son, Alex, is gay, and we see he and his longtime partner both in their youth and old age. A dream sequence includes a shirtless male beach reveler and some women in revealing swimwear. Magus’ mistress reveals to Alex that she’s pregnant—and that Magus wants her to “get rid” of the child.

The Corinthian, a literal nightmare that has escaped Morpheus’ dream realm in the wake of his capture, talks with an eyeless corpse (that he apparently dispatched himself). He apparently kills someone else with a knife as well. A man dies after hitting his head on something—bleeding out on the floor. Another character (or two) dies after being struck by their own deflected bullets. A raven is shot and killed, leaving both blood and body all over a basement. People are hit and threatened.

Characters say the f-word three times. We also hear “b-gger,” “tw-at” and “h—,” along with a misuse of God’s name. Characters drink, and a few are ordered to take drugs to stay awake in Morpheus’ presence.

Morpheus begins his quest to retrieve his lost tools. But to even begin, he’ll need to ask the oracular fates where they are—and they will demand a gift. To bring that gift, Morpheus will need to reclaim a bit of his power. And reclaiming that power requires a sacrifice: not from him, but from one of his creations.

That creation is a gargoyle named Gregory—a one-time nightmare-turned-pet for Cain and Abel, two eternally quarreling brothers who live in Morpheus’s realm. The brothers are doomed to repeat their “story” (the first murderer, the first victim) throughout all eternity, and we see Cain kill Abel twice: once by stabbing him in the chest with a pitchfork, once via hot poker through the skull. Neither deaths are particularly bloody, and Abel later digs himself out of his grave both times. (“I don’t mind getting murdered, honestly,” Abel says. “If that’s what makes Cain happy, that’s what brothers are for.”) Gregory, meanwhile, vanishes into dust.

The fates are called the Hecate and the “three-in-one” by Morpheus. They’re analogous to other three-sister groups of Greek legend (the classical Fates, who spun out the lives of mortals, and the Grey Sisters, who shared one eyeball and were given great wisdom). They’re given a snake in exchange for answers to three questions, and we watch as the snake slithers into their collective mouths. They tell Morpheus that one of his tools (his mask) is in the hands of a demon. (We see other talismans at work, including one that seems to vaporize a character, who reassembles elsewhere.)

Someone is pulled into a body of water. Walking nightmare Corinthian showcases his tooth-filled eye sockets. Someone talks about being heavily medicated. We hear the f-word once, as well as singular uses of the British profanities “bloody” and “b—locks.”