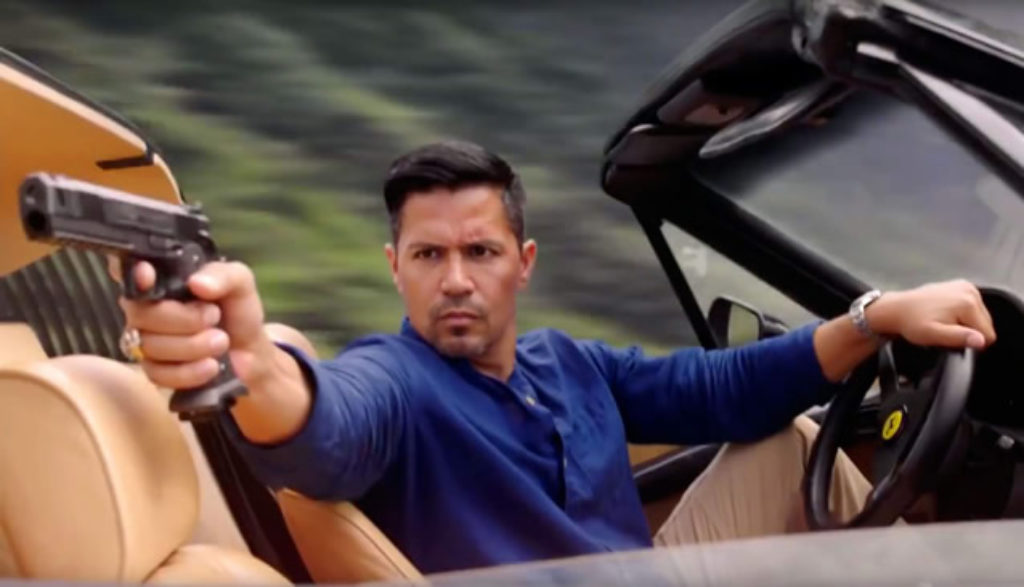 Man, some people sure have it rough. Take Thomas Magnum.

Sure, he lives in Hawaii, which straight-up translates to “paradise” for most of us mainlanders. But those who live there know that the land isn’t idyllic all the time. Why, the temperature can fluctuate a good five-to-seven degrees seasonally. Sometimes it even rains.

Magnum may live, rent-free, on the palatial estate of wealthy-but-reclusive writer Robin Masters—but only in a merely comfortable guest house, not in its sprawling mansion. He gets the use of his own Ferrari, too. But he does have to buy gas for it. And in Hawaii, petrol ain’t cheap.

Yes, Thomas Magnum is deserving of our pity. He’s cursed with charm and good looks, and while he possesses a bevy of old Naval medals and a litany of loyal friends, he also must deal with some ferocious enemies—especially Robin Masters’ Dobermans, Zeus and Apollo.

Oh, and the folks who try to kill him every episode, too. Can’t forget about those guys.

Close, But No Cigar This Time

In an age in which half of all new network television shows seem legally required to be sequels, continuations or reboots of old network television shows, it should come as no surprise—even to the youngsters in our audience—that this isn’t the first time Magnum, P.I. has been boarded in CBS’s broadcast stables. Its first iteration began an eight-season run in late 1980. Featuring a mustachioed Tom Selleck, a memorable score (its title track became a Top 40 hit) and an uber-slick Ferrari 308, Magnum, P.I. (note the comma) became a beloved 1980s television staple—one so enduring, in fact, that one of Selleck’s requisite Hawaiian shirts now hangs in the Smithsonian.

CBS’ new take on Magnum P.I. (sans comma, apparently to avoid confusion) has, naturally, seen its share of changes. Gone is Selleck and his mustache, replaced by stubble-chinned Jay Hernandez. Higgins, Masters’ ever-so-British estate manager, is a woman this time around, and one whose history with the British secret service comes in handy in many an episode. And after a Ferrari 308 is unceremoniously dispatched in the pilot, Magnum is given the use of an updated prancer: a Ferrari 488 Spider. (It, too, is destroyed in the first episode, but gets repaired in time for the second.)

But for all those changes, the show feels mightily and—for those of us old enough to fondly remember the original—charmingly familiar. Magnum still hangs out with his improbably useful and available best friends, T.C. (a helicopter pilot) and Rick (a well-connected nightclub owner). Higgins and Magnum still keep up their frienemy patter, even if their relationship comes with a certain romantic potential attached. And, of course, Hawaii is still as beautiful as ever.

An Island of Family Friendliness?

The episodes, too, feel light and airy—an hourlong telegenic vacation filled with quick cars and fast plotting, frenetic action and light banter. While Magnum may look updated, its feel is a comfortable throwback to an earlier age, when families watched TV together and dealt with commercial breaks every 10-12 minutes.

Was it a more innocent time, too? Perhaps. Certainly Magnum, then or now, looks nothing like Game of Thrones or The Walking Dead. But don’t mistake this show—or its previous iteration, either—as content free.

This is Hawaii, after all, where swimsuit weather lasts all year long (and the swimsuits themselves tend to be rather undernourished). Magnum is a private investigator, whose job often requires him to spy on potentially adulterous relationships (bringing viewers along for the ride). And the violence … well, the violence is kind of the point in shows like this, right? It would hardly be a Magnum P.I. episode without a gunfight and/or a fistfight, and often both at the same time.

The show does include some darker elements as well: In this version, Magnum, T.C., Rick and Magnum’s old commander, Sebastian Nuzo, all spent time in an Afghanistan POW camp, and their collective experiences there shaped, and continue to shape, their futures.

But those caveats aside, Magnum P.I. feels much like it always did: A rollicking adventure that gives viewers an hour-long diversion without giving them nightmares. And today, that’s worth noting.

A fisherman asks Magnum for help in chasing down a tuna that was stolen from him—a 300-pound monster worth $350,000, he says. But as the caper cruises along, Magnum realizes that there’s something even fishier afoot.

Magnum and Juliett Higgins, an ex-MI6 agent who now manages the compound where Magnum lives, are snared by terrorists who plan on killing them. They punch Magnum in the face a few times (leaving red bruises and lacerations) before he and Higgins fight them in a moving SUV: People are punched and choked, and one person is tossed out of the vehicle before the SUV crashes. Magnum and Higgins exit the car with a variety of superficial wounds.

Magnum, hired to spy on a married man and his lover, confirms the affair: He takes pictures of the couple, both wearing just underwear and she straddling the guy in bed. The man sees Magnum and runs out of the house, firing a gun at the private eye.

Gunmen threaten Magnum and his friends, T.C. and Rick, with guns. Someone is punched in the face elsewhere. A tuna thief points a gun at Magnum. Characters drink wine. Magnum is shown with just a towel around his waist, and a female character bares her midriff. Characters say “a–” four times and use other profanities, including “d–n,” “h—” and the British profanity “bloody.” This does not include a handful of profane-hinting, fish-related puns that Rick makes, including “just for the halibut” and “cod almighty.” We hear God’s name misused thrice, as well.