All the Old Knives 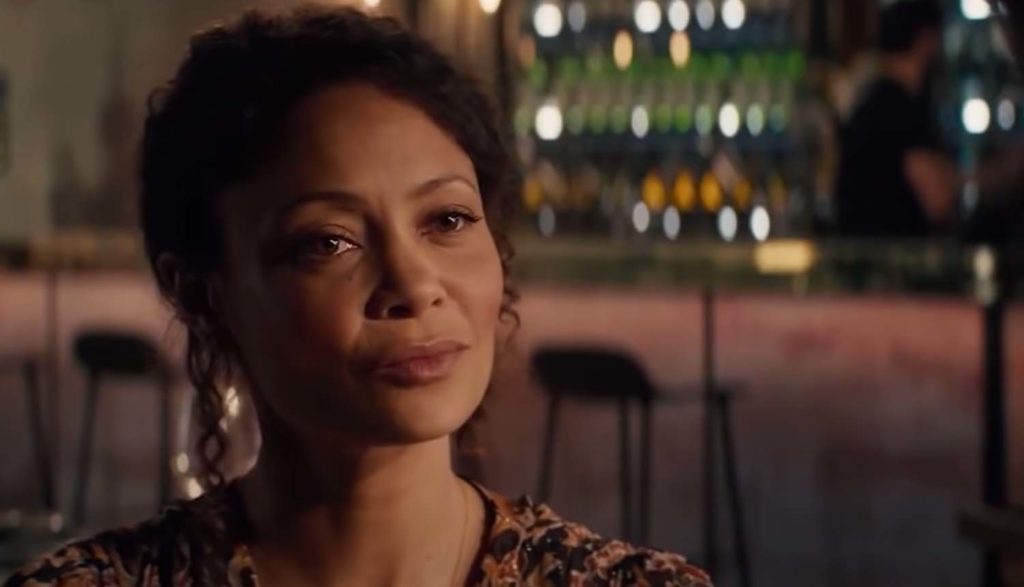 Numbers tell the story. But not the whole story.

Eight years ago, a plane was hijacked by Islamic militants in Vienna.

Those militants gave Austrian and German authorities 24 hours to meet their demands. If they didn’t, everyone aboard the plane would die.

The CIA’s Vienna station hummed with activity as the crisis unfolded. Station chief Vick Wallinger unleashed his talented team to find a solution. Henry talked to every source he had cultivated. Celia, his coworker and lover, followed up on her own leads, too. As luck would have it, the CIA even had a man on the inside—inside the plane that is—feeding the team intel.

But despite the hard work, the skilled operatives, the inside intel, the team failed. The world lost everyone on board, 120 in all. Crew. Militants. Passengers. Children.

You can’t tabulate the real, human cost of the failure. All those lives lost. The lives of family and friends irrevocably altered. The agency had its own share of casualties.

Bill Compton, the station’s second-in-command, left the agency and is a shell of himself, drinking his time away in London. Code-breaker Owen Lassiter left, too, but more permanently: He shot himself in the head. Celia ran out of the office that day and into another life. She broke off her relationship with Henry and never looked back. She lives in California now: Married, two kids. She tried to get as far away from Vienna as she could without booking a rocket trip to Mars.

But the CIA doesn’t forget so easily.

The feds finally caught up with Ilyas Shushani, the tragedy’s alleged mastermind. Alas, he’s in no condition to talk. “Somebody made a mistake,” Vick tells Henry, both of whom still work for the CIA. But they did uncover something interesting: Ilyas might’ve been working with somebody inside the station. And after a little more digging, the agency finds something else: a call to Iran, made from Bill Compton’s phone.

Vick dispatches Henry to interview the two most likely culprits, those who had the easiest access to Bill’s phone: Bill, of course, and Celia—Henry’s former lover, a woman whom perhaps Henry still loves. And if Henry’s investigation reveals the mole? Vick says the matter must be handled swiftly and surgically.

“We can’t afford the embarrassment of a prosecution,” he tells Henry. And he needs assurance that Henry will do “what’s necessary.”

Henry assures him. Bill may be an old friend. Celia may still be just as beautiful, pull on his heartstrings just as much. But the hijacking of Flight 127 was one of the CIA’s biggest black eyes. And it’s time to follow these two loose ends to wherever they lead.

I suppose we can applaud, to some extent, the efforts of Vick and others to find the mole and see that person pay for the crime (even if the CIA’s desire to clean things up quietly and lethally is less laudatory.)

Celia loves her children. When she and Henry meet for dinner, Celia tells him that kids really do change everything, and it’s true. Ever since Flight 127, she’s had nightmares of being aboard that hijacked plane—helpless as her real-life children are pulled away from her to form human shields. It’s obvious that they are her highest priority these days.

The terrorists, as mentioned, are Islamic extremists. We hear them express their devotion to Allah. But Leila Maloof, part of Vick’s team, is also Muslim, and she reminds her workmates that what these terrorists are doing has no real connection to her religion.

In a video made by the terrorists aboard the plane, we see children praying (though to whom, we can’t know). A hijacker tries to justify the terrorists’ actions, turning to a passenger who looks to be an Islamic Imam. The terrorist calls him “grandfather,” and insists that the man must know that their cause is just: The passenger doesn’t answer, but the look he gives to the camera is incredulous.

Henry and Celia’s relationship was sexual: If we had any doubt about that, the movie itself clears that up in one extended, rather graphic scene.

The two have sex (including much movement and moaning), and the camera shows the viewer pretty much everything except for the genitals themselves. Celia and Henry both expose parts of their body elsewhere, too: Celia’s breasts are visible in a few other scenes, while Henry’s backside is shown in the shower. We discover that Henry had asked Celia to move in with him shortly before the hijacking—the closest these two get to a formal commitment. The two kiss other times as well, sometimes passionately.

Eight years later, and Celia’s married. But when the two share dinner together, the sparks still seem to be smoldering: They feed each other food and reminisce about old times, and we get the sense that each is very much taken with the other.

While 120 people lost their lives during the hijacking, we see just a handful of fatalities on screen. In flashback, a flight attendant is shot. In a couple of other scenes, we see the shooting’s aftermath: The body of the attendant is dragged down the airplane’s aisle, with copious amounts of red blood present, too. Another man is shot and killed, with the body falling from an airplane door to the tarmac below. Someone bleeds from the nose and, later, expires. We see the aftermath of a suicide—the body of a man slumped in his chair, the side of his head stained with blood from a visible gunshot wound.

We don’t see most of the plane’s inhabitants die, but we do learn that they succumbed to sarin gas. We hear that this particular terrorist group never negotiates: Henry reminds his colleagues that years earlier, they set a bunch of hostages on fire, along with themselves, and they all burned to death after their demands were not met.

Guns are brandished and threats are issued. Henry has apparently hired a trained killer to assassinate the mole if Henry decides it’s warranted. There’s a joke about arsenic poisoning. We hear that Celia’s parents died in a car crash years before. Someone talks about how his leg was broken and he was tortured.

More than 15 f-words, four s-words and one c-word. We also hear some obscene terminology related to various body parts (“a–” and “d–k”), and God’s and Jesus’ name are both abused twice.

Henry and Celia drink wine during dinner, and Henry seems to have three or four glasses at least before the evening concludes.

Henry and Bill order up some single-malt scotch during their interview/interrogation. Vick and Henry quaff some whiskey. We hear a reference to champagne.

Someone smokes a cigarette. Someone else offers a smoke to Celia, which she declines.

A woman vomits in a toilet. (We don’t see anything more than the woman leaning over the bowl, though.) We hear that someone has been suffering from morning sickness.

Lies and betrayals form a key component of the story, obviously, but I’ll go into no greater details here.

I enjoy slow-boil thrillers, and All the Old Knives checks many a box for me. The setup is interesting. The performances are spot-on. And most viewers, I think, will be guessing ’til the very end just who the mole might be.

It’s the sort of film that doesn’t need a lot of problematic content to make its point. Unfortunately, this one has it anyway.

While some filmmakers say profanity makes the story feel more real, for this one it actually felt less so. The dialogue sometimes seemed like a gas engine in need of a good tuning: The story would be humming along and then, with each f-word, you’d feel it stutter and cough.

As for the sex and nudity … well, viewers would certainly understand the level of affection these two characters had for each other just by watching them look at each other, or smile or feed each other food. The actors who play them are talented enough that they could illustrate the characters’ love, even if they were simply reading the phone book to one another. The nudity feels not just unnecessary, but practically repetitive: The characters have already showed us their love. They don’t need to show us so many body parts as well.

Yes, All the Old Knives slices into a nice little espionage story. Too bad this knife cuts both ways.