What’s New and Streaming for Families for May 2021 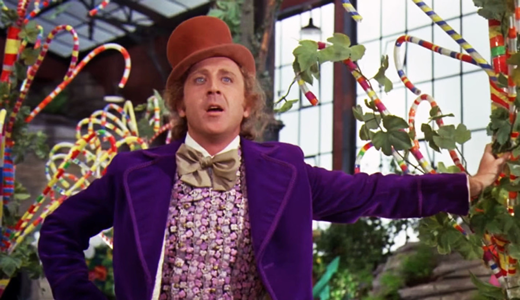 There’s an old poem that says, “Marry in May and you’ll rue the day.” And since we don’t want any rued days in your near future, how else do you plan on filling all those sunny spring weekends this month? Well, there’s nice walks to enjoy, bikes to pedal, flowers to sniff. But if even that’s too lovey-dovey, you could always fill the extra time with a dash of family friendly movie watching.

Unfortunately, there’s a disproportionate number of movie weeds popping up on the streaming services this spring, but there are a few fun possibilities, too. And we’ve got some suggestions for you to consider.

Back to the Future (PG,1985): In director Robert Zemeckis’ comedy classic, teen Marty McFly is thrown back into the ’50s when an experiment by his eccentric scientist friend Doc Brown goes awry. And now Marty has to figure out how to get back to where he belongs without ruining any chance for his parent’s marriage or rubbing his future family from existence. Great fun and adventure earmarks this supercharged DeLorean, time-travel pic with only a dabbling of course language tacks (and a jarring sensual speedbump or two) to worry over on the drive.

Oh, and if you’re in the mood for a bit of binging, Netflix has both of the Back to the Future sequels parked in its garage, too.

The Land Before Time (G, 1988): If you’re in the mind for an even gentler flashback to the past, there’s always this Don Bluth-directed animated pic. In it, an orphaned brontosaurus named Littlefoot sets off in search of a land of lush vegetation where dinosaurs can live in peace and thrive. Along the way he meets four other young dinosaurs, and they must join together and fight off an evil predator. Sounds like that might be a pic with some sharp-toothed problems, but these heroic dinos are of a more kid-friendly stripe.

OK, how about another kid classic for your younger toy fans.

The Indian in the Cupboard (PG, 2001): Based on a popular children’s novel, this Frank Oz-directed pic tells the story of a kid who gets the odd gift of a wooden cupboard for his birthday. But then he discovers that this magical container can bring his little plastic cowboy and Indian toys to life. Our Bob Smithouser noted that this fantasy pic had a few incidents of mild profanity. But he also appreciated the movie’s imagination and its message about the value of respecting others. “Parents of preteens can choose to talk through [some small problems] and take advantage of what is, overall, a warm tale filled with worthwhile discussion material,” Bob said.

And for something a bit more grown up:

Unbreakable (PG-13, 2000): David Dunn is a blue-collar guy from Philadelphia who emerges unharmed as the sole survivor of a devastating train accident. He then meets a mysterious stranger who suggests that David might well be a very real superhero, a member of a small group of advanced people that comic books tell us about. This M. Night Shyamalan psychological thriller has its weaknesses in some of its violent depictions, but it’s also fun and raises some solid thoughts about heroic choices and the positives of working through marital woes. Or as Bob Smithouser put it: “Unbreakable has honorable intentions and gives mature viewers a lot to think about.”

The Iron Giant (PG,1999): In this animated adaptation of Ted Hughes’ Cold War fable, a giant alien robot crash-lands near a small town in Maine in 1957. A 9-year-old boy named Hogarth discovers the robot—which is suffering from a dented head and the loss of his memory banks—and the two become unlikely fast friends. But how do you keep a mountain-sized robot under cover? And what if he hasn’t exactly … come in peace? This is a fabulous film packed with humor, emotion, adventure and a touching message … along with a bit of rust. Or as our Bob Smithouser put it, “Unfortunately, edgy [Warner Bros.] sensibilities (some violence, subtle bathroom humor and nearly a dozen mild profanities) mar what could have been a delightful movie for all ages.”

If that’s a bit too much edge for the kids, however, there’s always Charlie Brown. No giant robots, but there are rafts in a raging river.

Race for Your Life, Charlie Brown (G, 1977): The Peanuts gang goes to summer camp, and they participate in a river-raft race against some cheating bullies. Hey, you thought only Star Wars hit the theaters back in 1977? Nope, good ol’ Charlie Brown was playing then, too. And now you can see what everybody at the movies were really talking about in the ‘70s.

Not a whole lot of family friendly additions to bark about here this month. But Disney is putting a lot of tug-and-pull into the May 28 release of Cruella—a darker, more edgy origin story for that old villainess who had a thing for soft puppy fur. Check back with Plugged In later in the month and we’ll give you all the chew-toy details you crave.

Willy Wonka & The Chocolate Factory (G, 1971): This is the tale of a young boy who finds the last of five coveted “golden tickets” wrapped up in his candybar. A golden ticket promises mysterious great fortune. And this kid and his grandpa, along with four other “finalists,” get a tour of the strangest chocolate factory in the world. But beware of the sugar sweet snares along the way.

Hey, if you’re going to visit the oh-so-peculiar Willy and his chocolaty lair, skip the more recent Tim Burton/Johnny Depp effort: The original entry door is the only way to go. There’s still plenty of bizarreness to peel the tin foil back from, but this one’s more fun-minded. Psst, be careful of that delicious-looking gum.

God’s Not Dead (PG, 2014:) After he refuses to disavow his faith in class, a devout student must prove the existence of God or be hit with a failing grade. “The story is sometimes melodramatic,” our Adam Holz said in his review. “But God’s Not Dead can always be seen focusing on the simple power of testifying to the Truth, no matter the cost.”