What to Do About Disney? 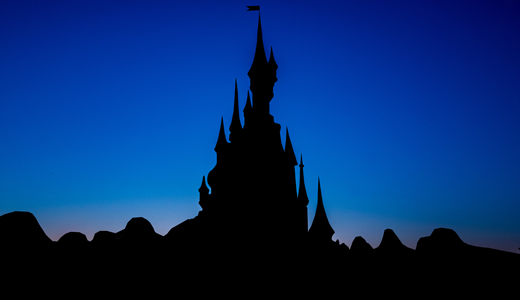 I grew up with Disney. You probably did too.

My Disney memories are idiosyncratic: I remember seeing the original Pete’s Dragon and The Cat From Outer Space in the ‘70s. Then there was that Sunday night staple in an era when we only had three network channels, plus PBS (oh, the horror!): The Wonderful World of Disney. How many Sunday nights did I spend cuddled up on the couch, taking in a delightful Disney story? Many. They’re lovely memories.

Disney’s movies and shows always stirred playfulness, frivolity, imagination and a dollop of courage into stories brimming with wonder and delight. Nothing in the entertainment world was “safer” than Disney. That was the brand’s promise to parents. That’s the way Uncle Walt wanted it.

I believe the Mouse House is still capable of producing those kinds of stories. The 2016 remake of Pete’s Dragon comes to mind. But increasingly, when we think about Disney, imagination isn’t the first virtue we think of. We may well instead recognize the entertainment icon’s cultural shift and, increasingly, its embrace not of wonder, but of wokeness.

The last week has given us plenty to ponder on this front. Leaked internal Zoom videos featured at least three Disney executives expressing their commitment to pursue and embrace the LGBT agenda. Those statements came amid outcry on the political left about a new Florida law that protects children from kindergarten to third grade from being instructed by schools on the topics of gender identity and sexual orientation.

In response, Karey Burke, president of Disney’s General Entertainment Content, told her fellow employees, “I’m here as a mother of two queer children, actually. One transgender child and one pansexual child, and also as a leader. … We have many, many LGBTQIA characters in our stories, and yet we don’t have enough leads, and narratives in which gay characters just get to be characters.” Burke went on to express her—and the company’s—commitment to 50% of Disney characters being LBTQ or racial minorities in future projects.

Meanwhile, Disney’s diversity and inclusion executive, Vivian Ware, announced that the company’s theme parks would exchange the phrases “ladies and gentlemen” and “boys and girls” with “dreamers of all ages.” And executive producer Latoya Raveneau added that her team has embraced a  “not-at-all-secret gay agenda” that includes “adding queerness” to kids’ shows. And there’s word that future shows will cease using gendered pronouns as well.

Disney has, of course, been including subtle nods to LGBT characters and ideas for quite some time now, with Beauty and the Beast (2017) and Andi Mack (2019), among many other examples in the last few years. It’s gotten to the point where we, as Plugged In reviewers, simply assume that there will be a nod to this worldview somewhere in any given show or movie. So we keep our eyes peeled for these sorts of characterizations.

But it looks as if we may not have to squint as hard any more to make sure we don’t miss these subtle moments of dialogue or images in the background. Because there’s nothing subtle about Disney’s muscular advocacy for integrating a pro-LGBT philosophy into everything it does.

We’ve noticed that in newer Disney+ shows such as The Proud Family: Louder and Prouder and recent movies such as Better Nate Than Ever. Instead of a passing, subtle allusion to a same-sex relationship or attraction, these offerings wear their LGBT bona fides in ways that are impossible to miss. And we can expect much more to come, if the promises from Disney executives above are taken at face value.

Disney, of course, owns the rights to a veritable treasure trove of pop culture franchises. In addition to the litany of classic Walt Disney films that stretches all the way back to 1937’s Snow White and the Seven Dwarfs, Disney owns Star Wars, Marvel, ESPN, ABC, National Geographic, 20th Century Studios (formerly 20th Century Fox), Hulu and more. It’s a vast, influential catalog of stories that many of us grew up with—stories and characters woven into the fabric of shared culture.

So where does that leave fans and families who once cherished Disney’s iconic stories, but who can’t abide the company’s activism? It’s a complicated question. Many families may well decide that the time to cut the Disney+ cord has indeed come. Might be time to dust off those old Star Wars DVDs and see if you can find that old remote, too.

Even for those who make a clean break with Disney, though, I think we’d do well to remember that the mainstream culture continues to move further and further away from an easy, happy and natural coexistence with a Christian worldview. We may be saying no to many new Disney offerings moving forward, but those stories continue to shape hearts and minds in the culture around us. They reflect and reinforce a way of thinking, acting and believing that’s often at odds with our own biblical convictions.

What these ongoing shifts in our culture require of us as parents is the willingness and the intentionality to help our children understand the why behind our convictions, as well as summoning the courage to potentially walk away from a brand that has veered so far from Uncle Walt’s intent.