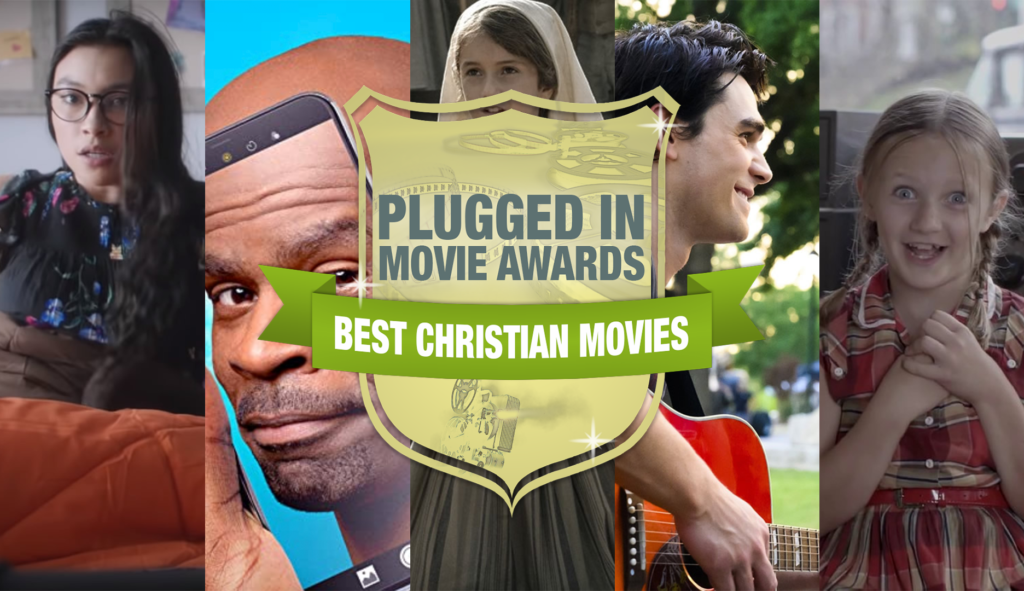 Nominations for our final Plugged In Movie Awards category lands … well, right below these few introductory sentences. It was a pretty interesting year for Christian movies, and our slate of worthy nominees feels more diverse than in some past years: From comedies to dramas, from events that took place more than 100 years ago to events that could’ve taken place yesterday, Christian moviemakers gave us a little bit of everything.

Some of these movies could be pretty challenging, too, so so be sure to check out our full reviews before you decide to watch. But if you have watched, we invite you to participate, too! Vote on Facebook or Instagram, or in the comments section right here. Let us know which of these movies struck a chord with you.

Fatima (PG-13): In 1917, three children ran into a strange woman as they herded sheep—a woman who says she came from heaven. So begins the strange, miraculous story of Fatima, which faithfully chronicles the events of Our Lady of Fatima—events the Catholic Church have more or less legitimized. This deeply Catholic story isn’t just about those apparently miraculous events, though: It’s about holding firm to faith in the midst of doubt and persecution, and it’s about following God—even when it means that we, or those around us, might suffer because of it. While the film does include some violent moments, Fatima revolves around its deep sense of faith and invites us to believe in miracles.

I Still Believe (PG):  When Christian singer Jeremy Camp’s soon-to-be wife was diagnosed with ovarian cancer, everyone around her prayed for her to be healed—and that prayer was answered. Melissa was miraculously cured. They got married and were excited to share their story with the masses and bring glory to God. But God hadn’t finished revealing His plan for them. On their honeymoon, Melissa’s cancer returned. And sadly, there wasn’t a miraculous cure this time around. I Still Believe tells Melissa and Jeremy’s powerful and difficult story. It shows that even when we lay it all down at the feet of the Lord, we still might not get the answer we hope for. But I also shows us how this couple maintained their faith in God through all of it.

Selfie Dad (PG): Ben Marcus’ midlife crisis is coming at him from nearly every direction. Things aren’t great at home with his wife or kids. Work’s no picnic either. And he’s pretty much shelved his youthful dream of becoming a stand-up comedian. On top of that, Ben’s faith—he attends church with his family each week—is mostly a superficial show, too. That’s when his son introduces him to the video platform UToo. Suddenly, Ben has an idea: Maybe he can be a stand-up comic after all. Sure enough, Ben’s new video channel soon takes off. Now likes, sponsors and money are coming at him from nearly every direction. There’s just one problem: He’s sacrificing almost everything in his life that matters to make it happen. Soon, Ben (played by Christian comedian Michael Jr.) will have some choices to make about whether he cares more about fame and fortune, or faith and family in a dramedy designed to remind dads, especially, what matters most in life.

Switched (Not Rated): Cassandra Evans is the target of repetitive bullying from the school’s most popular girl, Katie Sharp. But Cassandra is sick and tired of being made fun of. She’s ready for a change, especially after Katie posts an embarrassing video of her that goes viral. Cassandra tries to practice what her mom is always telling her: Lead with love. But that’s a little hard when the person you’re supposed to be loving is so horrible. So, Cassandra asks God to allow Katie to experience what it’s like to live even one day in her shoes. The next morning, she and Katie get a surprise: They’ve switched minds. Now, the girls will have to live their daily routines as the other person. And, perhaps along the way they will both learn what it’s like to love your most unlovely neighbor as yourself.

When We Last Spoke (Not Rated):In 1967, in the small town of Fireside, two young girls, Evangeline and Juliet, were left with their grandparents while their mother essentially ran away and their father was killed in the Vietnam war. Although their mother promised to return, she never did. And while Evangeline and Juliet thrived for some time with their loving grandparents, the pain of abandonment eventually crept in. As days turned to years, it became obvious that it would take more than good memories to heal deep wounds. This Christian flick features a bit of light, sexual content, some mild war scenes and the use of one profanity. But what comes across far more powerfully is its messages about love, family and the power of forgiveness.