Checking In on the 2021 Box Office: Biggest Movies are Family Movies 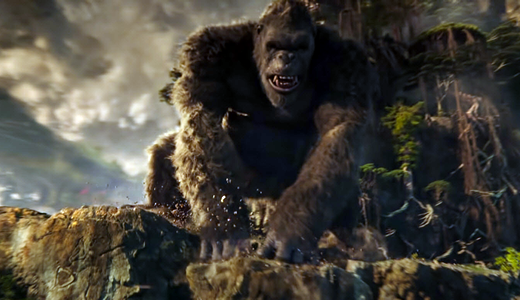 The coronavirus is still making a mess of things in the United States (and around the world, too). Even as we’re edging back to some semblance of normalcy, we’re not there yet—and indeed, “normal” may never look quite the same ever again.

And when you look at the year’s cinematic box office figures, you see plenty of evidence of the return-to-normal, the abnormal and, perhaps, a new normal on the horizon.

First, here’s a quick look at 2021’s top movies thus far: Godzilla vs. Kong—which was considered to be the trumpet call to draw people back into theaters—has made twice as much as its next closest competitor, at $91.4 million domestically.

That total is far from normal, of course: In pre-COVID times, you’d expect Godzilla vs. Kong to have made three, four or even five times that. Still, it’s not exactly pocket change, either. The biggest movie released during the heart of the 2020 COVID era—Tenet—made less than $60 million.

Tom & Jerry stands second with $44.5 million, followed closely by Raya and the Last Dragon at $43.8 million.

Now, here’s where the “new normal” comes into play: All three of those films made that much at the box office despite being simultaneously released on streaming platforms.

Both Godzilla vs. Kong and Tom & Jerry could be watched from home opening weekend with a subscription to HBO Max, while Raya was available on Disney+ if you were willing to pony up $30. (It’s available for free on the site now.) Oh, and if you skip ahead to No. 5 on the list—Mortal Kombat with $27.5 million—it was a theatrical/HBO Max release, too.

Demon Slayer the Movie: Mugen Train is the only film in the top five to be released just in theaters—and it’s a surprise entrant at that. It’s earned $31.9 million in three weekends of release here in the states—not breaking records (like it did in Japan) but still padding its $432.9 million worldwide total.

Here’s something else I found interesting: The number of family movies that have done well this year.

Unabashed kid-pleasers fill half of the box office’s top six slots: Tom & Jerry; Raya and the Last Dragon and No. 6 The Croods: A New Age. Godzilla vs. Kong would lean a little older, but still PG-13.

It illustrates, I think, that as we look forward to normalcy, we find solace in family. We’re spending time together, even if it’s together in front of a movie or television screen. And several of these films offer pretty decent family viewing options if you’re not sure what to watch this week.