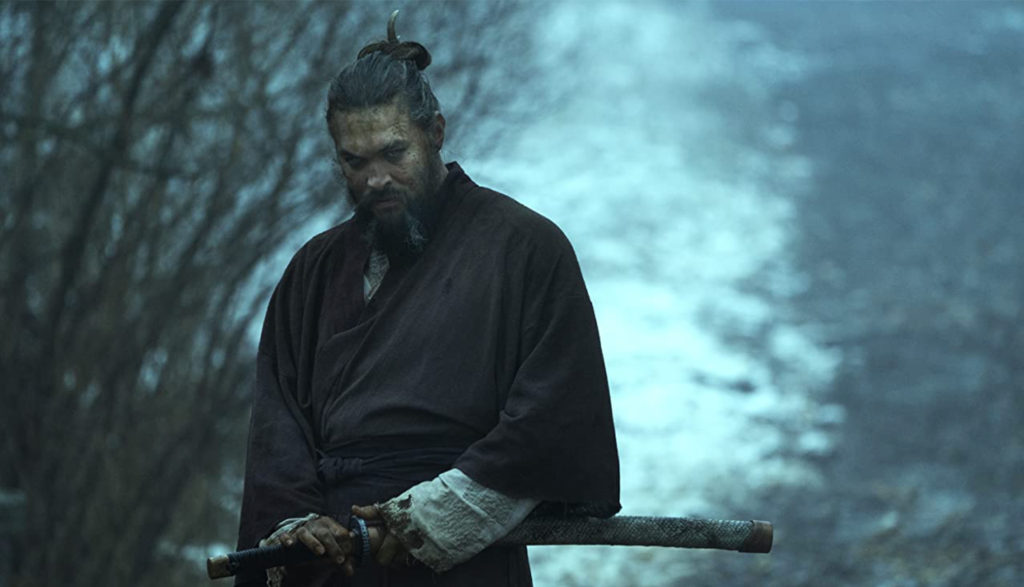 “In the land of the blind, the one-eyed man is king.” So goes the saying, anyway.

But turns out, that might not necessarily be true. In this dystopian land of the blind, they say that the one-eyed man is a witch.

It wasn’t always so. Once upon a time, most everyone could see. They could even see signs along the highways that told them they were in a place called Pennsylvania.

But that all changed in the early 21st century, when a virus swept across the planet and killed almost everyone. And those few million who were left? Totally blind.

A few hundred years later, humanity has figured a way to survive in a world of darkness. But if they could see, the land would not be all that pretty to behold. Society in what was once Pennsylvania has degenerated into a series of petty fiefdoms and primitive settlements, where friends and enemies are recognized through sound and smell.

But a few people can see—most or all sired by the mysterious Jerlamarel. But while Jerlamarel wants to turn the world into one filled with vision again, he takes very little interest in his actual children.

That’s where Baba Voss comes in.

Baba—an incredibly fearsome and heretofore ruthless warrior—serves as the adopted (and thus real) dad to a pair of sighted (and, as of Season Two, grown) children: Kufun and Haniwa. He’ll go to any length to safeguard them.

You wouldn’t think they wouldn’t need protecting, given their ability to see and all. But here—where the other senses have been honed to a needle point—they’re never quite safe. Queen Kane, who rules the Payan kingdom, has declared that anyone who can see is a living, breathing, walking sin. And in Season One, she was determined to exterminate anyone with working sight orbs as a witch. (No matter that Kufun and Haniwa’s mother, Maghra, is the queen’s sister.)

She’s apparently changing her tune in Season Two, having gotten herself impregnated by another of Jerlamarel’s kids (Boots). Now she aims to harness the power of sight for her own selfish reasons—assuming the child in her belly can see, that is.

But Baba has other family problems to worry about. His estranged brother, Edo, is commander general for the rival Trivantians—and he’s just as formidible a killer as his brother. And more than anything, he’d love to kill Baba. Why? Oh, something to do with Baba having murdered their father.

A Sight for Sore Lies

I’ll give See credit: The show’s premise is interesting. And certainly Apple TV+ pulled in an A-list cast—Jason Momoa, Alfre Woodard and, as of Season Two, Dave Bautista—to make it work.

I’m not the only one who doesn’t see much in See. Mainstream critics have been lukewarm at best, savage at worst. And some have even called the show out for punting good storytelling to the curb, relying instead on the show’s grim vibe and horrifically grotesque moments to garner attention.

And those moments are indeed incredibly grotesque. Body parts are hacked off with abandon. Torture is relatively common. Flaying the skin off of someone? Not completely unheard of, either. While most of the show’s perpetrators and victims can’t see the blood and gore, those in the audience certainly can.

Sex is a critical part of the storyline, too. Though nudity is brief, sexual encounters are nevertheless obvious and, in their own way, graphic. Jerlamarel apparently considers himself as something between a god and a stud animal, bedding as many women as possible to father this new sighted realm.

Oh, and another important element: Sex is a key part in the realm’s religious practices—so much so that characters pray as they’re being, um, stimulated, either by someone else or themselves.

Speaking of religion: Plenty of folks talk about a monotheistic God. But this god’s a “she” and is often invoked in connection with fire (and called the Godflame). As we’ve often seen in television drama, many practitioners use faith as a tool to further their own selfish, unholy ends.

Language can be rough, lewd and quite profane, too. It’s almost as if the creators, in crafting the show, said to themselves, “You know, Game of Thrones was all right … for, like, a Nickelodeon show.”

The show is called See, and I can certainly see why. But the title comes with a bit of a warning, too. Because what burbles across the screen here can’t be unseen.

Baba Voss, son Kofun and the elderly shaman, Paris, are on a quest to rescue Baba’s daughter, Haniwa, who’s been captured by Baba’s estranged brother, Edo. Baba knows he must go alone, so he and Kofun slaughter a bevy of Trivantian soldiers to dress up in their armor. (“It doesn’t have to fit,” Baba says, stripping the breastplate off one. “It just has to carry his smell.”) But the imprisoned Haniwa discovers a startling secret: the woman guarding her can also see. Meanwhile, Queen Kane and her sister, Magdha (who’s Haniwa and Kofun’s mother), make their way to the queen’s new chosen capital. There, Queen Kane plans to make a stunning announcement.

The episode opens and closes with a pair of incredibly carnage-riddled scenes. In the first, Baba hacks several soldiers to death—cutting off legs, hands and heads as he does so. When Kofun skewers a soldier straight through but apparently doesn’t finish him off, Baba conducts a bloody lesson—stripping off some of the dying soldier’s skin and stabbing him in the gut again—this time pushing the blade around to apparently slice apart those organs a bit more. “You cut them up like that, I promise you, they’ll stay dead,” he says.

Later, Baba does the same with a number of new adversaries (who had betrayal on their mind). He breaks arms, snaps legs, skewers a man’s temple with what looks like a piece of wood and crushes a man’s middle with a table, while still engaging in his typically robust disembodiments. (He does spare the life of a young boy, though.) Blood gushes from all manner of wounds and orifices.

A man is tortured (though how is not immediately obvious). People fight. Someone crawls through a tunnel filled with hot coals, and is warned that he’d die from the heat in 30 heartbeats.

Queen Kane is apparently pregnant (we see her vomit on the road to her new capital), and she hopes that the baby she’s carrying is sighted. Because she’s earlier framed sight as a telltale sign of someone being a witch, she recasts her potentially sighted child as a gift from the kingdom’s deity. “He or she will be born with god’s gift of vision,” she says, stressing her god is the only true one. “God joined her spirit to mine.”

We hear references to the father of the baby, as well as the region’s female god (sometimes called the godflame). Someone seems to drink an alcoholic beverage. Characters say the f-word about nine times and the s-word another two. The crudities “b–tard” and “h—” are also uttered.