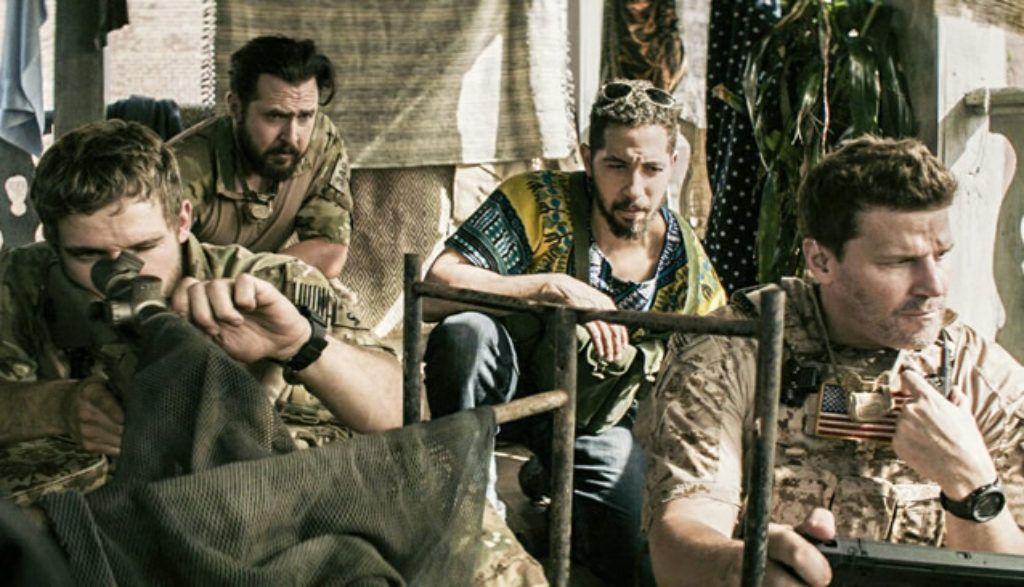 Toughest job in the world? That of a television reviewer, no question. So much TV to watch. Soooo much. And then, if that wasn’t enough, you’ve got to write about all that TV! I could sprain a finger, you know. And I won’t even get into the potential eye strain.

But being a member of the super-elite Navy SEALs would be right up there, too.

Afghanistan? Been there. Syria? Done that. Yemen? Chad? The Congo? If the need is great enough, there’s no place on earth this team won’t go. If the country decided to send them into North Korea, they’d be on the first flight to Pyongyang. Most of us would call them heroes, even though next to nobody even knows their names.

Well, unless you watch SEAL Team on CBS. Then you know all about them. Sorta.

The Brave and the Bold

Jason Hayes leads CBS’s version of this special ops unit, commanding a team that can crack any terrorist conundrum in about 43 minutes and making the world a little safer each and every week.

Forget the morally compromised antiheroes or the season-long sagas so popular on prestige television today: This is no Homeland. SEAL Team, like the members of the team itself, is distinctly old school. If there’s a bad guy to deal with, these operatives will see to it that he gets what’s coming to him, and they collectively perform with all the skill and grace of a surgeon. Sure, rarely do missions come off without a hitch or two (most of which pop up right before a commercial break), and sometimes team members get hurt or even die. But it’s also a rare episode that lets the villain skedaddle scot-free—a nice change, frankly, from the real world. Even when the missions themselves can get tangled in red tape or murked up by mixed motives, the unit members themselves are all about getting the job done—whatever it takes.

Ironically, it’s when the team returns home that the situation gets complicated.

Take Jason’s home life, such as it is. He may know exactly what to do in Mosul, but not so much during date night or a parent-teacher conference. His wife, Alana, suggests that he’s all SEAL these days and not much of a husband. “Somewhere in there, you stopped coming back,” she tells him, which explains why they’re now separated. (It doesn’t explain why they’re still sleeping together, though. They’re apparently estranged with the emphasis on the strange.)

Meanwhile, Jason’s young son, Michael, senses that weirdness at home and takes it out at school. When Jason and Alana are called into the principal’s office, for example, Michael’s guidance counselor tells the father that Michael’s been fighting at school and that “fighting is never an option.” Maybe not the best thing to tell a dad who fights for a living.

“Sounds to me like the world you’re preparing your students for is a world where if you ask really nice, the bad guys will leave you alone,” Jason says with a baleful glower.

Yes, every member of the SEAL Team has his own set of challenges, both at home and on the job. So it’s only natural that viewers who’d choose to watch ’em would be confronted with some issues, too.

CBS doesn’t seem interested in pushing broadcast standards with this conspicuously red-state show. It wants to focus on its heroes, not on any ancillary fallout.

But that doesn’t mean that SEAL Team makes for great family viewing. What we see—both at home and abroad—can get pretty messy. Missions almost always involve some form of violence; blood and death often result. And when things are peaceful out on the streets, the camera tends to move into the boudoir, where action of a different kind can sully the screen. Sex scenes, while not explicit, are not rare, either—and sometimes take the form of premarital or extramarital affairs. Language can be crude and, at times, profane.

Admittedly, it’s not as hard to watch CBS’s SEAL Team as it is to be a member of a SEAL Team—not even close. But that doesn’t mean that watching doesn’t come with a cost of its own.

The team is tasked with catching a Serbian war criminal known as “The Butcher of Travnik.” We learn that he was responsible for the deaths of more than 1,000 Bosnians. In flashback, we see weeping Bosnian civilians (including women and children) lined up against a wall and executed. We hear the guns and the screams, but don’t see the resulting carnage … or at least we don’t until we return to the present and examine a photograph of the massacre (along with another photo showing dead American soldiers). Elsewhere, someone’s painfully elbowed in the face. Shots are fired into a vehicle, though with no obvious casualties.

But while Jason’s confident about that mission, he’s less certain about responding to revelations about a fallen comrade. That late soldier, Nate, may have been having an affair before his death. Jason’s coworker, Ray, tells Jason to let Nate’s memory go unsullied. “Lying’s not necessarily deceit,” he tells Jason, ribbing him that he must’ve found Jesus. (Ray, apparently, has done just that—quoting Scripture with ease. But he also reminds Jason that Nate’s far from the first guy on the team to have an affair. And when Ray sees a picture of Nate’s supposed paramour, he quips that Nate “always had good taste.”) Jason seems to take Ray’s advice and lies to protect Nate’s secret.

We see Jason making out with his estranged wife, Alana: They’re both shirtless (she wears a bra), and they roll around in bed kissing. Later, we see them buttoning up after “fooling around,” as one of them calls it. Alana quips that it’s like they’re both 15 again, secretly making out in her uncle’s car. Elsewhere, Clay, a guy who’s trying to get on the SEAL Team, lounges around in bed with his girlfriend. They’re both apparently naked (though we only see them from the shoulders up), and it’s only their third date. So when the woman tells Clay that she’d like to meet his father, Clay suggests they wait on that step until “we know each other a little better.” “We should know each other a little better before we sleep together again, right?” she counters.

Someone jokes about having a homosexual relationship. Several characters drink beer. Clay’s father seems a little unsteady on his feet one morning, and he tells Clay that some old buddies took him out the previous evening. Someone lights and smokes a cigarette. Characters say “a–,” “b–ch,” “b–tard,” “d–n” and “h—,” and misuse God’s name once. 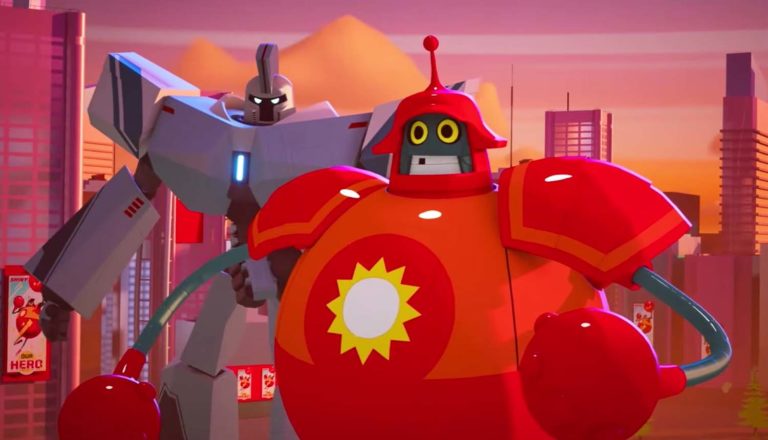