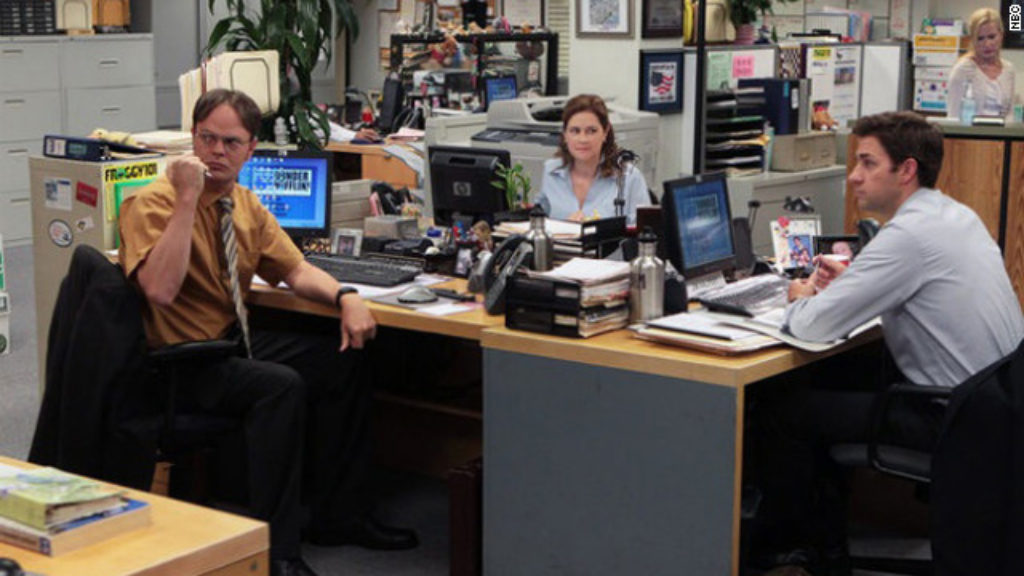 Starting life as a BBC sitcom in 2001, The Office zoomed in on the British working-class mindset and helped launch comedian Ricky Gervais’ career. The short-lived series (with a total of just 14 episodes) was so popular and critically touted that the concept was quickly adapted for the U.S. And here, just a quick jump across the pond, the show has run, oh, just short of forever (or, at least, since 2005).

With mocumentary panache, The Office captures the daily business of the Dunder Mifflin Paper Company office in sunny Scranton, Pa. For some unknown reason, a camera crew has taken up 24/7 residence in this cubicled workplace, tracking every glance, twitch, flirtation and highly inappropriate comment they see or hear.

They, and audiences, watched as show linchpin and self-proclaimed “World’s Best Boss” Michael Scott (played by Steve Carell) left at the end of the seventh season, replaced in the office’s hierarchy by goofy Andy Bernard (Ed Helms). They and we began wondering what would be the result of enigmatic Robert California (James Spader) swooping in to become the company’s new CEO. And they/we quickly saw firsthand how true the old cliché is: The more things change, the more they stay the same.

The rest of The Office is staffed with well-worn characters: There’s the sometimes violent and always power-hungry sycophant Dwight, who grew up on a beet farm and is now seemingly the company’s permanent second fiddle. There’s the office lovebirds—likable slacker Jim and once-bashful-receptionist-turned-outspoken-wife Pam. And lets not forget Angela, who obsesses over posters of babies dressed like adults. Or Meredith, the office drunk who once downed another employee’s alcohol-based hand sanitizer. There’s also a “token” gay guy and a Christian.

So for all of the show’s cockeyed caricatures and awkward comic “improvs,” things aren’t always harmlessly silly. Crude language, offensive religious stereotypes, booze guzzling and sexual (and homosexual) topics regularly pull up a chair in the Dunder Mifflin workplace.

In short, no matter who the boss is these days, The Office would be a terrible place to work. And it’s hard to imagine that someone would want to spend time there without getting paid for it.

With Michael gone and Robert California squirreled away in the conference room, it would appear to be a new day at Dunder Mifflin. But, nope.

When the worker bees discover a bisected list of their names written by Robert, they start buzzing in a hurry. And as the episode wears on, we learn that Robert really has separated folks into “winner” and “loser” columns. Is this some kind of bizarre motivational tool? Or just overt cruelty? Robert tells the staff, “Winners, prove me right. Losers, prove me wrong.” And then, in an act of unmitigated loyalty and magnanimity, Andy tells Robert just how special most of those “losers” are. (OK, he throws one employee under the bus, but it’s still a pretty special gesture in this show’s ethos.). Meanwhile, “winner” Jim cheers up his “loser” wife Pam by writing his own list: Under winners, he lists their family. Under losers, “Everybody else.”

Michael is practicing his Spanish for an upcoming vacation but is having trouble with the language’s gender-specific articles (el, los, etc.). To help keep things straight, he starts labeling objects with Post-it note drawings of breasts or a penis. But he forgets all about the Post-its when Donna, the cleavage-sporting manager of a local bar, shows up looking for a printer. And he jumps all over Jim and Pam’s sales pitch in hopes of “scoring” with her. (He gets a kiss by the end.)

The B-story features Dwight as an inept puppet master who pushes Kelly to step up for a “Minority Executive Training Program” in order to bump an African-American rival. Meanwhile, Kelly plots to turn a high schooler into an anorexic for a slight at the mall.

Along with one use of “h‑‑‑,” key lines include raw and sometimes downright offensive references to Indians, private parts, a female urologist “touching” a patient, and “sexuality and pus.”

Michael brings Jesus into the workplace. But not in a good way. The trouble starts when Jim selects Phyllis as the office’s official Santa, usurping Michael’s traditional seat in the jolly elf’s chair. Michael refuses to relent and dresses up as Santa too. When Jim objects, Michael dons another outfit—this time dressing as a Father Time/karate class-inspired version of Jesus. He invites everyone to join him in rediscovering the “true meaning of Christmas.” “Those who don’t, I forgive you,” Michael says. “But I never forget.”

In the end, he sheds the kitschy costume and … immediately makes things even worse. “Jesus sort of ruined the party,” Michael says. “Hurt, petulant Jesus.” And then he tells his office mates that “Christmas isn’t about Santa or Jesus. It’s about the workplace.”

Yeah. OK. We get the idea of satire. But on this one we’re lining up behind the worker bee who exclaims, “Wow, Michael, this must be obvious how wrong this is.”

There are other issues in the episode, too. Oscar makes cautious advances on a gay warehouse worker. And a sprinkling of mild profanity tops the dialogue. FBI: International is a CBS spin-off featuring agents who travel abroad to neutralize threats with a little language and a bit of violence. 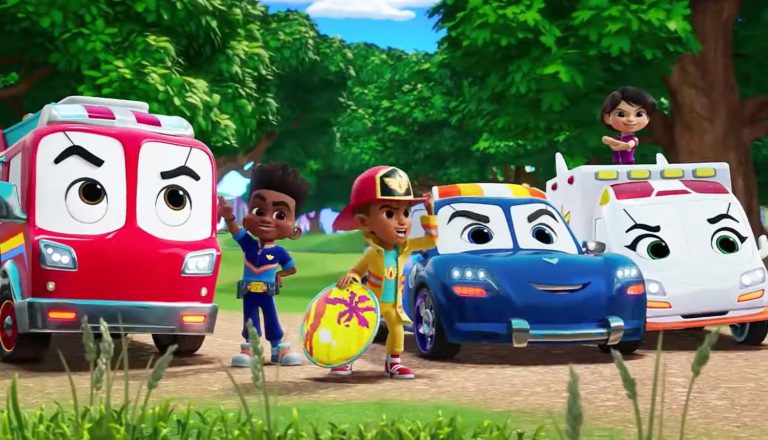