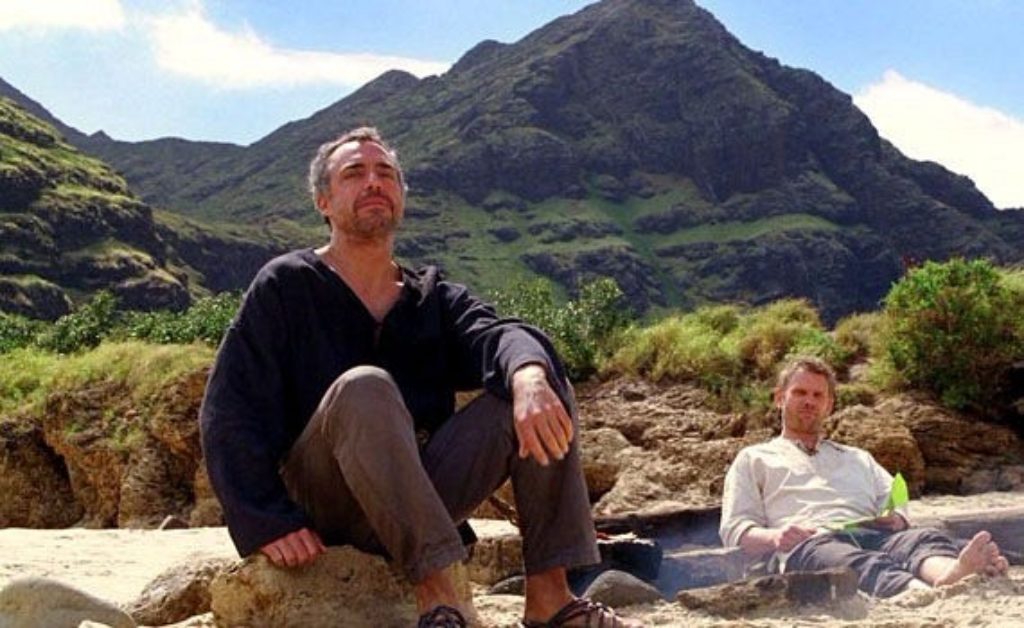 Why are we here? Is there an intelligent force controlling our destiny? How am I connected to others in the grand scheme of things?

Rarely does a network TV series ponder such existential issues. But on the Emmy-winning drama Lost, those questions haunt every castaway who survived the crash of Oceanic Air flight 815—not to mention the legion of young fans that tuned in each week before scurrying to share theories about the show’s latest developments on social networking sites.

Lost ended its six-season run May 23, 2010. But, like its characters, the show lives on in a strange netherworld—that of Hulu and DVD and video-on-demand. Which means for years into the future, new viewers will wrestle with the questions and concepts Lost raises—theories, mythologies and parables told within the confines of this mysterious island populated by polar bears, a freaky smoke monster and a group of people called the Others.

The place’s peculiar magic undulates, flames and flickers. It makes it possible for the lame to walk, the dead to visit the living and for entire geographic regions to travel through space and time. Lost’s ever-changing cadre of characters—Jack, Kate, Locke, Sawyer, Sayid, Jin, Sun and Hurley have remained at the core—forges its way into the future (and the past and a flexible sideways reality), sometimes coming to terms with the pain they brought with them (guilt, sin, unresolved family issues), sometimes succumbing to it. A few find themselves in the midst of an interesting paradox: It can take getting lost to find what you’re really looking for.

This stuff can be seriously confusing, if you haven’t noticed. It’s not for either the faint of heart or the sporadic viewer. And while the brain-blowing blending of sci-fi and spirituality keeps fans riveted even after the finale, the theological touchstones often feel off-center. At some junctures, Lost can almost seem like a Christian parable, populated by people of “faith” (who often bear the same names as biblical characters or Christian philosophers) and steeped in ruminations on good and evil, destiny and free will, sin and salvation. At others, we see hints of various isms, from Gnosticism to humanism to occultism, parading underneath a ruined statue that once represented an ancient Egyptian goddess. Episodes have incongruously featured, among other things, depictions of the staunch faith of a martyred African priest and the heretical assertion by one influential character that Jesus’ baptism by John was orchestrated to absolve Christ of His “sins.”

And there’s nary a decoder ring in sight to sort it all out.

Thought the Lost finale might have all the answers you were looking for? Not so much. For some viewers, the only visible light at the end of this tunnel is the one shining through the church door before the credits roll. “The End” is, true to Lost’s form, as much about questions as answers—a 150-minute rumination on faith, community, sacrifice, redemption and the nature of reality.

The episode is filled with content issues (curse words, fisticuffs, a gory knife wound, a shooting, several passionate smooches) and murky spirituality (a multi-faith “church” of sorts serves as a departure point for what might loosely be described as a free-form “heaven”). That symbolism is decidedly universalist. Other images, including a poignant moment of explicit, substitutionary sacrifice that saves the island, aren’t.

“I want you to know, Jack, you died for nothing,” the evil smoke monster/Locke says. Lost doesn’t agree. This finale argues that Jack died for something, after all—something special indeed.

Desmond, kidnapped by his father-in-law, is zapped by a massive electromagnetic device that jolts him into his “flash sideways” storyline. Once there, he’s asked to babysit a strung-out bass player named Charlie who tells him, cryptically, that the reality they’re in isn’t the real one. “I’ve seen something real,” he says. “I’ve seen the truth.” Desmond comes to believe him and begins a quest to meet/reunite with his true love and tell other Oceanic passengers that they’re living a lie.

Of course, some of his compatriots may prefer their “lie,” (as some are, in fact, dead otherwise). Regardless, this episode is short on spiritual themes and long on content: Somebody gets killed by the electro-device (we see the smoking corpse), a car crashes into a river and Desmond beats someone with an IV stand. He and others imbibe liquor (including a 60-year-old scotch) and use words such as “d‑‑n,” “b‑‑tards” and the British profanity “bloody.” God’s name is misused.

The twist that starts Season 6 (Lost’s last go-round) is that everybody’s been split into two realities: In one, they land safely in Los Angeles as if nothing ever happened. In the other, they’re still on the island, where a showdown is brewing between the Others and those aligned with Locke—or rather, Locke’s apparently evil doppelgänger, who reveals himself to be Jacob’s longtime (eternal?) adversary and the island’s resident smoke monster.

It’s a complicated thrill ride or mess, depending on your perspective. This season premiere is sprinkled with profanity (“d‑‑n,” “b‑‑ch” and “h‑‑‑,” for starters) and burdened with nearly continuous bloody violence.

Spiritual themes alternately brighten the landscape and muddy it further, touching on Christian ideas while dabbling in occultism. Characters communicate with the dead. Sayid’s been raised from the dead in a mysterious temple. And Jacob’s directing traffic from beyond the grave. Locke seems positioned as either the island’s resident serpent (Satan) or a judgmental, Gnostic-like god. Jacob seems to stand in as a Christ-like figure, even going so far as to allow Ben (at the smoke monster’s urging) to kill him without protest.