Loki was dead. There is no doubt whatever about that. He was one of the first victims of the Avengers’ biggest bad guy, Thanos in Avengers: Infinity War, and his demise was not pretty. He was no victim of the so-called “Blip” either, when Thanos literally snapped his fingers and exterminated half of all life in the universe. He was a pre-Blip casualty, which meant he was dead. Most certainly, most assuredly, most definitively dead.

Unless someone messed around with the space-time continuum to get all those Blipped folks back. Unless the Avengers decided to cruise back to 2012 New York, when Loki tried to take over the world (as chronicled in the first Avengers movie) and was very much alive (a few Hulk-caused bruises notwithstanding). Unless somehow the Tesseract—a magical blue cube that we later learned was a mystical Infinity Stone—somehow flew out of its protective casing to land at Loki’s feet, as happened in Avengers: Endgame. Unless somehow Loki picked up said Tesseract and used it to escape to places and times unknown.

The upshot of all this is, simply, this: Loki is dead—in the universe’s official timeline. And yet, somehow, Loki’s very much alive—and making good on his title as the god of mischief.

What do we need to sort this space-time conundrum out? A Disney+ show, of course.

Loki—or, at least, the Loki that escaped New York City in 2012—has no clue that, on some other timeline, he died a complex and tragic antihero. No, he’s still seeking to conquer the world. And then the galaxy if he can manage it. He’s strong! He’s magical! He’ll lie to anyone and everyone to get what he wants! Why, nothing can stop Loki. Nothing.

Well, except for maybe bureaucracy.

When Loki broke free of his 2012 bonds and started gallivanting across space and time, he drew the attention of the Time Keepers and the Byzantine organization they created, the Time Variance Authority. See, some time ago (or maybe some time in the future? Time gets pretty messy here), the Time Keepers saw that creation itself—happily spinning in a massive multiverse—was in deep trouble. Indeed, the various strains of the multiverse were at war with each other, so the Time Keepers somehow tidied the whole system up and set up just one universe with one “sacred timeline.” Moreover, that timeline is built of pre-determined events. Everyone has their place, and they’re supposed to play their part until the literal end of time.

Anyone who tries to escape this sacred timeline and plow their own destiny is a “variant,” and subject to apprehension. Loki is just such a variant. And turns out, all of Loki’s powers are nothing compared to the bureaucrats at the TVA.

But there’s another wrinkle in time. Another variant is on the loose, too—time-traveling across systems and epochs, luring TVA platoons to him and then summarily killing them. Why? Well, that’s what the TVA wants to find out.

Mobius M. Mobius is the TVA agent in charge of investigating these ambushes, and he’s not having much luck. But when Loki lands in the TVA’s clutches, he gets a hunch that this mischievous evildoer might just be the guy who can help him close this case.

The catch? Loki’s not the most trustworthy guy.

Be On Your Asgard

When Mobius suggests that Loki might stab him in the back, Loki is aghast. “I’d never stab anyone in the back!” he says. That’s such a boring form of betrtayal!”

“Loki, I’ve almost studied every moment of your entire life,” Mobius reminds him. “You’ve literally stabbed people in the back, like, 50 times.”

And thus we come to the promise, and peril, of not just Loki the character, but Loki the show.

Loki, the show, is smart and fun and surprisingly philosophical. The core story doesn’t just play with space and time, but with free will and predestination. And it ponders a really interesting, kinda spiritual question: Can people change? Christianity is predicated on that question, and the promise that lies behind it: Like Loki, we’re all pretty bad—twisted by selfishness and sin and circumstance. But we (like Loki, maybe?) still have a spark of goodness in us—a spark that God gave us when He created us.

In Loki’s appearances in the Marvel Cinematic Universe, we’ve seen that dichotomy at work. And the question of whether even one of the MCU’s most recognizable villains can be redeemed is an intriguing one.

But that storyline brings with it some peril, too. We have no idea where this villain will wind up. Will Loki find real goodness, like another Disney villain, Maleficent, found in her live-action stories? Or will he be a little more like Disney’s live-action version of Cruella, who’s still pretty bad but looks fabulous while being so?

And then, of course, we have the inescapable content issues. Language (including the s-word) isn’t pervasive, but it can get PG-13 harsh. Violence, and even death, can come to visit each episode. In a promo trailer, paperwork for Loki suggests that the character’s sex is “fluid,” and that fluidity could crop up elsewhere as the show goes on.

This is to say nothing of the show’s messy spiritual elements—not meant to be taken seriously, of course, but still problematic. Loki and his “godlike” status is a big deal here, especially for Loki. But the Time Keepers up the ante. In the first episode, Loki looks around the Keepers’ bureaucratic kingdom and wonders aloud, “Is this the greatest power in the universe?” The show itself seems to suggest, maybe. Disney+ has given us a handful of shows from the Marvel Cinematic Universe that aren’t just for watching; they’re for discussing. Add Loki to the pack. This entertaining romp is surprisingly thoughtful at times. But, like Loki himself, those thoughts shouldn’t always be left unchallenged.

Loki and Mobius begin to work together to track down a lethal time criminal who, they believe, is another Loki. Given that Loki is an unrepentant liar and betrayer on pretty much any timeline he inhabits, Mobius knows he’s taking a chance. And indeed, the partnership shows plenty of weaknesses. Ironically, Loki’s own duplicity works against him, with Mobius calling Loki “history’s most reliable liar.” But Loki does discover where the time variant might be hiding out: in the folds of time right before an apocalyptic event. In the moments leading up to the event, you see, nothing anyone there does matters, because they’ll all be dead shortly.

Loki comes across this little wrinkle in time when he discovers that his own world (Asgard) was destroyed. “Very sad,” Loki tells Mobius, seeming to feign a bit of grief. “Anyway, it got me thinking!” Later, to test the theory, Loki and Mobius go to Pompeii moments before Mount Vesuvius blows its top. (Everyone they see, both know, will soon be dead. And as Loki gushes about how “cool” it is to be there on the brink of such destructive history, Mobius advises him to show a little respect. “It is cool, but it’s not in good taste,” he says.) Then they head to a third apocalyptic event—this one in Alabama around 2050, when a Category 8 hurricane is about to destroy a local community there. We don’t see anyone die as the result of these apocalypses, though both the volcano and hurricane do some pretty big damage otherwise.

The variant that Loki and Mobius chase kills some TVA troopers and kidnaps another. The variant also has the ability to take over other people’s bodies (“They usually survive” the experience, the variant insists); Loki and the variant get into a fight. We hear instructions to “perm” (essentially, vaporize) any other Lokis they see. We also hear about Loki’s propensity to literally stab people in the back.

Mobius’s supervisor offers him a drink. “I hope it’s a double,” Mobius says. We hear about a “temporal aura.” One character says the s-word during a fight. We also hear a couple of uses of “d–n” and a couple more of God’s name.

The episode digs a little bit deeper into the show’s metaphysical, and even spiritual, underpinnings, particularly the tension between free will and predestination. Mobius insists that change is only possible if the Time Keepers allow it, which Loki finds unbearably boring. In one scene, Loki leans over to Mobius and tells him a secret: “No one bad is ever truly bad,” he says. “And no one good is ever truly good.”

Loki falls into the clutches of the Time Variance Authority. It’s a humbling experience: He finds that magic doesn’t work in the bureaucracy’s bowls, and that pencil-pushers keep Infinity Stones (numerous, impotent and unremarkable there) in desk drawers. “Some of the guys use them as paperweights,” he’s told. But before the TVA passes sentence on Loki (a time-traveling criminal), inspector Mobius M. Mobius enlists him to catch another time-hopping bad guy.

The TVA is intended to look like a governmental bureaucracy, but their mission is tinted with spiritual import. Loki is charged with crimes against the “sacred timeline,” created by a trio of all-knowing, all-powerful Time Keepers. And when Loki is first brought into the TVA, a bureaucrat asks him if he does “in fact possess what many cultures would call a soul,” to confirm he’s not a robot. (The bureaucrat also takes a picture of Loki’s aura.) Loki makes several references to his status as the “god of mischief,” declaring to a magistrate that “a god does not plead.” A crime scene inside a 15th-century church depicts the devil in a stained glass window. A child, contemporary of the age, points to the window and tells Mobius that that’s the evildoer they’re looking for.

Loki has his clothes zapped away when he enters the TVA. (We see his bare chest, but his lower half is strategically covered.) We see him get smacked in the face by a rod; his facial skin flaps both painfully and comically with the force of the blow. TVA agents are killed. A time criminal is vaporized. We hear references to a “vast multiverse war.” We see flashbacks of violent moments in Loki’s own past, including when he stabbed Agent Colson (in the original Avengers movie) and when Thanos choked him to death (In Avengers: Infinity War). 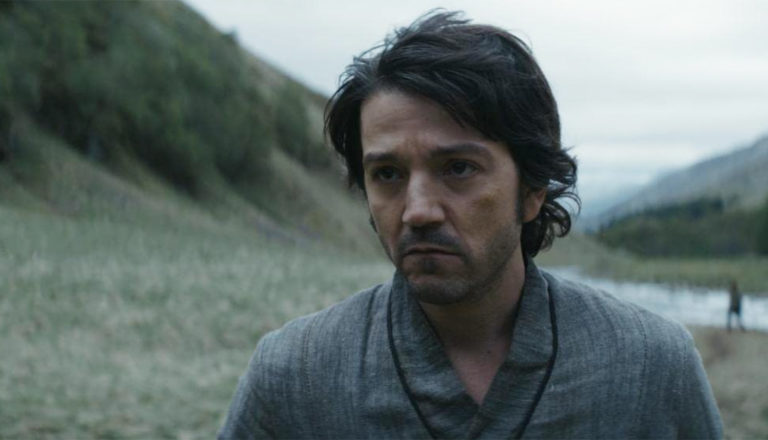