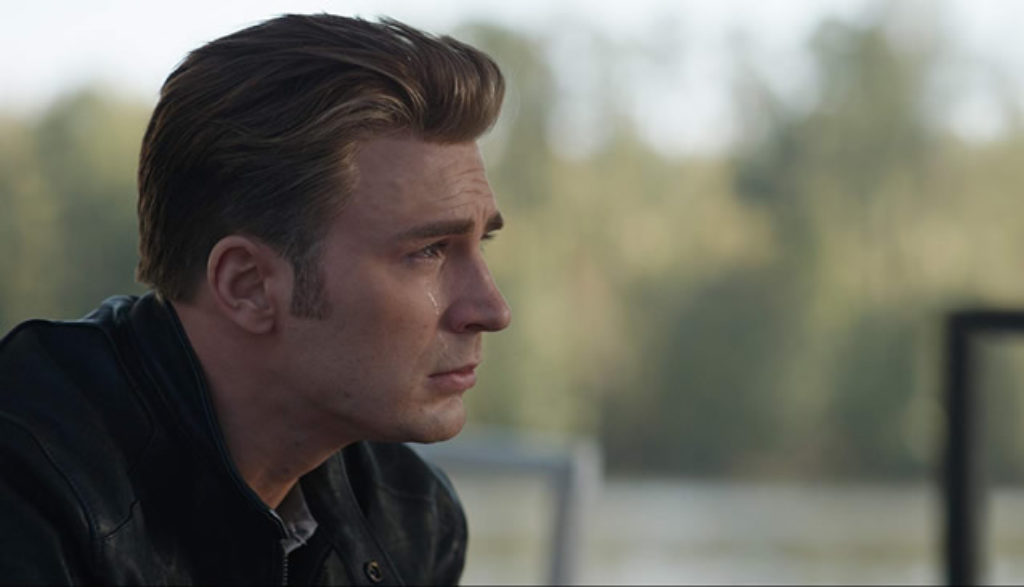 Half of the cosmos’ lungs were stilled, half its hearts were stopped. In an instant, billions of lives became so much ash, carried aloft by a breeze or breath. For you are dust, and to dust you shall return.

It wasn’t supposed to happen this way. It couldn’t … could it?

Sure, Thanos, the purple-tinged Titan, was strong. Boy was he strong—powerful enough to best Thor all by himself, brutish enough to give the Hulk an inferiority complex. For centuries—millennia, perhaps—he’d led his armies across the galaxy, conquering worlds and killing half their inhabitants. For the good of the rest, he claimed. Small consolation to those he massacred.

But the galaxy’s an awfully big place, and Thanos was tired of messing around. He began to search for its six Infinity Stones, objects created before the dawn of time, each bestowing godlike powers. If he could claim them all, Thanos’ nihilistic ambitions would be unstoppable. Inevitable.

But is Thanos’ victory truly an inevitability? For years (chronicled by several movies), a motley collection of superheroes has managed to wrest those selfsame Infinity Stones from lesser villains: Thor bottled up the red Reality Stone. Doctor Strange claimed the green Time Stone. The ragtag heroes from Guardians of the Galaxy took the purple Power Stone away from Thanos’ own lackey, Ronan. And so on.

We believe that good is stronger than evil. We believe in our happy endings. And in fight after fight, movie after movie, our faith was rewarded.

And then came Avengers: Infinity War, and everything changed. Good lost. The happy ending never materialized. Thanos walked into the sunset as the credits rolled, leaving the galaxy to grieve. End. Done. Finished.

But is it? Could the grave that Thanos dug for half the universe still give up its stores?

Steve Rogers, aka Captain America, leads a support group to encourage others to move on from the Snap. “The world is in our hands,” he tells them. “It’s up to us, guys, to do something with it.”

But in a private moment with friend Natasha Romanoff, he admits he’s not ready to follow his own advice.

Yes, the clock struck zero, and the surviving Avengers’ opponent has left the field. But not all of Earth’s Mightiest Heroes are ready to call it a day.

Maybe—just maybe—there’s a way to win yet.

Heroism is, obviously, an integral part of being a superhero—it’s in the job title, after all. And we see loads of it here. I’m not going to go into great detail here (or anywhere else in the review) in an effort to preserve the movie’s twists. But briefly …

Some of the main characters here are seeking redemption—story arcs that, in some cases, began several movies ago. Take Natasha (aka Black Widow), for example. She was once a Soviet assassin before she had an offscreen run-in with Clint Barton (Hawkeye) before the Avengers even came to be. Since that time, she’s worked hard to earn her place as an Avenger. She was inspired by her fellow superheroes, she says, to be a better person. They became her family. “And even though they’re gone,” she says, “I’m still trying to be better.” Several separate story strands in the film also emphasize the importance of parents’ relationships with their children.

Others, such as Captain America, don’t necessarily need redemption or closure. Steve Rogers simply wants to do what’s right—no matter how difficult or dangerous it might be.

I needn’t say, of course, that tangling with Thanos a second time will be both difficult and dangerous: All the heroes who take part in Endgame know that this could be their last rodeo. And a few have significantly more at risk this time ’round, to boot. But while that might give one or two pause, it doesn’t stop them. After all, doing the right thing is often the risky thing, too. Not a bad lesson, that.

Though not explicitly spiritual, Endgame does have certain undercurrents of faith and belief to note. At least one character notes how things seem providentially aligned for him to perform a critical task. “It’s like I was made for this,” he says. (It’s not the only time that one might see evidence of a higher power at work, either.)

At least one character expresses faith in an afterlife. And as noted, sacrifice and redemption are big themes here. Though they’re not viewed from an explicitly Christian perspective, of course, these themes definitely take on greater resonance when viewed through a Christian lens.

We also see lots of what looks to be magic at work, too, including “energy shields” that seem to have runes or magical symbols emblazoned on them. A couple of characters apparently have a limited ability to metaphysically see into the future.

After the horrors viewers suffered through in Infinity War, Endgame seems to throttle back the carnage a bit. But don’t expect our heroes to turn pacifistic all of a sudden.

The Snap from Infinity War was difficult for everyone who survived, of course. One former hero in particular has become a bitter, rage-driven vigilante, someone who violently wreaks bloody revenge on any bad guys he can catch and kill. In one such encounter that we see, that character kills a crime boss with several slicing (but bloodless, as far as what the camera sees) sword thrusts and swipes.

A character has his head lopped off: In replay we see a bit of blood appear to squirt from the neck. An arm is hacked off as well. Another character’s “flesh” is melted off the forearm, revealing skeleton-like robotics underneath. A character is tortured, while several others are trapped underneath loads of rubble. A few folks nearly drown, and another comes close to death through lack of oxygen.

A ship blows up a building. A superhero blows up a ship. Lots of things blow up, in fact. We also see roughly three bazillion battles, sometimes mano-a-mano, sometimes swarms of folks attacking just one character. People and creatures get impaled, stabbed, sliced, hacked, disintegrated, shot, thrown like ragdolls, hit, kicked, stomped (and in at least one case, squished) and otherwise hurt. Some characters die.

There’s talk of lopping off someone’s arms and shoving them where the sun don’t shine. People crash through windows and fall off ledges. One person is rendered unconscious with the touch of a scepter. Someone threatens to “shred the universe down to its last atom.”

If Endgame ratchets down the violence a notch from we saw in Infinity War, it ratchets up the language. We hear at least eight s-words (one from former profanity critic Captain America) and perhaps one very indistinct f-word during the action. We also hear “a–,” “b–ch,” “d–n,” “h—,” “p-ss” and “d–k.” God’s name is misused about eight times, including twice with the word “d–n,” while Jesus’ name is abused once.

A character spends a good chunk of the movie drunk or tipsy. We see him imbibing several bottles of beer (and catch a glimpse of some barrels of beer meant for him), and he talks fondly of wine and Bloody Marys as well.

Beginning with 2008’s Iron Man, 22 movies have now rolled out under the auspices of the official Marvel Cinematic Universe. Collectively, these movies have made more than $7.3 billion in North America alone. You could point to other films that arguably launched the superhero-centric entertainment world we know today, but there’s no question which franchise defines it.

But while the MCU is primed to move on (with loads of movies and television shows in the works), Avengers: Endgame marks a definite finale. It closes the book on one of moviedom’s most remarkable success stories.

And a fitting finale it is.

Listen, this movie’s not perfect—not by a Thor-swinging hammer throw. The story’s particulars are sometimes confusing and occasionally nonsensical. The pacing isn’t always on point. And in terms of family viewing … well, it’s got all the violence we’ve come to expect from MCU properties, along with more language problems. Endgame is not a stroll in the park for either eyes or ears, especially for littler superhero wannabes.

But if you’ve already invested in this cinematic saga—if you laughed through Thor: Ragnarok and cried through Infinity War and occasionally shouted “Wakanda forever!” be assured that Endgame is eminently satisfying. This finale reminds us of movies gone by, celebrating the heroes we’ve come to know and giving them, I think, a fitting coda. And the heroes here are heroic—sometimes displaying qualities that perhaps we could all stand to embody more: courage. Sacrifice. Humility. Redemption.

In a way, I wish Endgame was the end—that Marvel and Disney would put away their superhero storyboards for a few years before the inevitable reboots. I know that won’t happen, of course. Deals are signed and inked already, and the profits are too great to ignore.

But this film, like a great dessert, is worth savoring a little—before we head back for another appetizer.

Avengers: Endgame is finally here. But for parents, the endgame of growing godly adults is still underway. Take some time to talk about the future with your children. Who has God created them to be? What do they feel their purpose in life is? These are big questions, but we can start the journey, just as the Avengers started 22 movies ago: one adventure at a time.

Aspiring to be a Hero: Lessons of Great Women and Men (Part 1 of 2)

These are the Heroes of Today