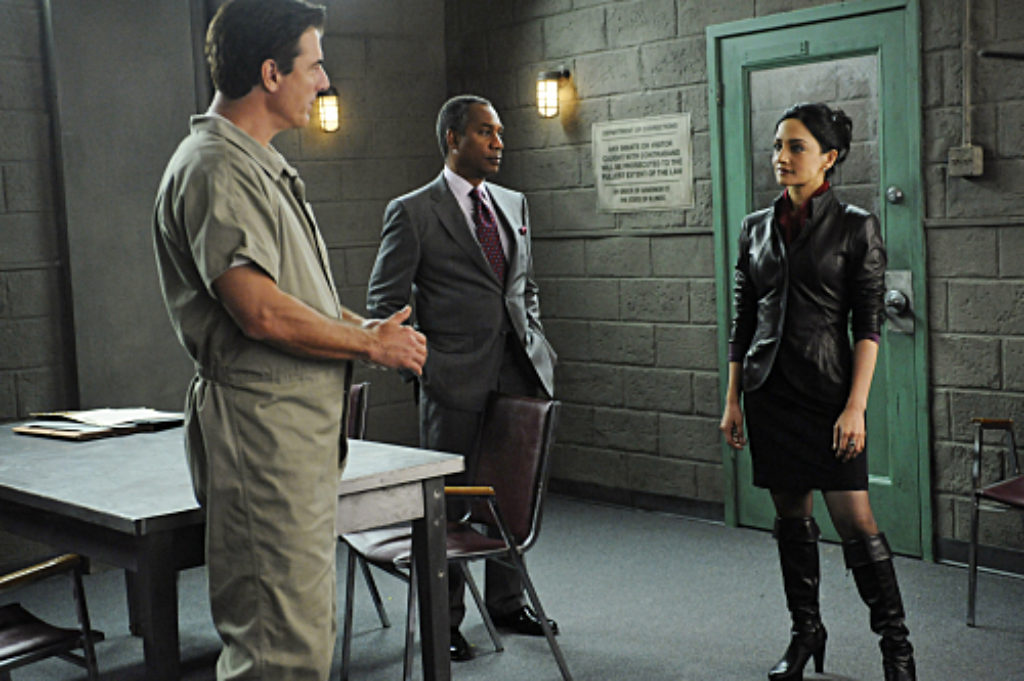 Talk about for better or for worse.

After her powerful state politician husband, Peter, is thrown in jail on corruption charges and caught in a tawdry sex scandal, Alicia Florrick reboots her life as a defense lawyer and single mom. It’s easier said than done. Alicia must battle the shame that came with her husband’s personal failings and political missteps, the pain of losing friends, the heartache that comes from watching her children undergo a humiliation they never asked for and don’t deserve—all while re-learning a career she left behind oh-so-many years ago.

She proves to still be pretty good at it. The Good Wife showcases a confident and talented Alicia, winning cases for her clients even as she navigates the often murky ethics of this made-for-television justice system. As the seasons tick by, her husband gets out of prison and becomes Illinois’ governor, and Alicia begins working for a new law firm that tangles with her old bosses. Through everything, somehow, she’s respected by one and all—if not always loved.

The same could be said of the show. By CBS’ standards, The Good Wife is top of the line, roping in solid ratings and getting nominated for a bevy of Emmys. But from a Plugged In’s perspective, it’s down a few rungs from that.

It’s the show’s ethos that is most consistently problematic, though. Alicia’s high-priced law firm is paid to get its often well-heeled clients off the hook, and its attorneys will do nearly anything to keep that reputation intact—sometimes breaking the spirit, if not the letter, of the law. The district attorney’s office seems little better. In The Good Wife, justice is regularly served in spite of the legal system, not because of it, fraught as it is with ethical conundrums. Those issues seem intended to inspire deeper thought and dialogue—not to be excused or forgotten. But they do make the show a bit prickly to pick through. And for those who treat it as watch-enjoy-and-forget-it television, the stories’ complexities can fade under a gauzy film of legal showmanship.

There are spiritual concerns as well. In a recent episode, atheist Alicia and her Christian daughter, Grace, wonder whether Alicia’s one-time boss, colleague and lover is now in heaven. Grace (who does not have a mature grasp of theology, perhaps) says that Will must surely be with God now, in heaven.

Alicia pauses. “He did some bad things,” she admits, “but he did them because he wanted to be good.”

And therein lies the danger of The Good Wife, a show that muddies both bad and good and asks its viewers to wrestle mightily with shades of gray, not knowing which way lies ethical salvation, and not necessarily believing in such a thing at all. With so much legal wrangling, subterfuge and shady dealing, it’s easy to lose sight of what’s up and what’s down. It’s easy to forget what’s right and applaud instead what’s clever.

Alicia’s lover/colleague/boss/rival Will Gardner is dead—shot by his own client in court. And now Alicia wonders what his last thoughts about her were. Was he angry or conciliatory? She just doesn’t know, and she’s forced to settle for condolences from Peter, whom she’s still with but no longer loves.

We see flashbacks, both real and imagined, of the shooting. And we see the courtroom in the murder’s aftermath, huge red pools, stains and smears on the floor. We hear that a witness also died in the shootout, and a prosecutor took a bullet while trying to protect Will. Kalinda and an associate trick a guard into leaving the suspect (who is on suicide watch), and Kalinda offers the guy his belt—a tool to kill himself. She then withdraws it, saying he’ll have to live with what he did. When she visits Will’s body in the morgue, the camera zooms in on his open eye and lips.

A theological discussion about heaven and whether Will is with God has Alicia probing what it might be like “if there is no God” or “goodness,” how our existence might be “truer,” how there might be less “wishful thinking” in the world. But Grace counters with, “Maybe always believing the bad, maybe that’s wishful thinking too.”

When a short-term female intern sobs bitterly at Will’s death, Diane fires her. We hear references to a man being unfaithful with a massage therapist. Characters say “h‑‑‑,” “p‑‑‑ed” and “shmuck.” They misuse God’s name.

“Battle of the Proxies”

In Chicago, Will defends a client in a horrific murder trial. Meanwhile, in a nearby county, another man is being tried for the same murder, and Alicia feeds the prosecution in that case choice bits of information. She struggles with her obligation to defend a man whom she learns is guilty.

When Alicia discovers that a search for condoms was done on her computer, she quizzes teenage son Zach, who says it wasn’t him (and that he would know to clear his browser history if it was). Then she asks daughter Grace, who recently started dating someone. “And he’s a Christian too?” Alicia asks, referencing Grace’s faith. Grace insists she’s being a “good girl.” But later, in the privacy of her own room and at her own computer, she begins typing in the search word sex.

Kalinda’s shady ex-husband appears to threaten Alicia. And Kalinda hits one of his henchmen with a car, knocking a gun out of his hand. She uses the gun to open a car trunk and discovers a cache of drugs. There’s the suggestion that Kalinda might then kill her ex.

We see pictures of a bloody baseball bat and a murdered woman who is facedown on the ground, garbed only in panties. We hear “h‑‑‑” four or five times, and God’s name misused two or three. Lawyers buy and quaff drinks.

Alicia is drafted to serve on a panel examining the police shooting of a civilian. While most panelists want just a cursory hearing to clear the police officer’s name, Alicia digs into the facts to try to uncover the truth. But when some of those facts lead uncomfortably close to Peter, Alicia steps down. A prayer is said before the blue ribbon hearing begins—one in which Alicia conspicuously does not take part. But a pastor on the panel sides with Alicia in trying to uncover what really happened, graciously ceding his own questioning time to Alicia.

A female FBI agent looks into Kalinda’s business affairs—with an entirely different kind of “affair” in mind. She even goes so far as to use her position of authority to coerce Kalinda into a relationship. To make a point, Kalinda goes to lunch with her, stroking the agent’s hand and suggesting they get “intimate” right there. As she expects, the agent balks, embarrassed by the thought of being seen.

Alicia’s firm defends a college student against a murder rap, encouraging him to turn against his pregnant girlfriend. Will tries to convince the boy that his girlfriend was having an affair, plopping down her phone records as “proof”—even though Will knows she was calling her ob-gyn. Will also tries to “lose” the murder weapon by telling an apparent street thug where it’s at, hoping he’ll take it. And in his mind, doing so is merely “on the line,” ethically. For the record, Will’s client eventually confesses to the murder—even though his girlfriend actually pulled the trigger—to keep her out of prison.

Owen comes to visit after cheating on his (male) lover. He has a conversation with their mother about his sexuality—touching on whether homosexuality is genetic or a choice. “If it’s so good, they should be allowed to choose it, shouldn’t they?” the mother says. Owen says fellated twice. His mother frets that Alicia’s middle school-age daughter might be homosexual after she sees Grace holding hands with another girl.

Characters drink to excess. Will and his girlfriend kiss, and she says she wants to take his pants off. They joke about her having an affair. There’s lots of lying and subterfuge. “D‑‑n” pops up, as do irreverent uses of God’s name.

Alicia takes on a new client named Kenny—an aimless but harmless teen who’s been charged with murder. But the case is trickier than it looks. For one thing, Kenny’s buddy has turned into a prosecution witness, and he’s now lying that he saw Kenny kill the guy. For another, Kenny’s the son of one of Alicia’s ex-best friends—a woman from the same wealthy neighborhood Alicia used to live in when Peter was the county’s attorney general.

We see Kenny cart around a small bag of weed. And he’s eventually charged with trespassing and possessing a drug, and he’s sentenced to community service and mandatory drug counseling. The light treatment makes it seem like his drug use isn’t that big of a deal—though when Alicia talks to the boy’s father, he expresses his pained disappointment.

A smattering of profanity includes “h‑‑‑” and “a‑‑.” God’s name is misused. And someone makes an obscene gesture (out of the camera’s focal range). A flashback shows Alicia and Peter in bed together; Alicia gouges a fingernail into the headboard during sex.