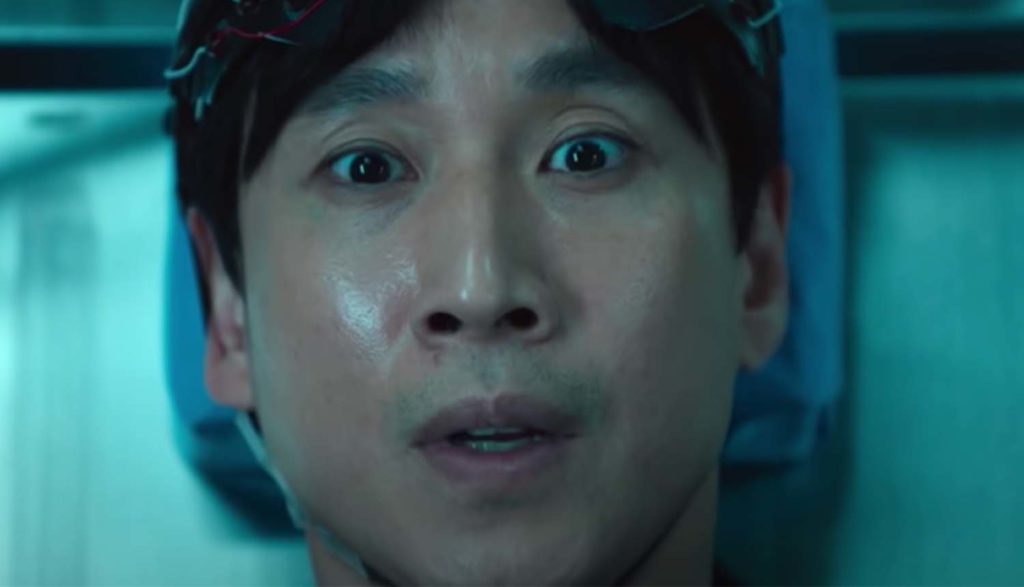 We tend to think of life and death as a binary condition. Either you’re alive, or you’re not. And that’s largely true.

But talk to those familiar with death—doctors, nurses, hospice chaplains and others—and they’ll tell you that, sometimes, the line between life and death isn’t so obvious. It’s a bit more like sinking in a tub of water than leaping over a line: You’re dead by degrees.

Turns out, Miracle Max from the Princess Bride was more right than we knew.

Sewon knows so, too. He’s spent his entire career studying the brain, seeking to understand its deepest secrets. And now, it seems, Sewon has discovered a biggie. The term “brain dead” is pretty deceptive. Because for Sewon, death is when, for him, the brain comes fully alive.

The workings of the brain have fascinated Sewon since he was a kid—perhaps because his own brain is so different. Oh, he can think just fine. But feel? That’s something else again. And while he can function acceptably in society, that society—what with all its socializing and all—has always been a bit of a mystery. His coworkers find him cold, almost inhuman.

The tragedies he’s experienced in his life haven’t helped, perhaps—given that anyone he could get close to was snatched quickly away. He watched his mother die when he was just a boy. His own son, Doyoon, was killed, too, a tragedy that mentally destroyed his wife as well.

But if death has kept Sewon separated from the people closest to him, it may also be the catalyst to connect.

See, Sewon has figured out how to download memories from the recently deceased: He sneaks into morgues, hooks himself up to those fresh-but-nonfunctioning brains and sees, sometimes, what they saw—often what they saw last. And given that most of the folks that Sewon taps into died violently, the memories are rarely pretty.

But Sewon also finds that as he connects to another mind, he’s downloading some of their habits, too. He invites people out to lunch. The strict tea-totaller finds a yen for beer now and then. After one such brain dump, he even begins writing with his left hand—something he’d never done before.

But while all this would be fascinating in its own right, there’s a certain sense of urgency for Sewon. His wife’s lover was recently found murdered, and Sewon’s a prime suspect. He needs to find out what really happened to clear his name.

Parasite. Squid Game. BTS. South Korean entertainment is all the rage on both sides of the Pacific these days, and it was only a matter of time before Apple TV+ jumped into the fray. Dr. Brain is a high-gloss drama that Apple designated as its first Korean-language show, coinciding with the service’s launch in South Korea.

For fans of the 2015-19 CW show iZombie, Dr. Brain may feel a bit derivative. Both protagonists absorbed memories and habits from the recently dead—though iZombie protagonist Liv Moore did so by eating said brains rather than facillitating a pseudo-scientific transfer.

But even though Sewon isn’t chomping down frontal lobes with Triscuits, Dr. Brain still gets plenty messy. People die in shocking, sometimes horrific ways. Blood can drip and splatter and pour. Monstrous hallucinations can rise from the asphalt. This show manages to feel both grim and unhinged—a loony fever dream of a story that’s no fun to talk about at parties.

The series stays relatively in bounds otherwise—at least at this early juncture. We hear little-to-no foul language (at least according to the show’s subtitles). Sex and affairs populate the plot, but we’ve not seen these plot-points play out explicitly on screen. But as I mentioned, it’s still early. Given the lack of restraint we’ve seen with the show’s violence, I hardly think the creators would pause here.

Dr. Brain is, obviously, concerned with matters of the mind. But it’s also soaked in blood—lots of it. The decision for you or your family to watch? Well, it’s not brain surgery.

Sewon’s mom promised him that she’d “always be by your side.” She lied. Sewon watches as his mother is hit by a dump truck—remembering the collision in minute, painful detail. Decades later, Sewon’s a well-respected doctor doing what he sees as critical research into how the mind works. He hopes to develop a way for people to, essentially, read each other’s minds. But he has little success until one day, one of the rats he’s experimenting with dies during mid-transfer with another rat. The dead rat’s memory of a maze is successfully transferred, and Sewon believes the next step is a human test—a test involving him. And even though his boss nixes the idea, Sewon is not to be deterred.

Sewon fuses with the brains of two dead people (secreting himself into the morgue to make the transfer happen). Both died violently, and both have very obvious, bloody wounds to the face and neck. The memory of one includes a wildly violent end: A blood-saturated rock moving up and down in the camera’s view, apparently smashing the head or body of the victim.

Viewers see the death of Sewon’s mother in graphic detail—replaying the accident in slow motion a time or two later. We see the dump truck hit her body and throw it yards down the road and into another car. We see the injuries to her head as she flies in mid-air. We see her lying on the pavement, whispering the boy’s name.

An explosion apparently takes the life of someone else. We hear about a murder. Sewon sees a grotesque hallucination involving a pillar of heads and (apparently) blood and goo. Said pillar eventually seems to be sucked back into the asphalt from whence it came. After seeing another hallucination, Sewon nearly hits a pedestrian while driving a car. He retches on a sidewalk, and cockroaches flock to him suddenly—beginning to crawl on him.

The child Sewon takes a bath, and we see his bare back. People drink wine and beer. To access the parts of the brain Sewon wants to access, he literally screws a device onto the subject’s head (which would be extraordinarily painful if the subject was alive).

[Spoiler Warning] We learn that Sewon is keeping his wife—now comatose and likely brain dead—secretly alive in his own basement.