Show Me the Father 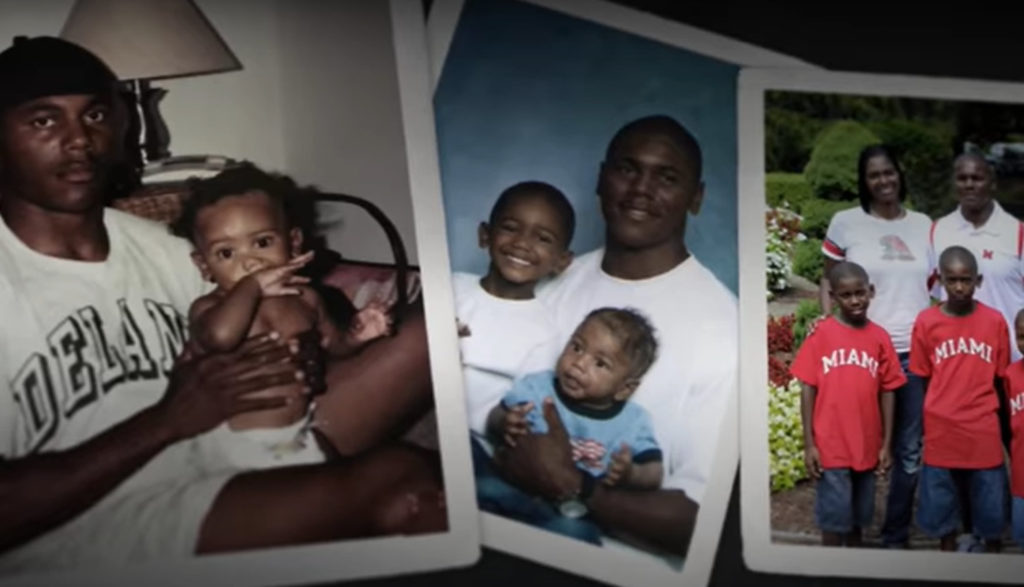 How would you describe your relationship with your father?

However you answer that question, whether you see your dad as a hero or a zero or somewhere in between, one thing is certain: Few relationships are more profound than the connection between a father and his children. And perhaps no relationship impacts how we see God, our heavenly Father, more profoundly than our connection with our earthly dads.

Filmmaker Alex Kendrick puts it this way in the introduction to the new documentary Show Me the Father: “One of the greatest needs God has put into the heart of every human being is for a father. All of us have a fatherhood story. We either can share about how much we loved him and how much he meant to us. Or how deeply he hurt us.”

Alex and his brother Stephen have become household names when it comes to Christian moviemaking. Over the last two decades, they’ve brought us Flywheel, Facing the Giants, Fireproof, Courageous, War RoomandOvercomer.

Now, working with director Rick Altizer, the Kendrick Brothers have chosen a new genre to explore as they focus on the subject of fatherhood.

In John 14:8, the earnest-but-confused disciple Philip still didn’t fully comprehend Jesus’ identity. But he rightly understands the sufficiency of his heavenly Father when he says, “Lord, show us the Father, and it is enough for us.”

Indeed, our relationship with our dad is foundational to how we see and interact with the world. But it’s also a relationship full of pain for many people. “We see father wounds all around us,” Dr. Tony Evans notes. “The hurt. The bitterness. The anger. The unforgiveness. … If you’ve been looking for a father; if you’ve been wanting a daddy; if you want to experience what it is to be fathered by God, your perfect Father in heaven, you can change the trajectory of your life. Your daddy wants to restore you.”

That message of faith and hope frames Show Me the Father as it tells the stories of five different men and unpacks the impact that their fathers had upon them. Along the way, we get glimpses of dads who got it right, dads who didn’t, and the hope that we all can find in our perfect heavenly Father.

Former NFL football player Sherman Smith, for example, had a loving father who believed big things for his son. In 1968, as the high schooler pondered his future, his dad spoke vision and courage into Sherman’s life. He had thought working in the steel mill in Youngstown, Ohio, as his dad had done, was a forgone conclusion. But Sherman’s dad had a bigger dream.

Sherman didn’t. We watch as Sherman goes on to mentor Deland McCullough, a young man who grows up in the same place but who doesn’t have a father at home. And it was all because of the example Sherman’s father set for him. “I want to make a difference in the lives of young people the way my father made a difference in my own life.”

But not all fathers are so engaged and intentional.

Show Me the Father also tells the story of Focus on the Family President Jim Daly. Now, you might think that someone in that position would have had a great family life himself growing up. But Jim’s story could hardly be further from that assumption.

Jim’s biological father was an abusive alcoholic, we learn, who threatened to kill his wife. Though she fled that relationship with her children and remarried, Jim’s new stepfather, Hank “the Tank,” was a harsh disciplinarian who didn’t know how to respond when his wife began to waste away from cancer. After she died, Jim says, “Hank bailed,” leading to still more painful experiences in foster care.

Eventually, Jim moved in with his older brother. And it was only when a coach named Paul Morrow stepped into Jim’s life that he began to experience fatherlike love for the first time in his life. That relationship that would eventually point Jim Daly toward Jesus Christ.

Stephen Kendrick adds later in the documentary, “Anyone, anywhere, at any place can turn to Christ and experience the love of the Father by placing their faith in Jesus. When the lightbulb goes on, and they repent of their sins and place their faith in Christ, everything changes for them. He says, ‘Your identity now is that you are unconditionally loved by Me. That’s who you are. And nothing will ever change that.’”

Hope for Fathers and Families

Show Me the Father weaves several other stories into the narrative as well, giving us glimpses of both redemption and, at times, failure. Some of those failures include verbal references to alcohol abuse, domestic violence and out-of-wedlock births that lead to fatherless children.

Those stories are, at certain moments during this documentary, painful to hear. Tears still flow, sometimes decades later, because of the wounds imperfect and fallen fathers at times inflicted upon their sons.

But the core message that Show Me the Father poignantly delivers is hope. “I love to tell men, ‘It ain’t over ’til it’s over,’” Tony Evans says. “God knows how to turn things around when men are willing to repent, that is, the decision and determination to turn from sin and turn to Him.”

Jim Daly adds, “If you don’t have a dad, God is standing there saying, ‘I will be this for you. And I’ll be the best Father you could ever have.’”

Sometimes as fathers, we’re tempted to withdraw, to hide, to be passive because of our struggles, our failures, our shame. But as a father of three myself, I was deeply moved by the stories of fatherhood and family, faithfulness and forgiveness depicted in Show Me the Father.

This documentary reminds us, invites us and exhorts us to bring our own imperfections as dads to our perfect Father—and to seek His healing for the ways even the best of earthly fathers may have let us down. “The Lord can take a mess and make a miracle of it,” Sherman Smith says. “That’s what He did. This is a story for God’s glory.”

Being a father is an incredible responsibility and opportunity. But at times we can also feel discouraged. If you’d like daily encouragement and ideas for growing as a dad, we invite you to sign up for our 30-Day Intentional Dad Challenge. You’ll receive one text message a day for a month, each with a simple challenge that will help you connect with your children and show your love to them. Take the Challenge today!

FATHERHOOD: HOW TO BE THE DAD YOUR FAMILY NEEDS

The Importance of Fathers — A Spiritual Foundation for the Family
Learn More! Fatherhood is a subject close to Jim Daly’s heart. At five years old, Jim was abandoned by his own father, but at 15, he found a faultless Father in God. Now a dad to two sons, Jim has shared his story to help other dads learn how to lead their children well.
Check it out!