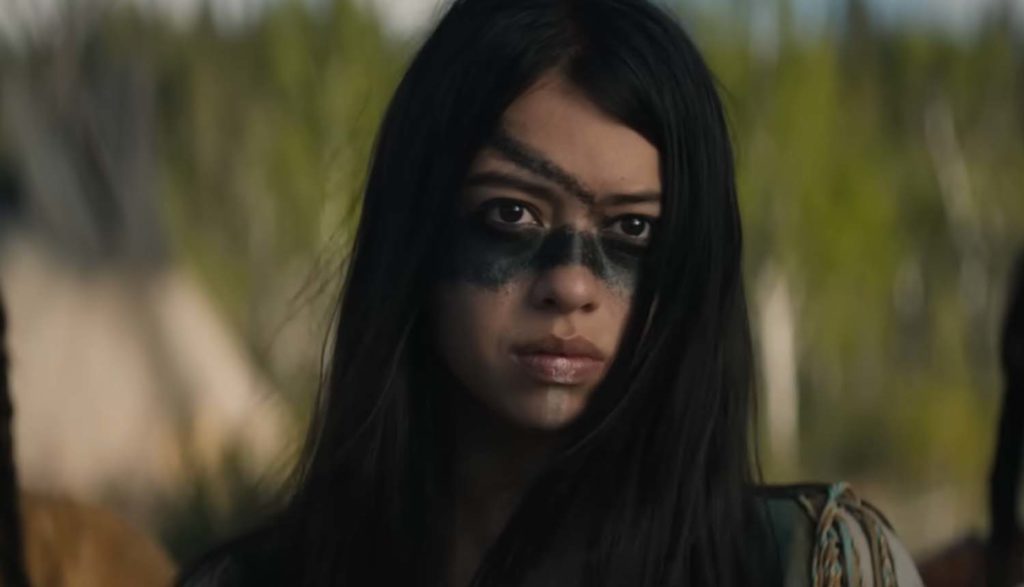 I imagine that even mandible-mouthed Predators need to take a vacation now and then.

Who can blame them? While we don’t know exactly what life is like on Predator Planet, we can assume it has its share of rat-race-related stresses. Why, many Predators, when they’re not predatoring, probably work long hours in oversized cubicles, writing reports and creating spreadsheets and worrying about rush-hour traffic.

So it is with Kevin—a Predator whose name I made up just now. Kevin—an accountant, let’s say—has crunched enough numbers to last him a lifetime. He needs to get away for a bit—not to the beaches of Bloogorightan or the teeming theme park of Carrishtenstlichland, but somewhere real. Somewhere primal. Somewhere where he can kill things and bring home their de-skinned skulls to display in his study.

He’s heard good things about Earth. The travel posters make it look pretty nice. See the sites! The advertisements say. Kill the things! And Bob, over in IT, went there last year and came back with some beautiful skulls.

But while Kevin wants a rugged, challenging adventure, he knows himself. He doesn’t want it to be too challenging.

He’ll skip Africa, what with its lions and cape buffalo. He’ll steer clear of 18th-century Europe, too. Doesn’t want to catch whatever plague is going around. Australia? Forget it. Everything can kill you there, and it’s not like Kevin has a death wish.

But North America, circa 1719, should be just the ticket. The bears are challenging! The wolves are cunning! And the people—well, the people should be a piece of cake. C’mon, the most deadly weapons they have down there are flintlocks, which take roughly two months to load. And only a handful of dastardly French trappers have those. Most of the indigenous population make due with stone hatchets and bows and arrows.

So Kevin packs his weapons, buys his ticket for an interstellar spacecraft and heads off to kill and skin as many species as he can fit in his overhead bin.

But Kevin should’ve read the fine print on the travel brochure a little more carefully. These indigenous people may not have high-tech weaponry. But one Comanche woman will make sure that Earth is no vacation spot for a visiting Predator.

The Comanches we meet, like most native American nations depicted in 21st-century movies, are honorable folk. They live in harmony with nature—including the creatures they hunt—and make sure to use well whatever the environment provides.

But they are not immune to the scourge of sexism.

Naru—the Comanche woman mentioned above—wants to be a hunter in this hunter-gatherer society. Oh, she knows how to find tubers and grind meal and slap on a medicinal poultice with the best of them, but she really wants to fling a few hatchets into unsuspecting prey. Alas, few male warriors feel she’s got what it takes to hunt lions with the lads. Only her brother—the brave, resourceful Taabe—seems to believe in her. And sometimes even his faith seems to waver.

But as Taabe notes, “You can see what I miss. You always have.”

Where others see obstacles, Naru sees challenges. Where many see defeat, Naru sees opportunity. And where some see an eight-foot-tall behemoth with magic weapons and a near-indestructible body, Naru sees a chance to prove to her fellow Comanche that she’s as good a hunter as anyone. Oh, and she’ll save her village to boot.

When Kevin’s spaceship slips into Earth’s atmosphere, Naru mistakes it for a Thunderbird, a supernatural being featured prominently among many Native American cultures (though, according to my brief research, not the Comanche), and thus an omen that something great is about to happen. When she comes across a plain filled with dead, skinned bison, she leans beside one, touches its head and seems to offer some sort of spiritual benediction.

Naru is captured by villainous French trappers at one juncture. While nothing overt is said or suggested (at least in English), it’s possible that some of them have lecherous thoughts lurking in their hearts.

Kevin does his best to depopulate all of North America. One wonders how large that overhead bin is.

He starts small, skewering a rattlesnake in the head and then skinning it alive. (Naru comes across the still-living, scale-less creature.) A wolf is swiftly disemboweled, uttering one last growl before losing its organs; the predator removes the animal’s skull and spine and, later, deskins it and hangs the skull on his belt. Kevin unintentionally saves Naru from a very angry bear, too. Again, the creature is swiftly killed and disemboweled. The predator lifts the creature above his head and allows the blood to rain down on his hitherto fore invisible body, turning him into a red monstrosity.

But the Predator really comes into his own when he starts killing people. He kills many, many, many people. And while we can’t describe how each one of these people meets his or her end, we can say that many are shot, stabbed, beheaded, disemboweled, skewered and (off camera) evaporated. Some have limbs lopped off before being dispatched in myriad grisly ways. Some are punctured through the eye socket. One man is apparently shredded by a disturbingly durable net. One unfortunate tries to play dead, but when the Predator steps on his leg (or, at least, the portion of the leg that was still attached to him) he screams and is swiftly impaled.

The Predator, naturally, suffers a great deal as well. His glowing blood pours out of the many, many wounds he suffers (and pretty much in every region of his body). He sometimes glues some of his wounds shut, but more quickly replace them.

And we haven’t gotten to the movie’s human-hurting-human section. Some people are cut badly or stabbed or skewered or hacked. One man loses a limb and is used as living bait. Naru gets into a fight with a couple of guys—everyone punching each other in the face and bloodying their mouths.

Small animals are nabbed and killed by larger ones. The carcass of a lion is carried into a village. Dozens of bison are shown, skinned and bloodied. A mountain lion attacks humans: One victim nearly succumbs to his wounds (we see the horrific injuries on his chest), and another falls out of a tree and is rendered unconscious. A couple of beings get stuck in a mud pit and nearly die there. Both a human and a dog get caught in bear traps (both suffering bloody but non-fatal injuries). A bird is shot and killed by an arrow. A possum likewise is killed.

With all that carnage, who has time to swear? We only hear one s-word and one misuse of God’s name.

While the Predator is clearly the movie’s chief antagonist, the French trappers make up the film’s ancillary villains (and fresh meat). The leader smokes cigars, marking him as the most villainous of them all.

Comanche warriors come across a pile of scat and speculate what animal it came from. Naru and Taabe engage in a bit of light-hearted sibling rivalry.

The first Predator movie arrived in theaters back in 1987, with Arnold Schwarzenegger serving as the titular character’s prey. Back then, Arnold and his skilled team of well-armed, well-muscled commandos had barely a chance against this single extra-terrestrial hunter: Just one survived the ordeal.

Prey—the fifth movie in the Predator franchise (not counting two Alien vs. Predator crossovers)—whisks us 400 years into the past, pitting the galaxy’s apex predator against humans fighting literally with sticks and stones.

And still, the humans comport themselves well. Makes you wonder why these predators keep coming to Earth, doesn’t it?

It makes me wonder a bit why people keep seeing these movies.

For fans of the Predator films, Prey will surely satisfy. The Predator himself is as reliably durable and as bloodthirsty as ever, and there’s enough gore to saturate a midwestern state.

Those same attributes, naturally, will give many a discerning viewer pause. Because, really—just how many people do you need to see skewered in the skull to move on to something else?