The Monster Hunter series has been around since the early 2000s in a variety of different console iterations. Some of the more popular versions were those that could be taken on the go and played on Sony’s handheld PSP. And the latest entry, Monster Hunter Rise, is once again designed for the smaller handheld screen as a Nintendo Switch-exclusive release.

This action role-playing game takes place in a fantastical, pre-industrial Japanese world. It’s a magic-filled land where humans and anthropomorphized animals work and battle side-by-side, and their lovely village home is surrounded by vast wilds and monsters of all shapes and sizes.

In Rise, you’re called upon by the Kamura Village elder, Fugen, to take your place as a newly dubbed member of the Hunter’s Guild. As such, you can pick up your basic armor and weapons and head out to start learning new skills by hunting those threatening beasties that are pouncing on humans and animals with a hungry blood lust. Elder Fugen tells you that your rise as a hunter has come none-to-soon: Monster migrations indicate that something called a Rampage is on the way. Uh oh.

It’s been 50 years since the last destructive charge of berserk beasties flooded Kamura Village. And that Rampage left chaos and devastation in its wake. This time, it will be up to you to hone your skills, as well as gaining the best weaponry, traps and armor, to help you repel the oncoming monster hordes.

Monster Hunter Rise revisits many elements fans have enjoyed about this franchise over the years. It has a fairly steep learning curve, and it requires practice and patience to master its hunting moves and mechanics.

The world around Kamura is large and open, marked by a variety of environmental biomes ranging from deep jungle to crusty desert to frozen tundra. Gamers pick up new quests and set out to fulfill each hunt in solo mode or in an online co-op, with a 50-minute ticking clock at their back.

There are a few new updates here. In past games players have gone hunting with anthropomorphized cat-like Palicos as their sidekicks. This time they also have Palamute doggish companions to call on. These canine friends are great in the heat of battle and offer you a ride on long journeys, too.

In addition, gamers gain a grapple-hook ability that allows you to zip up over cliffs and trees. It can be used in a variety of new battle tactics, as well as binding and temporarily controlling monsters that you’ve bested in the past. Once you “saddle” those creatures, you can take them into the hunt as a hacking-and-slashing beasty mount.

Your quests are always made up of heroic duties to save and protect others. Happy friendship and encouragement abound with those villagers whom you interact with. (The game story also encourages younger players, who want to be heroes themselves, to use the things they’re good at and help the common good.)

Your goal here is to vanquish great roaring creatures and to push back rampaging threats, as well as hunting for supplies and research materials.

When playing in online co-op mode, the game also encourages strategic teamwork as players use their strengths to attack the massive foes and support the group at large. (In solo mode, computer AI drives Palico and Palamute companions to take on those support roles.)

There’s no foul language in the mix.

The various monsters range in size from huge to gigantic. And they’re usually some combination of incredible, vicious predators such as a sabretooth tiger-like dragon or an enormous multi-legged and talon-clawed serpent/bird. These beasties always attack in a rage and generally have some special skills, too, such as a long-range venomous spit or a spreading cloud of poisonous breath.

Blood spews when your male or female hunter slashes and attacks these massive beasties with swords, traps and ballista weapons of various sizes. And when the creatures are bested, the hunter uses a knife to carve off pelts, and to carve out bones and organs from them (to use in future weapon-making, etc.). In spite of how that sounds, however, the visuals are never gory. We never see any torn or cut flesh and the fallen bodies disappear after a short time.

The one sensual aspect of the gameplay shows up in some of the slightly revealing clothing or armor worn by both men and women. And there are some discussions about character’s drinking habits. (Players also drink healing and strengthening potions while in battle.)

To be frank, past Monster Hunter games have many times felt like an acquired taste. They’ve sometimes been a bit quirky, sometimes a little grinding and sometimes a tad difficult in their learning curve. This entry,however, has knocked off many of those edges that non-fans of the series have grumbled about. It’s very approachable for someone stepping into the fray for the first time. 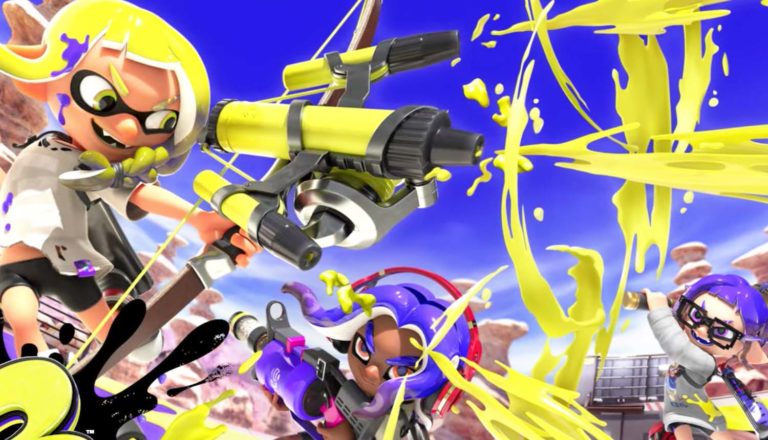