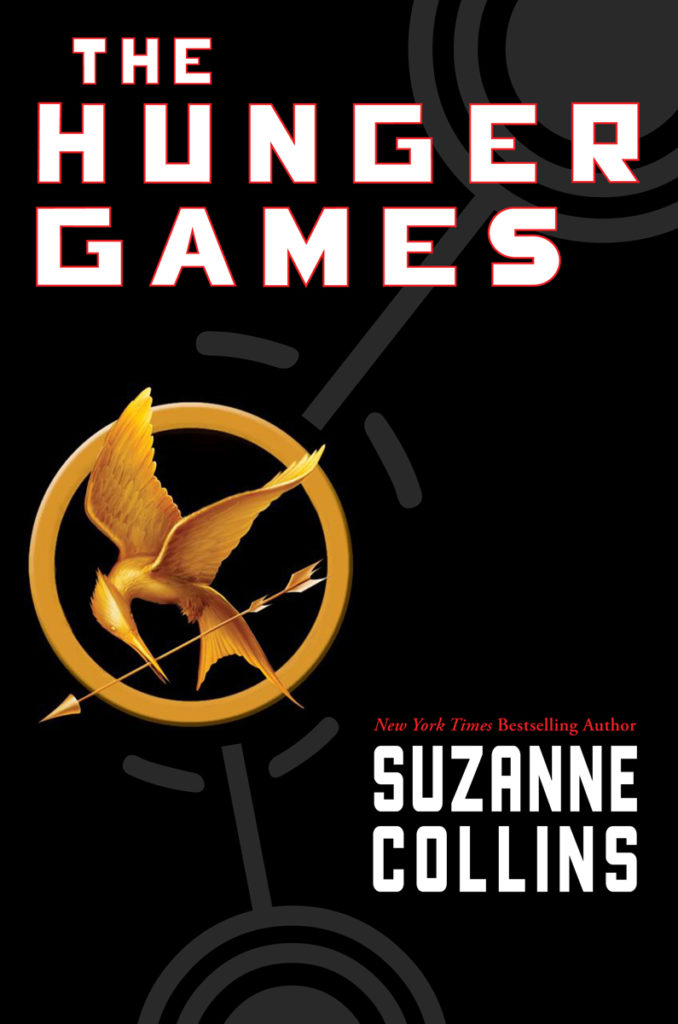 The Hunger Games by Suzanne Collins has been reviewed by Focus on the Family’s marriage and parenting magazine. It is the first book in “The Hunger Games” series.

Sixteen-year-old Katniss Everdeen lives in the nation of Panem (a post-apocalyptic North America) with her mother and younger sister, Prim. Her family resides in District 12, the poorest of 12 districts ruled by the wealthy Capitol. Katniss provides for her mother and sister by hunting with her friend Gale in the forbidden woods nearby.

As punishment for the districts’ rebellion attempt years earlier, the Capitol holds an annual televised event called The Hunger Games. Each district must draw the names of a boy and girl between the ages of 12 and 18. These 24 youths become contestants (called “tributes”), who must fight to the death in a vast arena created by the Capitol Gamemakers. The lone survivor returns home to wealth and fame.

One year, on the day of “reaping,” Prim’s name is drawn. Katniss volunteers to take her sister’s place. The other tribute is Peeta Mellark, a baker’s son who once saved Katniss’ family from starvation by sneaking them bread. Guards put Katniss and Peeta on a train for the Capitol. Haymitch Abernathy, their trainer, accompanies them. He is the only District 12 tribute who has ever survived the Hunger Games.

The bored, wealthy people of the Capitol celebrate the Hunger Games with parties and parades. Capitol-appointed prep teams create an image for each tribute by providing costumes, makeovers and talking points. Tributes who impress the Capitol viewers win “sponsors” — or wealthy fans, who will fund gifts of food and equipment at critical points in the Games.

In his pre-Games TV interview, Peeta claims he’s secretly loved his District 12 counterpart for years. Since tributes are always on camera, Katniss can never ask Peeta if his declaration is true or a ploy to attract attention. She plays along, and they draw many sponsors with their ill-fated romance.

After Olympic-like opening ceremonies, the tributes are thrown into an arena with miles of forestland. Eleven tributes die the first day as the contestants fight for the few supplies the Capitol has provided. Katniss takes off alone, hiding and hunting for several days until a group of allied tributes traps her in a tree. There, she finds a young tribute named Rue, who reminds her of her sister. They drop a nest of mutated yellow jackets on their opponents and escape. Their alliance and friendship are short-lived. Another boy kills Rue with a spear a few days later.

Playing on the audience’s thirst for romance, the Gamemakers announce that if two members from the same district are the last two contestants, both may return home. Katniss finds Peeta and nurses the wounds he’s acquired in a battle with another tribute.

When only one contestant besides Katniss and Peeta remains, the Gamemakers release a pack of vicious dog-like creatures. The beasts slowly maul the other boy to death. Katniss and Peeta believe they’ve won the Games, but at the last moment, a voice announces that the previous rule change has been revoked. Only one contestant can win, meaning the District 12 tributes must fight each other to the death. Peeta and Katniss threaten to eat poisonous berries simultaneously. The Gamemakers, knowing a double suicide will be an unsatisfying conclusion for the audience, quickly uphold their earlier ruling.

Though both teens are allowed to return to home, Haymitch tells Katniss that the Capitol is furious with their attempt to throw the Games. So even as she rides the train to District 12, Katniss senses she is anything but safe. She also learns that Peeta’s love is real, but he’s crushed to hear that Katniss is uncertain of her feelings for him. She’s developed a deep fondness for Peeta, but she finds herself thinking more about Gale, a friend she used to illegally hunt with in the forest.

A few times, Katniss mentions having good luck. Rue carries a good luck charm. Katniss says the woods where she hunts have been the savior of her and her family. She says her mother and sister can work magic with herbs (meaning that they’re good at making and administering medicines). Before becoming a tribute, Katniss devoted her Sundays to hunting and trading with Gale.

Katniss’ father died in a mining accident several years earlier. She recalls his beautiful singing. Katniss’ mother subsequently suffered a mental breakdown, leaving Katniss to support the family. Though Mother eventually improves, she is never the same nor does she reclaim the roles of parent or provider. Peeta’s mother smacks him across the face for burning bread. Haymich, District 12’s sole Hunger Games winner in its 40+ year history, is Katniss and Peeta’s official adviser. Known throughout the nation for his embarrassing alcohol-induced TV appearances, he sobers up some to help them form a strategy. He sends them gifts on the battlefield when they follow his orders. The dictatorial leaders of the Capitol, as well as its self-absorbed citizens, dress strangely and eat lavishly. In their existential boredom, they seek extreme “entertainment,” which includes watching others suffer brutality and die gruesome deaths.

The word h— appears once. In this tale of 24 teenagers forced to kill each other, readers follow a number of gruesome, bloody and otherwise disturbing scenes. One tribute murders another by snapping his neck. Other tributes are killed by spears, arrows, blows to the head with rocks and the stings of mutated yellow jackets. Wounds ooze blood and puss, and the wounded smell festering flesh. One of the final tributes is mauled by a pack of rabid dog-like creatures for hours before he dies. Katniss also mentions how, in previous games, tributes were killed by venomous snakes, went insane from thirst or froze to death. One previous contestant tried to eat the tributes he’d killed, but the Gamemakers stopped this because it didn’t play well with the audience. Leaders in the Capitol cut out the tongues of those who disobey them. Despite the many alarming images, readers find little if any gratuitous gore. The descriptions emphasize the horrible plight of the tributes and the gross desensitization of the Capitol dwellers.

Katniss and Peeta kiss a number of times and snuggle together for warmth in a sleeping bag.

Mythology: The book’s plot was influenced by the Greek myth in which King Minos requires 7 boys and 7 girls from Athens to battle the Minotaur in a labyrinth.

Alcohol: Haymitch drinks constantly. He is often drunk and humiliating himself, like when he vomits all over the floor of the train en route to the Capitol. The prep team gives Katniss wine at a dinner, but after drinking half of one glass, she feels foggy and switches to water. She says she can’t understand how Haymitch can stand being in a fog all the time. Instead of observing Katniss and rating her pre-Games performance, the intoxicated Gamemakers ignore her and sing drinking songs.

Gambling: The Hunger Games are a hotbed of gambling, not unlike big sporting events of today.

Nudity: The prep team examines Katniss in the nude, and she’s often naked in their presence as they prepare her for TV appearances. The mentions of nudity, neither graphic nor sexual, emphasize how Katniss is viewed as an object to be modified rather than a human being.

Illegal activity: Katniss and Gale hunt illegally. They sell some of what they gather and/or kill on the city’s black market. Nearly all District 12 citizens rely on the black market for survival.

Movie Tie-In: Producers often use a book as a springboard for a movie idea or to earn a specific rating. Because of this, a movie may differ from the novel. To better understand how this book and the movie differ, compare this book review with Plugged In’s movie review for The Hunger Games.