What’s New and Streaming for Families for October 2020 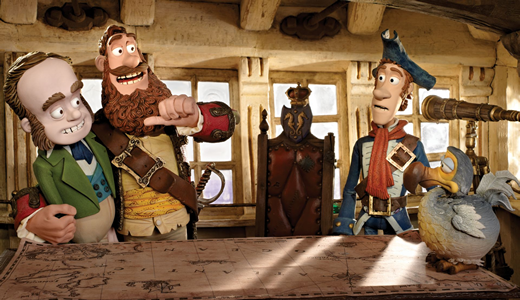 It’s creepy and scary. People are screaming. The winds are howling forebodingly and monsters are scratching at the door. Yes, it’s … the election season! Of course, that costume-wearing night called Halloween is on the horizon, too. (Hey, we’ve definitely got the masks covered this year.)

So, what’s streaming that might work well for your entertainment-hungry family? It just so happens there’s quite a few possibilities this month.

Stranger Than Fiction (PG-13, 2006) Will Ferrell plays a mentally unstable IRS auditor who hears an unexplained voice in his head. And then he realizes that he is the ill-fated protagonist of the speaker’s latest work of fiction. Can he do anything to keep his story from becoming a tragedy? This fun film with a high-concept premise has just a few detractors in the form of some light violence and profanity. Plugged In reviewer Christopher Lyon summed it up like this: “Stranger Than Fiction leaves viewers with one amazingly straightforward homily beyond that of wake up and live well. It is that while a good deed done unwittingly is still a good deed, one done with full knowledge of the sacrifice required is the rarest of spiritual services.”

The Pirates! Band of Misfits (PG, 2012) This stop-motion animated feature (from the makers of Wallace & Gromit) follows a ship full of misfit pirates as they head off to hopefully win the cherished title of Pirate of the Year. Problem is, they’re just not good enough pirates or bad enough guys. This kid’s pic has lots of animated detail and British humor. The big drawbacks are a perpetually drunken captain and what the director called “naughty bits,” including references to pirate executions and flirtations with profanities. On the positive side, the movie celebrates family and friends.

Ice Age: The Meltdown (PG, 2006) Ice Age critters Manny the mammoth, Sid the sloth and Diego the saber-toothed tiger set out to find a safe haven as their icy world starts melting and washing things away in the resulting floods. OK, I won’t say this is the best of the animated Ice Age series, but it’s still cute and funny in parts, while subtly delivering its global-warming tale.

Playing With Fire (PG, 2019) Straight-laced fire superintendent Jake Carson (John Cena) and his elite team of firefighters come to the rescue of three siblings. But then they realize that the kids’ parents are nowhere to be found. And ‘til they find them, the firefighters will have to face their most challenging job yet … babysitting. All right, this is a pretty goofy kid’s comedy. Or as I said in my review, “With one peek, you know pretty much exactly where this PG pic is going and what sort of firehose-blast and potty-eruption silliness you’ll be drenched in.” But we still find some funny bits to enjoy, and there’s also an adoption-friendly focus that kicks in by the time the credits roll.

A Knight’s Tale (PG-13, 2001) Mixes rock music, medieval jousting and Heath Ledger in a movie about a low-born squire who puts on the armor of his deceased knight employer and tries to win a jousting contest, as well as the love of a fair maiden. This rollicking flick is full of likeable characters, but, unfortunately, it has some bare backside and enough crude language, too—enough to keep younger knight-lovers at bay. Our Bob Smithouser summed it up this way: “[It’s] not enough to knock you off the horse, but still wince-worthy and regrettable. On the other hand, what’s good here is very good—a cheery, clever romp with lots to discuss.”

The Mask of Zorro (PG-13, 1998) This pic tells the story of the original Zorro who, after being imprisoned for 20 years, escapes and returns to his old headquarters, where he trains an aimless guy to be his successor. Lots of swashbuckling and sword-swinging heroics here. Smithouser noted that this pic contained some negatives in the form of “alcohol use, quests for vengeance, steamy Latin dancing and brief rear nudity of banditos tied to a cactus.” Ouch! But he also called the film “one of [1998’s] most pleasant cinematic surprises.”

The Chronicles of Narnia: The Voyage of the Dawn Trader (PG, 2010) While visiting an annoying cousin, Eustace, Lucy and Edmund come across a painting of a majestic ship called the Dawn Treader. Suddenly, the painting comes to life and draws the youths into the magical realm of Narnia. This is the third cinematic adventure based on C.S. Lewis’ The Chronicles of Narnia. And in Plugged In reviewer Paul Asay’s view, it is “without question the best of the series.” He went on to note: “It’s far from a slavish reproduction, mind you: Fans of the novel will find that the filmmakers took license at times. But the result is just a mouse hair short of wonderful.”

Oh, and while we’re peeping in at what’s new on Disney+, don’t forget that the second season of the Star Wars-based The Mandalorian starts up on October 30.

Akeelah and the Bee (PG, 2006) An 11-year-old girl living in south Los Angeles discovers that she has a talent for spelling. Despite her Mom’s objections and other obstacles, she decides to shoot for winning the National Spelling Bee. Of course, she’ll need some teacher and community support along the way.  Akeelah and the Bee is a moving and inspirational winner of a film, and our Christopher Lyon loved it. He did note however, that it was “too bad the filmmakers felt the need to include a bit of foul language.” But it’s still a film packed with compassionate discipline and communal support: The sort of stuff that could help spell success for kids in every neighborhood.

Galaxy Quest (PG, 1999) So, you like Star Trek and other sci-fi space fun. Then you might really enjoy (as our reviewer Bob Smithouser said) this “fresh action/comedy that thrusts a crew of typecast 1970s television actors into real-life space battle.” Smithouser warned of some blown-up aliens, language and low-cut outfits in the mix. But he also noted that “noble themes prevail. The good aliens champion courage, teamwork and friendship through adversity. Egocentric actors learn to display humility and self-sacrifice. Galaxy Quest also addresses the often blurred line between fantasy and reality. A few caveats, but mature viewers will find signs of intelligent life.”

Oh, and before we sign off on this edition of what’s streaming, let me give a nod to some smaller free streaming services that you might enjoy. IMDb TV features scores of Veggie Tales shows this month. And NBC’s Peacock has magicked in all the Harry Potter movies.