What’s New and Streaming for Families for June 2021 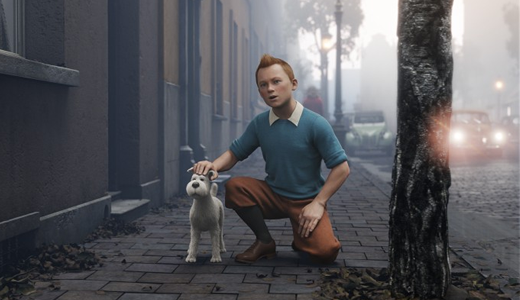 Welcome to June, the first summer month of 2021. And if you’re not running off to a wedding or busy planning for your Paul Bunyan day (you bet your blue ox, there’s a Paul Bunyan day) then you may be wondering what fun flicks to watch in your downtime. So, let’s see what’s new on a streaming service near you.

I Am Sam (PG-13, 2002): Sean Penn and a very young and wonderful Dakota Fanning star in this film about a mentally challenged father raising his daughter with the help of a unique group of friends. It’s a moving and wonderfully acted film that testifies to the fact that love can be the most powerful force on earth. There are a few elements here that make this pic a bit problematic. But as our Steve Isaac said in his review, “I Am Sam’s occasionally profane language is a disappointment. Its message is not.”

Blue Miracle (TV-PG, 2021): Once we get past I Am Sam, Netflix doesn’t have a lot of tried-and-true back-catalog offerings for families. But it does have a shiny, new, fresh-out-of-the-package movie that you might want to check out. Blue Miracle tells the story of how a grizzled old fisherman teamed up with a bunch of orphans to compete in the Super Bowl of fishing—and try, against all odds, to save the orphanage. It’s an inspirational drama with a little dollop of faith, to boot. What happens? Well, I won’t spoil anything. But there’s a hint right in the title.

The Adventures of Tintin (PG, 2012): This Steven Spielberg-directed pic blends live-action and animation into a creative take on the old Tintin cartoon serials. This tale focuses on young reporter Tintin, who buys a model of an old ship called the Unicorn and soon finds that mysterious forces want the model, too, for their own nefarious reasons. I reviewed this one, noting its creative production is mixed with “rough-and-tumble pummelings, gunfights, swordfights, head-thunks and explosions.” There’s some heavy drinking in the tale, too. If that’s not too much for your young adventurers, this might be an animated journey worth embarking on.

Charlotte’s Web (G, 1973): There have been other takes this classic story, but this is the animated version from the ‘70s, that features the famous voices of stars such as Debbie Reynolds and Agnes Moorehead. It translates E.B. White’s beloved tale, of a pig and its spider pal, into an animated musical. This cartoon classic was praised as a “heartwarming tale of love and friendship” back when it first hit movie screens, and it’s still a wonderful bittersweet little film—dealing with themes that author E.B. White himself once described as “the miracle of birth, the miracle of friendship, and the miracle of death.”

The Croods: A New Age (PG, 2020): This animated sequel revisits a cave-age family as they find their way to an idyllic walled-in paradise. But then they realize that they have to deal with the Bettermen—a family that’s a couple rungs above them on the developmental ladder of life. In my review I said that, “Yes, there is silliness, a bit of troglodyte toilety stuff and some light monstery perils to navigate. (Hey, this is a world full of animated neanderthal goopy dangers, after all.) But it’s all thumped and splatted about with colorful cartoony glee.”

Chicken Run (G, 2000): This engaging stop-motion, Claymation adventure tells the story of an American rooster who falls in love with a pretty hen on a British farm. What can they do but try to run away from the mean farmer intent of keeping them locked down? This is a great little family friendly pic. Our Bob Smithouser summed things up, saying, “The Academy Award-winning team responsible for some of the funniest animated shorts ever to come across the pond scores big in their first feature film. A smart script … Chicken Run is also a visual delight.”

Courageous (PG-13, 2011): Sheriff’s deputy Adam Mitchell endures a terrible personal tragedy that causes him to question what is really important to him. Our Adam Holz expressed his appreciation for all this faith-focused film attempts to convey. But he also noted: “More violent than previous Sherwood Baptist movies (Fireproof and Facing the Giants), Courageous isn’t so much a movie for the whole family as it is a movie for the benefit of the whole family. Discernment should be used in deciding how young is too young to watch drug dealers shooting at and fighting with policemen.”

Raya and the Last Dragon (PG, 2021): In this animated fantasy adventure, a young woman must find a fabled last dragon to help defend humanity from a group of sinister monsters. Our Kristin Smith said that this pic “offers a rollicking, storytelling romp with some deeper teachable moments and spiritual lessons lying just below the surface.” But she also wanted parents to be aware that there is some intense combat and Chinese mythology in the mix, too.

Ice Age: Dawn of Dinosaurs (PG, 2009): Sid the sloth stumbles upon a trio of dinosaur eggs in a hidden cavern and becomes an instant “mommy” when they hatch. But when the real mother dino discovers that the eggs are missing and stomps her way up from an underground lair to retrieve them, Sid and his pals Manny and Diego are all dragged into the mix. I mention in my review that “this sequel will never be called deep or thought-provoking. Dinosaur chases, lava eruptions and character-driven one-liners are the order of the day. But the rambunctious journey sometimes slows long enough to remind young minds of the importance and rewards of family, selflessness and teamwork.”

Camelot (G, 1967): This classic musical version of the King Arthur tale stars the likes of Richard Harris, Vanessa Redgrave and Franco Nero. There is, of course, some adult romance to this well-known Camelot tale, but it’s all maintained in in a G-rated setting.