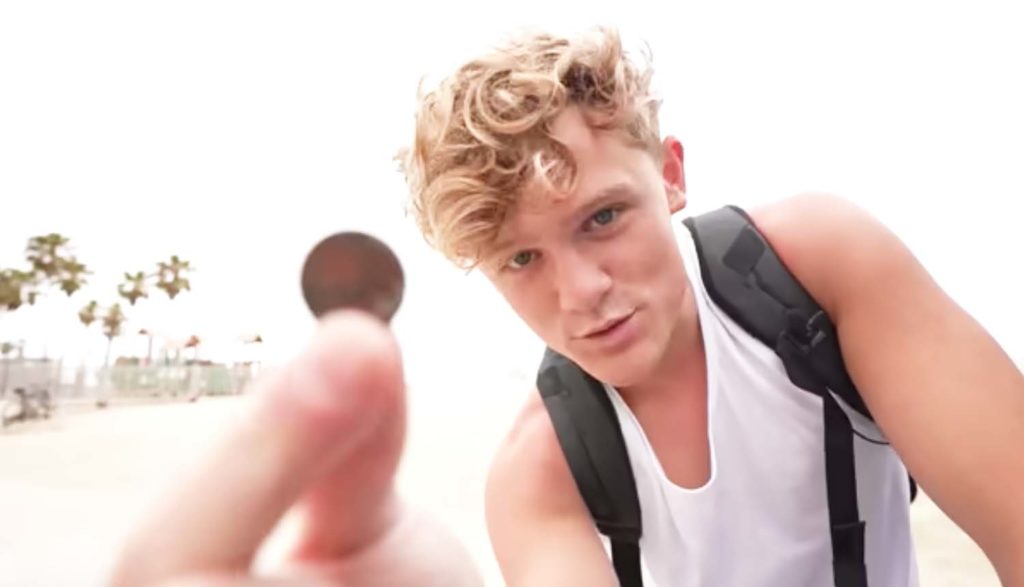 In the summer of 2022, YouTube celebrity Ryan Trahan challenged himself: He needed to figure out how to get from California to North Carolina to deliver a penny to fellow YouTuber MrBeast. The catch? He only had 30 days, and he could start his journey with nothing but the one penny to his name—and all his food, lodging, travel and supplies he needed to come from profits made starting from said penny. Oh, and it was all done in the name of charity, too.

Throughout the 30-video series, Trahan averaged over 7.5 million views, and he helped raise nearly $1.5 million to give to Feeding America, a non-profit focused on ending hunger in the United States.

That stunt introduced Trahan to a larger audience. But his YouTube channel started well before that. And while his channel originally focused on helping fellow runners with their training habits, Trahan’s channel now primarily focuses on challenges he sets up for himself, like running a marathon in skinny jeans or surviving the world’s quietest room.

Trahan’s videos are generally quite clean, and some of his videos include philanthropy (as mentioned with his fundraiser for Feeding America). In one video, Trahan gives away a car, and in another, he buys Facebook listings for much more than their respective asking prices.

Additionally, Trahan is a self-professed Christian (and in an interview with Anthony Padilla (who climbed to fame on the YouTube sketch comedy Smosh before leaving in 2017), Trahan discusses his transformation from “cynical atheist” to Christian beginning July 4, 2020.

In many of his videos, he often says, “God bless you.” In his third episode of the penny series, Trahan mentions that he likes to “take three deep breaths and thank God every day.”

Trahan’s older videos tend to have more swearing (including a couple of uncensored heavier swears such as the f-word and “b–ch,”).

Ryan Trahan (the channel) seems to be gravitating toward making more and more fun, family-friendly content. While some of his videos are simply made as fun challenges, others focus on philanthropy. Trahan’s conversion to Christianity seems to, at least in part, be a reason for the channel’s progression in this direction.

It is important to note, however, that while Trahan’s newest videos are generally quite clean, his older videos tend to have a few more content concerns, including some swearing and crude jokes that parents may not want their children hearing.