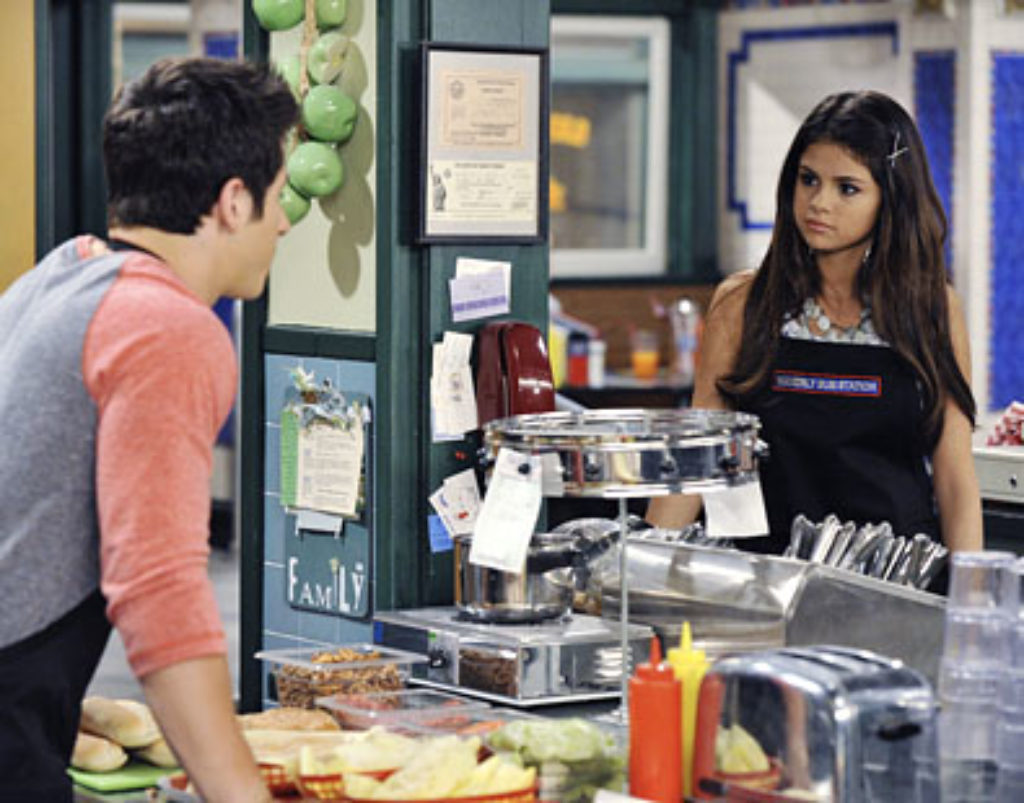 How does Disney create so many popular teen- and tween-centric shows? Why is its clean machine capable of churning out hit after hit, star after star? One would almost say it’s like … magic.

Enter Disney Channel’s Wizards of Waverly Place, a sitcom built around a family of Harry Potters who happen to live a long way away from Hogwarts. Selena Gomez stars as Alex Russo, a wisecracking underachiever who uses her built-in magic to try to smooth the path through high school. She’s a Disney protagonist with a hint of rebellion—Cinderella with a yen for detention. She exudes a slouching, too-cool-for-school vibe. It’s an attitude she conveniently explains while under the influence of a “truth spell”:

“I know I always act like I don’t care, but that’s really just a defense mechanism to hide my desire to really be liked.”

If only all churlish high schoolers could be so forthcoming.

Her outlook contrasts mightily with that of her older brother, Justin, who aces his classes, wears neckties to school and, in season four, even tutors a class of remedial wizards-in-training. Max, Alex’s younger brother, stays out of the sibling rivalry as much as possible, contenting himself with hatching the occasional outlandish plot, eating sandwiches and, because of a wizarding mishap, spending several episodes as a fourth-grade girl.

Four seasons have seen them all grow up quite a bit. Alex finally assumes the role of the family’s official wizard, while Justin becomes a professor at Wiztech, a college one might expect to be advertised on out-of-the-way cable channels. Max has his wizarding powers taken away, but hey, that’s OK with him: He still can make a pretty mean sandwich.

The entertainment is, as we’ve come to expect from Disney, comparatively innocent. But just like Alex herself, there’s still a little slouch in Wizard’s step.

First, there’s the magic. It’s genetic: The Russo children, instead of wiggling their ears, cast spells. But it’s the sort of gift that must be honed through education and can, as we’ve seen, be taken away. And not just from Max. Alex’s dad, too, forfeited his magical abilities when he married Theresa. The siblings are forbidden to use magic out in the real world—though that doesn’t always stop them. Not that they should bother. Their spells often cause more trouble than they cure.

Most kids understand that this sort of magic, particularly when it comes from Disney, is simply a storytelling device: People don’t really go about waving magic wands to make the perfect grilled cheese sandwich. But sometimes—as is the case in a story arc featuring supernatural “angels,”—the waters grow muddier. For children raised to believe that angels are real, beautiful, powerful denizens of heaven, Wizards‘ portrayal of them as grinning, goofy, sometimes clueless plot devices is disheartening at best, spiritually misleading at worst. Add to that the fact that Justin becomes romantically involved with a vampire and Alex with a werewolf.

Mirroring that magical messiness, Alex has proven to be a less than ideal role model for her hordes of young Disneyfied fans. And the adults in her life are buffoonish and a little less wise than you might wish for or even expect. “I am raising myself,” Alex sighs to herself at one point, and sometimes that feels about right.

Wizards, of course, is no Gossip Girl. Alex, for all her posturing, is still pretty good deep down. Her parents and the other adults in her life care for her deeply—even if that care doesn’t always manifest itself in the best of ways. The fashions are mostly modest, topics are mostly family friendly and the worst profanities we hear are words like “gosh.”

So we’d say Wizards is just a step or two down from truly being magical.

“Who Will Be the Family Wizard?”

In this hour-long series finale, the Russo clan heads off to a magical game show in which Justin, Alex and Max compete to see who’ll be the family wizard. When a griffin attack necessitates that they leave the game for a quick rescue operation, it appears as if they’ll all lose the chance to wear the wizarding britches. But when the attack is revealed to be part of the show (which “everyone but the Russos enjoyed,” the host intones), the trio is back in the game.

We probably need not even mention that this episode features a bit of magic at this point. Otherwise, it’s almost (but not quite) spotless. Friend Zeke says of the griffin vomiting him up, “It’s like a warm, smelly, gooey waterslide!” Someone says a potion smells like “butt of newt.” The obviously CGI griffin falls from a great height and vanishes, and a sandwich is thrown in anger. “Gosh” is interjected.

The good stuff includes great messages about family and sacrifice—and how life can be pretty cool if you look at it the right way, even if you don’t have magical powers.

When Justin tells folks that he’s dating an angel, he means it literally. But Rosie’s a “dark” angel and a terrible influence on him. Together they begin to play mean pranks, steal money and act like big jerks. Rosie convinces Justin to steal the Moral Compass and hand it over to Goron, leader of the dark angels. He promptly sets it to “bad,” sparking a rash of terrible behavior earthside. Only Alex and Tina, a guardian angel in training, seem to be interested in getting the Compass back.

Rosie—realizing she’s in love with Justin—ends up saving the day. But dark angels can’t “love,” so her actions indicate that she’s somehow turned good along the way. And that means this story has some merit. Good is good, bad is bad and viewers may learn a thing or two about real-life influencers. But the theology’s dreadful, and the buffoonish behavior of the “good” guardian angels is offensive. Lots of people behave poorly while under the influence of the tampered-with Moral Compass. And even though language never gets worse than “gosh,” this episode lurks in a dark corner of an already murky program.

Justin forces Alex to donate proceeds from her T-shirt sales, which indirectly earns Alex an unexpected citizenship award. Her parents are proud, if at first disbelieving—her father says that the award’s “the most authentic forgery you’ve done yet.” Justin’s aghast, and he casts a truth spell on Alex to check out her story.

She comes off clean, but Justin “forgets” to remove the spell. So during her acceptance speech, Alex insults most of the student body and many of her teachers with “honest” remarks about their physiques, their names and their habits. She even mentions her father’s “teeny tiny bladder.”

“They teach you that the truth is good, and then when you say the truth, everybody gets offended,” she laments to her principal, the only person in the school who will talk to her after the catastrophe.

Of course, there’s a difference between telling the truth and handing out hurtful, unnecessary smackdowns—an inconvenient reality the show does not counter. That’s largely because Alex’s parents are no help. And while Alex’s principal tries to say the right thing, he succeeds only after purposefully makes himself a laughingstock to become the school’s scandal du jour.