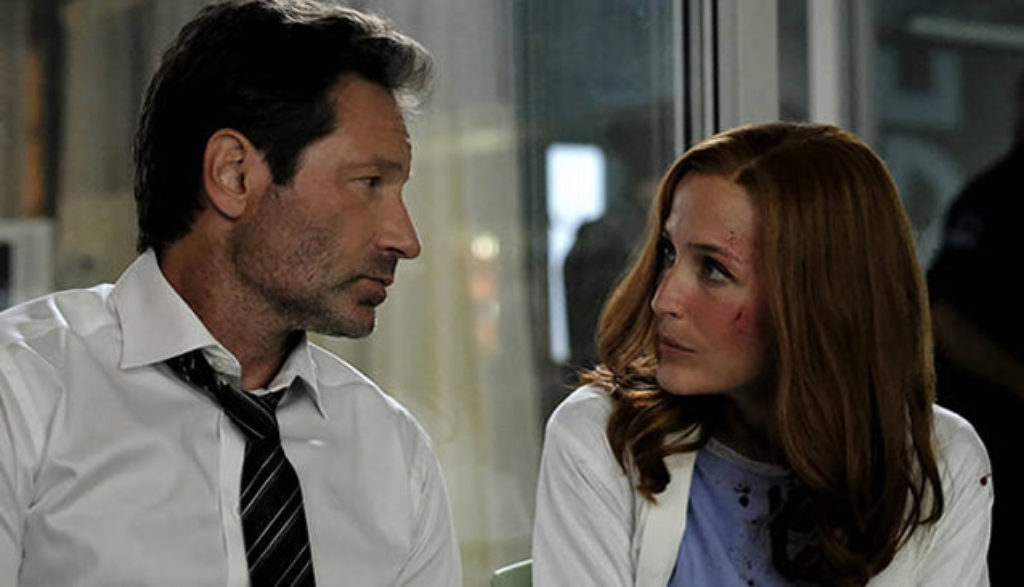 The original X-Files was the oddest of odd ducks when it premiered in 1993. It dared to dive deeply into science fiction—an absolute ratings no-no at the time. It was a serial when TV bigwigs knew success was built on easily interchangeable, stand-alone episodes (which also played better in syndication). The Fox series created by Chris Carter was as quirky and weird as some of the monsters it gave us. Most experts—while smoking lots of cigarettes, perhaps—thought it’d die a quick death.

Surprise! The X-Files‘ original run aired for 10 years and 202 episodes. Its success paved the way for such sci-fi/fantasy hits as Lost, Supernatural and even Game of Thrones. Its serialized format blazed the way for prestige TV. Its writing rooms fostered the likes of Howard Gordan and Alex Gansa (Homeland), and Vince Gilligan (Breaking Bad). The X-Files was the first binge-worthy show 20 years before anyone knew what that was.

But it must also be said that it opened the door for today’s more disturbing television landscape. Don’t believe me? Consider the 1996 episode “Home,” predicated on a trio of deformed serial killers who breed with their “monstrous” mother.

Now, in a twist worthy of the show, The X-Files has traveled to the future—our future—with what has become a full-tilt relaunch starring the original players. And what was once revolutionary about it feels like old hat.

The Truth Is Out There

A great deal has changed, of course. And we’re not just talking about the size of the cellphones. Agents Fox Mulder and Dana Scully are older now, if not altogether wiser. The pair consummated their “will they or won’t they” relationship some time ago, and they believe that they had a son together. And the latest conspiracy they’re tackling isn’t so much about alien abduction as it is about dastardly governmental and oligarchical forces enslaving or destroying the rest of humanity.

OK, so maybe that does sound similar to a past X-Files conspiracy or two—particularly since these shadowy forces are using alien technology to commit their nefarious acts of evil. And even though Scully and Mulder haven’t been a professional tandem for lo these many years, they seamlessly slip into the same patterns—deepening the ruts with each pass by the Smoking Man diner. Mulder, showing the years in a face full of grayish stubble, no longer just wants to believe. He almost compulsively has to believe in these terribly depressing conspiracies. And even though he’s probably right (because, in The X-Files, Mulder almost always is), Scully must reel him back into some semblance of normalcy.

The Gore Is Out There, Too
But that cliché applies to the show’s content as well. If anything, in fact, the onscreen negativity here feels a lot like Mulder: getting a little more extreme all the time. People (and things) get shot and killed, often graphically so. Horrific experiments perpetrated upon the innocent are only partly obscured. There’s nudity, too (though only alien so far). And the Smoking Man—still somehow alive after all these years—hasn’t given up his filthy habit.

Mulder may sum things up best when he punctuates a gruesome, alien-influenced attack by saying, “I blacked out after Goldman’s eyes popped out of his sockets. Believe me, you can’t unsee that.”

Truly this has always been, while revolutionary, a deeply uneven, problematic show in terms of quality, themes and discomforting content. And some things never change, even if old fans—now years more mature and discerning, and probably with families of their own by now—wish they would.

Forget about last season’s cliffhanger, when it looked as if humanity was about to be consumed by a terrible plague and Scully was seemingly zapped up by a spaceship. Those were just visions brought on by a mysterious seizure. When she’s examined, doctors say there’s no brain damage, only “gross abnormality.” Skinner, Mulder and Scully’s good old boss, detects some brain pulses that he thinks look like Morse code. No matter: Mulder leaves the hospital room in search of the Smoking Man and some answers, while Scully frets about her “visions” and her mysterious son.

We hear a great deal about how Scully’s son might’ve been conceived, and hear hints of drugged kidnappings and Scully perhaps having her clothes removed while she was unconscious. Elsewhere, Scully’s legs are largely revealed during a struggle on the hospital floor. More critical, certainly, is the struggle itself: An assailant tries to smother the FBI agent, and when she tumbles to the ground, he chokes her nearly to the point of death. Mulder arrives and slices the man’s throat, sending blood spurting.

Scully also gets knocked unconscious twice during the episode: once as a result of her seizure (after which we see a trickle of blood from her mouth and hear that she bit her tongue). And again when she gets into a car crash. (We see the accident and the resulting cuts and bruises on her face.) Someone following Mulder in a high-speed car chase also crashes, damaging a few other vehicles but escaping uninjured himself. Another FBI agent is run down by an assailant in a car and bounces over the windshield. (He, too, is mostly unharmed.) Guns are pointed. Old news footage shows riots and massive explosions. In flashback, an alien has a massive needle inserted into his neck. We hear about plots to exterminate humanity via disease, as well as rumblings about another group of conspirators hoping to escape our chaotic planet via space colonization.

Crosses are visible in Scully’s visions. The Smoking Man says he hopes that the “world will go on” after a potential cataclysm, “Just in my image instead of God’s.” Characters say “a–,” “b–ch,” “d–n” and “h—,” and Mulder says “B.S.” at one point. The Smoking Man, obviously, smokes.

Mulder and Scully reunite at the behest of Tad O’Malley, a Web-based talk-show blowhard who has an unhealthy fascination with aliens and the paranormal. He believes that the FBI’s former X-Files duo might be able to break open “the most evil conspiracy the world has ever known.”

People get hit. We see soldiers gun down a nude alien crawling away from its crashed ship. (Obvious bullet holes pierce its back.) An “abductee” sports scars on her midsection. And we see scream-laced flashes of her gruesome torments, in which her captors made her pregnant “a number of times,” always stealing the babies away before they could be born. Two explosions kill a number of people. Spots of blood sometimes spatter Scully’s neck and clothes. In news reels, we see a hydrogen bomb explode.

Scully talks about doing “God’s work” at Our Lady of Sorrows Hospital. Someone jokes about how his “hand would still be hot from touching the Bible.” O’Malley offers Mulder and Scully champagne. They refuse, but later Scully appears in the man’s limo with a champagne flute in her hand. A guy smokes through a tracheostomy tube. Characters say “a–,” “d–n” and “b–ch.” God’s name is misused once or twice.