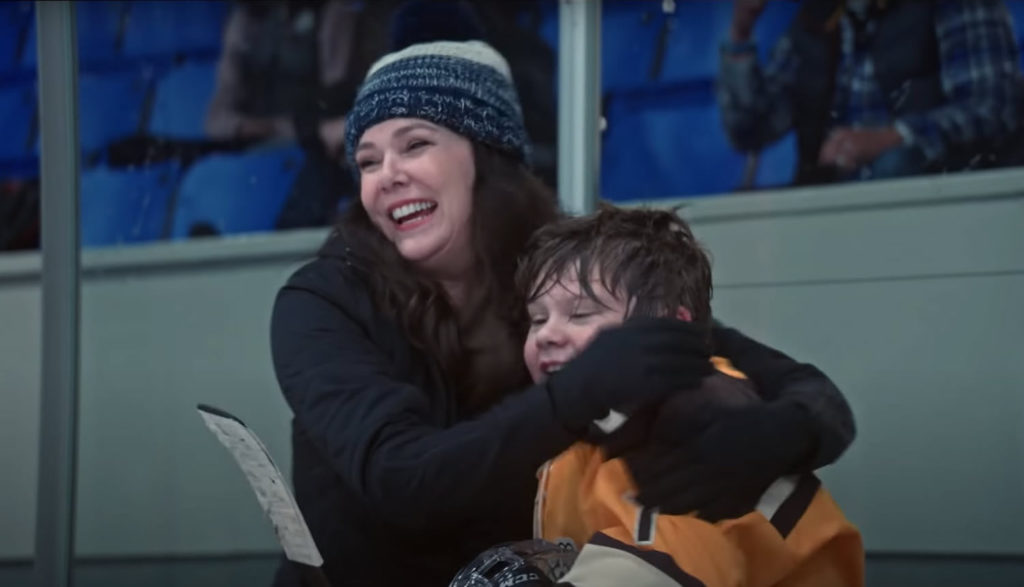 The Mighty Ducks are mighty haughty these days.

It wasn’t always so. Back in 1992, the Ducks were just a plucky bunch of kids graced with more heart than talent. Sure, Gordon Bombay coached these try-hard kids to some success back in the day. But for him, the goal was never goals; it was fun and teamwork and all those intangible qualities that sports is supposed to provide. And that was enough.

But nowadays, the team’s like the New York Yankees of Minnesota youth hockey. When players hit the ice, it’s not about fun. It’s about winning. And win they do, chunking trophy after trophy into whatever hardware-stuffed room the Mighty Ducks might have.

But to lift all those trophies, you have to drop players who just aren’t good enough to help them win more. Like Evan, who’s just a hair too slow and a bit too small to push the Ducks to another state title.

“I got it off the internet, and I’m phasing it out,” he says.

Icing on the Cake

But 12-year-old Evan isn’t ready for his hockey career to end just yet. And his mom thinks that maybe youth sports in the 21st century have gotten a bit too competitive. “These are children!” she screams in a rant that quickly goes viral. “This is a game!” So the two decide to organize their own team, populated by various misfits who’ve been somehow left behind. Some of them have even played hockey.

Take Jaden, known to the online world as Koob13. The guy’s a world-class goalie … in video games. He doesn’t exactly look like a hockey player, but he’s willing to see if his virtual skills translate to real-world ice. New arrival Logan looks the part and owns all the equipment. He even came from Canada. Unfortunately, he can barely stand up on a pair of skates, and that might be a problem, eh?

Nick hosted a hockey podcast before Evan asked him to join the team. Sam joined on a dare. Bear-ear-wearing Lauren Gibby decides hockey might be just the outlet for her inner rage.

And the coach? That would be Alex herself, even though she knows just about as much about hockey as your average woodland rabbit.

Evan’s team is promptly christened the Don’t Bothers—because that’s what most of these players were told at some point. And while it’s not exactly the sort of team that’s going to have the Mighty Ducks shaking in their shoes, the crew might just have a few tricks up their sweater sleeves yet.

Among them: Gordon Bombay, the same guy who coached the Ducks to their very first title back in 1992. Sure, he says he hates hockey. But he manages a conveniently dilapedated ice rink. And he may have a little wisdom yet to share.

The Mighty Ducks: Game Changers flips the script on one of Disney’s most surprisingly enduring franchises. And it’s aiming not just for the net, but at 21st-century youth sports.

Oh, it’s not taking a vicious slap shot, mind you. But Alex and Evan’s quixotic quest to suggest that hockey really can be fun and games ribs the a win-at-all-costs sports mentality that can filter down even to the pee wee set. In the opening episode, Alex notes that one of the other Ducks moms is bringing two trainers to practices. “Um, I’m actually a pediatric sports psychologist,” one notes, which proves the point.

Exaggeration? Of course. But I think that many moms and dads can relate to today’s hyper-competitive youth sports leagues. Kids want to win, of course—who doesn’t? But sometimes, for parents and coaches, winning can take on oversized importance. I’ve been on soccer sidelines where parents were thrown out for screaming profanities at the referees or, worse yet, the kids themselves.

You won’t hear quite what I heard on those soccer fields in Game Changers. But parents should be mindful that some questionable language can come into play at times, most notably misuses of God’s name. We’re exposed to a bit of bathroom and gastronomical humor, too. And lest we forget: Hockey can be a violent sport, and full-contact checking is on tap.

But compared to most of what we’d find streaming elsewhere, the concerns (so far) for this Disney+ show are relatively minor. Anchored by Gilmore Girls’ Lauren Graham and the return of Emilio Estevez as Gordon Bombay, Game Changers not only is about bringing fun back to the ice rink, it’s about offering viewers a little dollop of fun as well.

When Evan Morrow is unceremoniously cut from Minnesota’s Mighty Ducks youth hockey squad, his mother, Alex, decides to start another team. Evan is a little mortified at first, and it doesn’t help that Alex’s rant at the coach was recorded and went viral. But when he meets the gruff Gordon Bombay, manager of a past-its-prime hockey rink, Evan decides creating a new team might be cool after all.

Gordon tells Alex (who’s a single mom) that she can’t coddle her 12-year-old son anymore. But he also tells Evan that while his mom might be “doing it all wrong,” her heart’s right where it needs to be. “She’s hustling because she loves you.” But Gordon adds to Evan, “You gotta make it happen for yourself.” It’s a good message about the importance of growing up and, more critically, the need to take on more responsibility as you do so. The episode also offers other strong messages, too, such as making space for everyone to play a game they love … even if they’re not very good at it.

Evan’s next-door neighbor, a hockey podcaster and new team member named Nick, tells someone that Evan and Alex have been “our non-Jewish guests at Passover” before. We see a few posters depicting a devil head on them. Alex criticizes some fellow hockey parents for their “godlike worship of protein.” A girl discusses her yen for the game Magic: The Gathering.

A girl wears a shirt that exposes just a bit of her midriff. A skilled gamer contemplates becoming a new team’s goalie, but reconsiders after he realizes, “I’d have to wear pants.” (He’s in his parents’ basement wearing a pair of shorts as he says this.)

Players get checked into walls and knocked over in hockey-related moves. A prospective member of the new team announces that she owns a pair of nunchucks, which she’d be happy to bring to practice if so desired. Someone sees a hard hit and apparently vomits while on the bench. (We don’t see it, but we do hear it.) We hear a couple of f-word stand-ins (“frigging” and “fricking”) and “crap.” God’s name is misused twice.