Annie Bello swirls through the hospital corridor like a hurricane in tight leather pants, the echoes of her latest argument—with her son—still lingering in the air. Two women watch her sweep by, and one wonders whether Annie’s the lawyer she always sees on TV.

Annie—better known to her friends, her family, and to the world in general as Rebel—would take that as a compliment.

This One Has a Cause. Several, Actually.

Some folks don’t like it. Sometimes, even her closest friends and associates and family members don’t like it. Her three kids—the progeny of three different husbands, by the way—have plenty of stories they could tell. Cassidy, a lawyer, bemoans when her mom showed up three hours late to her 13th birthday party and harangued the guests about the toxicity of supermarket frosting. Son Nate, a gynecologist, laments the fact that Rebel she was gone for most of his childhood. Ziggie, her youngest, thinks her mom is a “righteous b–ch,” but Ziggie’s also a recovering addict who needs a stable environment. And Rebel’s environment is anything but stable.

Rebel isn’t shy about asking for favors from her kids, either—not for herself, but for the people she works for. People whom she believes have been abused by someone or something, and who have nowhere left to turn. Some people would call her a defender for the defenseless. Others would call her a particularly persuasive busybody. Still others call her … well, names that are certainly unprintable here.

But Rebel doesn’t care. She’s not out to make friends but to make the world a better place. And if she makes that world a more annoying place for some, that comes with the territory.

Rebel, the character, is loosely based on Erin Brockovich, the real-life crusader/gadfly whom Hollywood thought needed her very own movie back in 2000 (earning star Julia Roberts an Oscar). Brockovich herself serves as one of the show’s executive producers, and the character is played by an actress who practically personifies brassy on screen: Married With Children and Sons of Anarchy’s Katey Sagal.

You’ve got to respect Rebel’s do-good passion. She’s a little like a secular Old Testament prophet: unafraid to speak truth to power and willing to make enemies or spend a few nights in jail to make her point.

But Rebel, the show—just like the character—comes with plenty of baggage.

For starters, Rebel is hardly a model of Old Testament modesty. She uses her cleavage and tight pants as a weapon, when necessary. She makes no secret that she’s known plenty of men: “I have three different kids with three different husbands, so I try not to judge,” she tells someone, and the camera doesn’t hesitate to enter the bedroom when she’s (ahem) entertaining someone else. She curses and drinks, too—as do plenty of others on the show.

With the show being on ABC and all—a network that’s still held to broadcast content standards, unlike streaming services or premium cable—Rebel doesn’t get too explicit. Nudity isn’t on tap. Profanities don’t include the harshest of words. Still, you can almost see in this show ABC’s envy of its more fast-and-loose entertainment cousins, and its desire to push against those standards.

“You are not an easy woman,” says Benji, one of Rebel’s ex-husbands, tells her. “But you are an extraordinary woman.”

The show that features her, meanwhile, is neither extraordinary nor easy. But, in terms of its ticklish content, it is loud. In Rebel’s world, and perhaps in ABC’s, that’s something.

Rebel crashes a swank party thrown by the Stonemore Medical company and its well-heeled investors. Seems Stonemore has been producing artificial heart valves that Rebel believes are making their recipients sicker, and she brings a bevy of protesters to the party (and the media, of course) to illustrate her point.

But that’s just the first stop on Rebel’s newest crusade. For her to make any headway, she has to get some solid medical data, so she begs her gynecologist son to start a study. And she needs the backing of her boss, Cruz, and his legal firm to take Stonemore to court. Both Cruz and Rebel’s son, Nate, though, are pretty skeptical of her latest cause.

During the party, Rebel gets knocked off stage and slams into a table, which breaks under her weight. “If you can help me up, you can arrest me,” she says to a couple of newly arrived police officers. They do. Later, several people mention that a news crew took video of her that went straight up her dress. We see a picture of the moment, with Rebel’s privates apparently pixelated. (Rebel privately tells someone that the picture just means more publicity for the cause.)

Rebel and her current husband, Grady, kiss each other in bed, apparently post-coitus. (He’s shirtless, lying on top of her.) But Rebel suspects he’s having an affair when she finds the card with a woman’s name on it in his wallet. She’s

Rebel often wears revealing tops and skin-tight pants, and we see her adjust her breasts (to augment her cleavage) before meeting with someone. She talks about, and to, her many ex-husbands—reminding one of them that he had an affair when their son was just 3. Nate strips off his shirt in his office. Rebel threatens somebody by saying that she brings corporate CEOs to their knees, “and not in a sexy good time sort of way.”

Rebel and her associates help a woman who’d been abused by her boyfriend: We see the bruises on her neck where he’d grabbed her, and the bloodstains on her blouse (after she tried to defend herself with a kitchen knife). In court, a lawyer describes the attack in some detail. Later, the man returns and headbutts a police officer. He gets into a fight with someone else, where he’s kneed in the groin and thrown against a wall (reopening the bloody wound in his side).

We hear some terrible stories about what the allegedly faulty heart valve has done to some of his recipients. Rebel visits someone who’s very, very sick.

Drugs and an illegal gun are found in a drum kit. Rebel’s daughter, Ziggie, attends a drug addicts’ anonymous meeting, where people recite the Serenity Prayer. (We learn that she’s been clean for 73 days, but we hear some alarming stories of when she wasn’t.) She tells a fellow DA attendee who hits on her that it’s probably not a great idea if they see each other. “We should focus on recovery if we want to recover.” (Still, she appears to be attracted to him.) Rebel quaffs what’s left of a martini when she crashes the Stonemore party; press reports later allege that she was drunk. Rebel wonders what she smells on Grady. “Stress, sweat, beer,” he tells her. 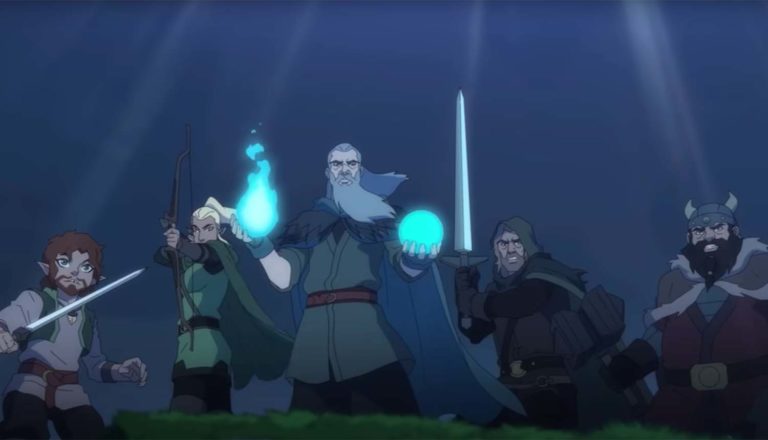 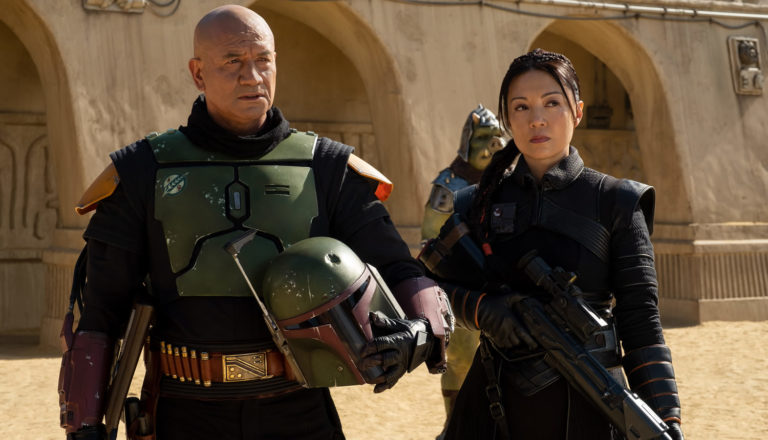