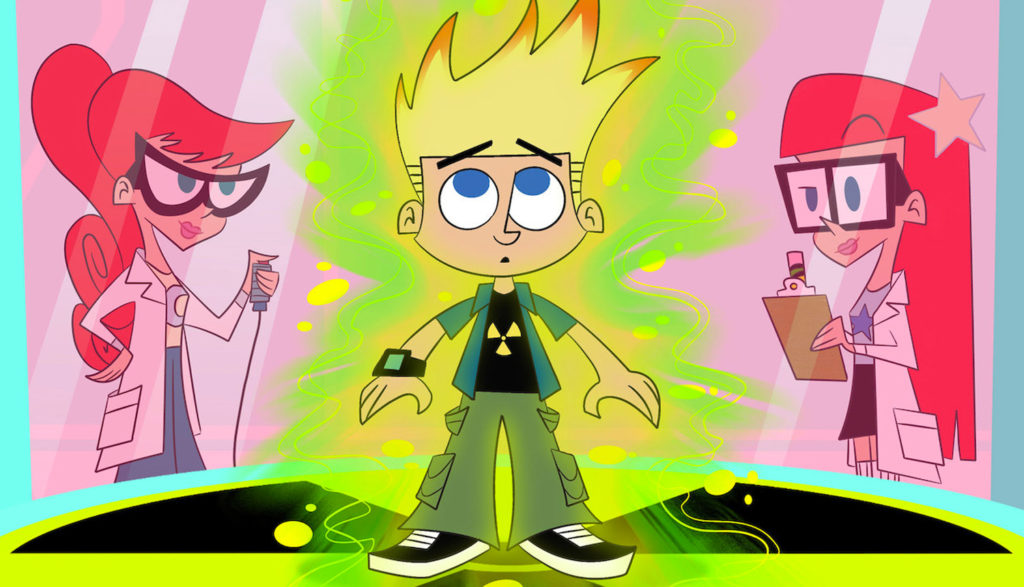 Sure, his compulsively clean, homebody father, his workaholic mother and his lame-o school schedule can be quite the bummer. But the 11-year-old mischief-maker finds plenty to balance all that less-than-spectacular nonsense.

His older, genius twin sisters, Susan and Mary use Johnny as a guinea pig for their scientific experiments. His anthropomorphic dog Dukey always keeps things interesting. And then, of course, Johnny has his occasional job of saving the town from any baddies that may visit—often with the technological help of the twins.

It’s all in a day’s work, they say, and most of Johnny’s days are filled with doing the best he can to fight against villains and annoy his family to no end.

Johnny Test first aired in 2005 on Kids’ WB. It ran for six long seasons with each episode divided into two segments and clocking in at about 10 minutes.

Now, the show has been revitalized on Netflix and is technically in its seventh season. And this time around, Johnny Test has a new look with animation that’s reminiscent of Kim Possible or The Fairly Odd Parents for a fresh feel.

But other than the animation, not much has changed. Johnny is still annoyed with school, he still gets all his crazy, villain-fighting equipment from his brainy sisters and he’s still spoiled by his parents. Oh, and he’s consistently up against the same baddies as before, like the rich Mr. Bling-Bling.

Expect a few words like “darn it” or “crud,” know that bad attitudes are often a given and don’t place any high hopes on educational material. If you do that and remember that this is a harmless but brainless series, you’ll be good to go.

In the first segment, Johnny and a host of villains are forced onto an island where they must defeat the ultimate, spoiled villain, Mr. Bling-Bling. In the second, Johnny’s sisters create a robotic baby brother who turns evil.

Kids say “darn it,” “crud” and “mech butt” a few times. Johnny’s parents and sisters fawn over his cute baby pictures and his naked baby bottom. A robotic baby turns “evil” and blames Johnny for everything to get him into trouble.