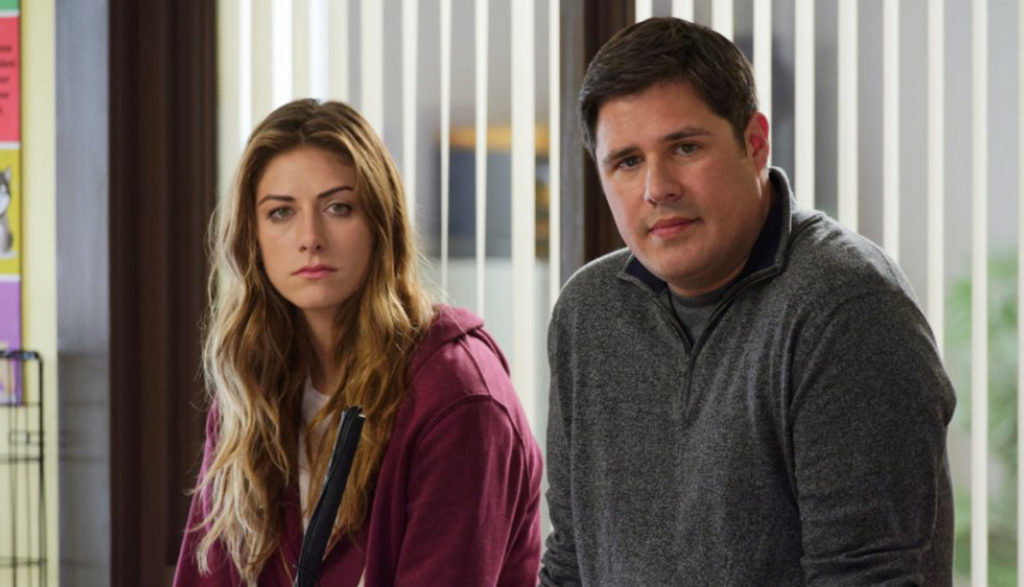 They say that Justice is blind. So is Murphy Mason. But other than that, this CW character doesn’t have a lot in common with the blindfolded lady holding the scales.

Oh, Murphy could be a catalyst for justice if she felt like it. She sure knows plenty about a lot of unjust acts, from corruption to murder. She knows, as they say, where the bodies are buried.

But part of that is because, sometimes, she helped bury them.

Luck of the Iris

Murphy’s not all bad—at least not compared to some of the murderers, drug dealers and corrupt cops we see in this CW show. But she has … issues. She spends much of her life drunk, and when she’s not drunk, she’s regretful and paranoid about what she did when she was. Murphy seems to follow, fittingly enough, Murphy’s law; but that’s about the only law she respects.

Murphy has some tolerant friends who help her sober up when necessary, lie for her when necessary and, occasionally, commit felonies for her when necessary. Jess, her roommate, is attracted to other women, but her love life doesn’t keep Jess from serving as Murphy’s unpaid nursemaid when required. Felix, her boss at the guide-dog charity she works for, is surprisingly understanding when she’s too hung over to work.

Murphy attracts a bevy of boyfriends, too—sometimes dating multiple beaus at the same time (much to their chagrin). One such Romeo, an IRS agent named Josh, learned that not only had she slept with another guy (Max), but she might’ve been involved with a money laundering scheme with a now-missing and likely dead drug dealer. Oh, and Murphy stole his phone, too, leading him to say, “You really are an awful person. No, really, you are the worst person I’ve ever met.”

It doesn’t seem like an overstatement. They say that love is blind. But for Murphy, it’s apparently not blind enough.

In the Dark is now in its third season. And I’m slightly amazed it’s made it that far.

Granted, it never pays to overestimate the willingness of people to watch what, by any objective measure, is a subpar show. I mean, plenty of shows are objectively worse and morally more reprehensible than In the Dark, which at least boasts a bit of self-aware wit.

But it is really hard to craft a crime-centric drama on characters this unsympathetic.

Typically in crime-based shows, you’re rooting for the good guys (cops, private eyes, bored socialites, etc.) to catch the bad guys. Occasionally, such shows manipulate you into rooting for the “bad guy” to get away. In the Dark, at least in my short exposure to the series, seems to beg you to root that everyone gets what’s coming to them—only there’d be no one left. It makes you want to root for characters from a much-better show to storm in, arrest everyone involved with In the Dark and demand they all be held in perpetuity, with no possibility of parole. Or, better yet, the creators themselves would end the show, mid-episode, with an apology. “We’re sorry we wrote our characters to be such jerks,” they might say. “We had bad childhoods.”

Watching In the Dark would make for a bad episode in any sane childhood, too. The violence can be jarring. The level of promiscuity can be dismaying. The drunkenness and duplicity can be pervasive. While In the Dark doesn’t have too much foul language to worry about (apart from a handful of mild profanities), I chalk that up to simple exhaustion in the writers’ room, trying to stuff so much bad behavior into one tiny show.

In the Dark is aptly named: Better to sit in the dark than watch this show.

Murphy is not guilty of murder, but she and her friends sure make it look like they are. Murphy spends most of the episode obsessing over a missing coat button that might incriminate her. (It apparently popped off in the woods, where she and her beau, Max, buried a couple of bodies and then had sex.)  Meanwhile, Murphy’s other jilted beau, IRS agent Josh, suspects that she’s guilty of murder and plans to use every tool in the IRS arsenal to see that she pays for her crimes. So Murphy connives to get the fellow fired.

We hear guesswork about how the button popped off: Murphy suspects that it was when Max was “ripping off my clothes.” Even though she and Max are through, Murphy encourages him to help her look for the missing button, because his semen could be “everywhere.” “You know exactly where my semen went,” he tells her. “I’m good.” We hear more about Murphy’s promiscuity elsewhere. After the furnace goes out at the non-profit Jess and Murphy work at, Jess complains that she can’t feel her breasts (touching them with her hands for added emphasis).

A black-and-white scene depicts a man smashing a woman’s head into the front of a car, leaving a splash of blood. The unseen man then drags the woman away. Two bodies are discovered buried in the woods—a popular secret burial spot for criminals, according to a helpful informant in jail. (Surprisingly, they didn’t uncover more.) We hear plenty about the show’s various murders, as well as about Murphy, Jess and Felix’s role in a money laundering scheme.

Beer bottles are strewn about on Murphy’s nightstand. She says she can’t go to work because she’s hung over and feels “pukey.” The latter is a lie, but she lies plenty elsewhere, too. There’s a reference to someone dying of an opioid overdose. There’s a passing reference to a margarita.

Murphy steals someone’s phone (and, naturally, lies to the owner about stealing it). We see evidence of corruption on the police force. Someone urinates in the woods. We hear one use of the word “h—” and three misuses of God’s name. This Amazon drama features a teen girl coming of age … in a forest, as she’s raised by her father to become an assassin. 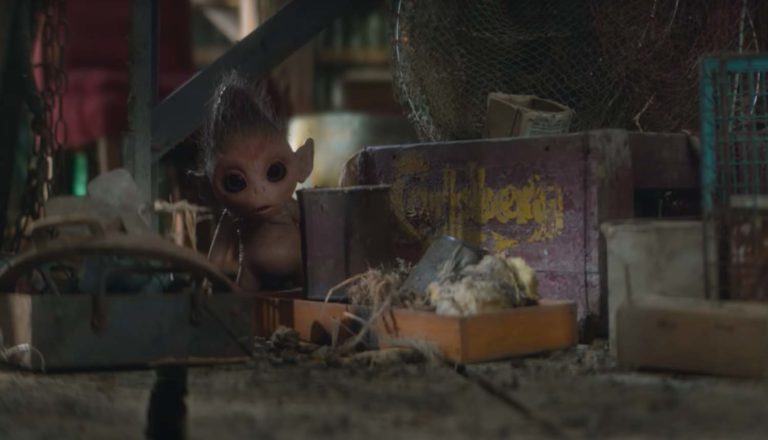 Elves are often depicted as cute and cuddly in Christmas specials. But here? Not so much. At all. Despite its name, Marvel’s Hit-Monkey on Hulu is a clear, horrific miss. Netflix’s latest anime show is about a guy who can manipulate electricity. The results are, truly, shocking.