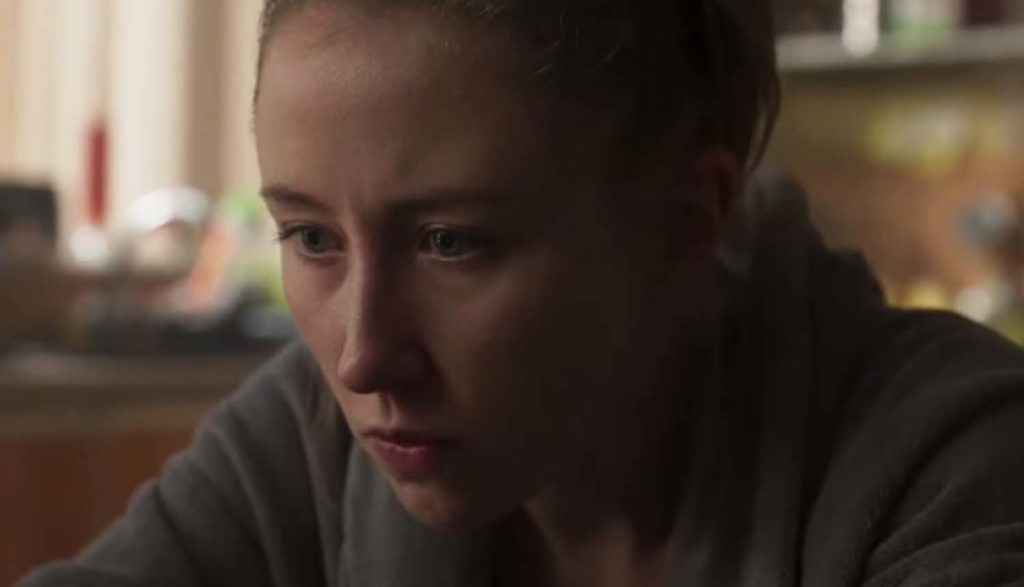 Becky saw it all. Every post. Every picture. Every pithy quote. Chloe with her rich, powerful, loving husband. Chloe with her glamorous, well-to-do friends. Chloe on the beach. Chloe at a picnic. The red hair. The beautiful clothes. The smile. The laugh.

Becky knew every crease of that smile, every perfect tooth revealed by that laugh. Night after night, she’d spin through Chloe’s social media posts ‘til 1, 2, 3 a.m.

So when Chloe killed herself, Becky was as surprised as anyone.

Her goodbye post seemed so out of character, her friends said: a song lyric from The Smiths. “To die by your side is just a heavenly way to die,” it read. Who even knew that she used to listen to The Smiths?

But Becky’s more puzzled by something else: Why Chloe would call her just before she died?

Becky is nothing like Chloe’s well-heeled, well-polished friends—those who attend charity galas and take classes at private health clubs and who live in the affluent suburbs of Brighton, England. She’s a nobody: a frustrated temp worker, a caretaker for her Alzheimer’s-stricken mother.

But perhaps she can be somebody yet.

It’s not foreign territory to her, being somebody. Becky’s quite fond of pretending. She sneaks into those posh parties in stolen clothes, and there she drinks the free champagne, dines on tiny sandwiches with toothpicks in the middle and beds the occasional man. It’s a hobby of hers, you might say.

But now, Becky would like to be somebody for more than a night. She’s aiming higher now. With Chloe gone, Becky wants to move into that vacuum: cozy up to her friends; meet her grieving husband; get invited to their dinner parties, their galas, their intimate tête-à-têtes. She’ll be Becky no longer: Call her Sasha now. And if her confused mother has to fend for herself some nights, so be it.

And perhaps in the end, Becky might get more than a handful of hors d’oeuvres. She might just learn why Chloe died. Yes, Becky’s hiding plenty about herself—but so, she believes, are Chloe’s friends.

In any case, someone has to get to the bottom of this mess. And if Chloe’s pals won’t give it a go, her most dedicated social media follower will.

The six-episode Chloe landed on the BBC in February 2022, following that up with a North American run on Prime Video. The psychological thriller has been widely praised for its strong writing, its many twists and surprises, and the lead performance of Erin Doherty as Becky/Sasha (along with other false identities).

And among its myriad themes, many are pretty relevant to those of us at Plugged In. Becky’s obsession with social media mirrors that of many a teen and young adult, who often feel their lives just don’t measure up those they see on their feeds. Chloe herself serves as a tragic reminder that there’s often a huge gap between the lives we see on Instagram and those same lives as they truly are. Here, airbrushed expectations run headlong into messy reality, as they so often do.

But that’s not the only thing that’s messy about this show.

While American network television still puts the brakes on the worst sort of language, the BBC is under no such compulsion. We hear the harshest profanities, including the f-word. While explicit nudity has thus far been absent, characters have sex rather frequently. Becky and others lie with wicked abandon; sometimes I wonder how they’re able to keep mindful of the truth.

And, of course, we must remember that a tragic death stands at the center of the drama here—and a violent one. It’s not the only death we’re forced to confront in the show’s six episodes, either.

Chloe lays bare the differences between who we are and, often, the people we pretend to be. But as the show exposes messy truths, so must we: Much of Chloe’s content could be left off the show’s own feed.

Becky’s life is pretty humdrum. She works for a temp agency, and her current gig is going nowhere. Her mother, with whom she lives, suffers from dementia. So Becky must deal with her mom’s erratic personality swings. And when her apartment goes quiet, she spends the night scrolling through social media—paying special attention to the posts of glamorous, buoyant Chloe. But when she learns that Chloe died somewhat mysteriously—and that she’d called Becky twice before her death—Becky’s determined to find out more. And she’s going to pretend to be someone she’s not to do it.

Becky’s no rookie when it comes to these sorts of pretentions. She lies her way into a posh party, calling herself Eleanor. There, she meets a guy named Josh: They have sex that same night, and we see the encounter in some detail. (No nudity, but Becky is wearing a black bra, and there’s a great deal of movement, noise and other sexual activities in the bed.) Becky later meets Josh at another party—one where she’s masquerading as Sasha. Josh soon learns Becky’s real name, and they later confront each other (in the men’s restroom), where Becky exacts a least a bit of assurance that he won’t expose her.

Becky lies to a great many people, lets the air out of someone’s tire and seems to steal another person’s coat. We see her urinate into a vial in a restroom, then dump the vial’s contents into a liquor bottle in her boss’s office. A caregiver chides Becky for leaving her mother alone too much. That said, her mother is clearly difficult to live with: “You look like a weird little man,” she tells Becky at one point.

Becky and others drink wine and champagne. She meets Livia, one of Chloe’s friends, at a yoga class: We see women in sports bras and form-fitting exercise wear, and we hear some discussion revolving around yoga positions.

Someone who’s perhaps drunk makes a profane ruckus at a dinner gathering. Livia apologizes to Becky later for his behavior, saying the guest can either be a “fun party animal or the s— stony wanker.” We hear nearly a dozen f-words and another two s-words, along with six abuses combined of Jesus’ and God’s name.

Becky continues to grow closer to Chloe’s inner circle—working for her apparent best friend, Livia, and sidling up to Chloe’s handsome, grieving husband, Elliot. Her connection with him winds up getting as intimate (in all aspects) as she could hope. Meanwhile, we see a series of flashbacks that illustrate why Becky was the last person that Chloe called the night of her death.

Becky and Elliot have sex, which we see intermingled with flashbacks of Chloe’s and Elliot’s intimacies. (Though the sex scenes aren’t particularly graphic, there’s no question as to what’s going on.) Becky straddles and smooches someone else, and it’s suggested that they, too, have sex. We hear about a politician who sent inappropriate, sexually graphic pictures to someone working for him; at least one of those pics, we’re told, involved bestiality.

Becky asks one of Chloe’s friends how he’s doing. “Better when I’m drunk,” he says, grabbing another glass of wine. When driving Elliot home, Becky pretends to be tipsy to pull an invitation to sleep over at Elliot’s house. She smokes cigarettes with both Elliot and his mother, all three relishing the forbidden thrill of it.

Becky finds pills in a trashcan, which she (correctly) assumes must’ve been Chloe’s. Elliot tells her that Chloe was on antidepressants, and Becky imagines Chloe burying them in the dirt of a houseplant. Elliot tells Becky that Chloe was very depressed, in part because she and Elliot were struggling to have children—but Becky learns that wasn’t the case. (She learns this, of course, through more lying and subterfuge.) She wonders whether Chloe was sleeping around.

We hear a half-dozen f-words and four s-words. We also hear “h—,” the British profanity “bloody” and about nine misuses of God’s name.