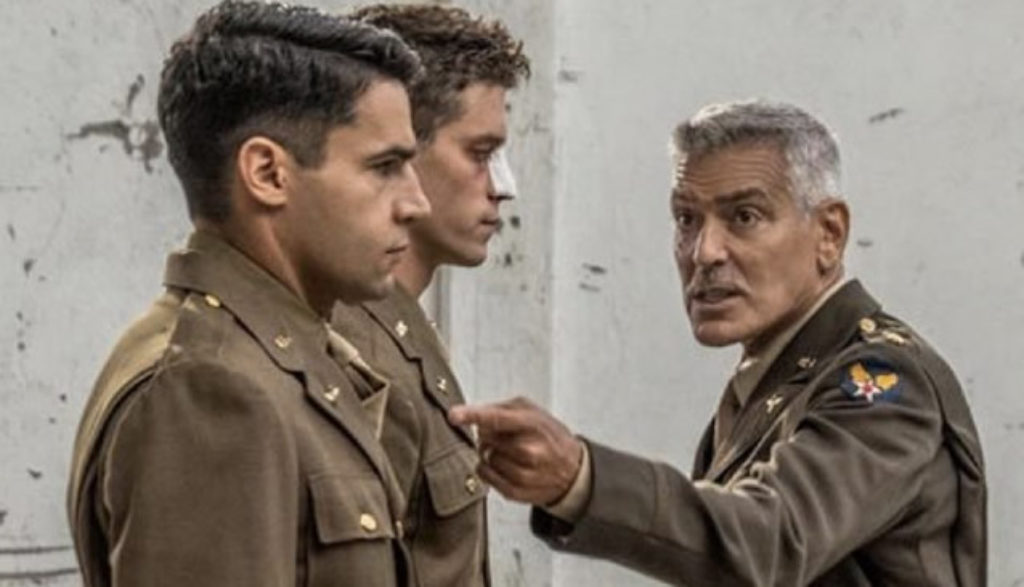 War is many things. But sane? Not so much. Not to hear Capt. John Yossarian tell it.

Yossarian—Yoyo for short—drops bombs for a living. He sits in the nose of a B-25 during World War II, stares down at the Italian countryside and, when he sees the day’s target—a munitions dump or an air strip or maybe a hamlet filled with folks who haven’t done him any harm—he opens up the plane’s bomb bay doors and rains tons of high explosives on it. It’d be easy work if the soldiers down below weren’t so determined to shoot him out of the sky.

He’s done this sort of thing for a while now, so you’d think he’d be used to it. In fact, Col. Cathcart seems determined to give him as much practice as possible. Yossarian, like every other guy manning a B-25, was supposed to go home after flying 10 missions. But Cathcart keeps upping that number: from 25 to 30. From 30 to 35.

Seems like the Germans aren’t the only ones trying to kill Yossarian. And as Yossarian himself would say, just because you’re paranoid doesn’t mean they aren’t after you.

All Quiet on the Western Front Meets MASH

Hulu’s Catch-22, based on Joseph Heller’s blistering 1961 satire of World War II, is named after a paradox. When Yossarian asks the kindly Dr. Daneeka if the good doc would ground him for being insane, Daneeka says he absolutely would: In fact, everyone who goes up on these bombing missions is technically crazy. You’d have to be to go, right? All these pilots and bombardiers need do is ask to be relieved.

But here’s the rub: As soon as you ask, you’re obviously sane. “Anyone who wants to get out of combat duty isn’t really crazy,” Daneeka explains. “Catch-22 specifies that a concern for one’s own safety in the face of danger, real and immediate, is the process of a rational mind.”

“It’s the best there is,” Daneeka agrees.

Catch-22, both the book and this miniseries, unpacks the inherent irrationality of war. And befitting Heller’s comic horror, everyone here seems to be a little off his nut. A guy named Scheisskopf (a German surname that would be translated as “s—head”), is fanatical about parades. Ambitious mess officer Milo Minderbinder won’t stop at anything to make a buck—including making deals with the enemy. Orr, Yoyo’s bunkmate, keeps crashing his planes. The optimistic Clevinger might be the craziest of them all, given his continued faith in both the Army and its officers. And then, of course, there’s Major Major—that’s his first and last name—who (at least in the book) eventually becomes a major because, well, why not?

Hulu’s Catch-22 comes with its own catches, of course. On one hand, it’s dutifully respectful of its source material and seems a strong, serviceable television rendition of one of 20th-century literature’s most revered classics.

But just because a book is a “classic” doesn’t mean everyone should read it—much less watch the miniseries based on it.

Heller’s Catch-22 is both hilarious and horrific, but it is, above all, incredibly cynical. The Greatest Generation? A just war? A Good God? Yossarian thumbs his nose at such naivety. Sure, the Nazis might be bad, but could they be worse than his own commanding officers? As he says in the book, “The enemy is anybody who’s going to get you killed, no matter which side he is on.”

You don’t need to embrace Yossarian’s cynical and self-serving viewpoint to appreciate Catch-22, naturally. But to embrace this show, you’ll be exposed to some incredibly difficult moments—many moments, remember, that Yossarian desperately wants to get away from.

World War II was as horrific and as bloody a conflict as we’ve seen, and we see plenty of those horrors and that blood. And instead of the show’s humor mitigating the carnage we sometimes witness, it instead seems to magnify it—stressing the insanity Yossarian observes all around him.

Catch-22 takes place largely in and around World War II-era military barracks, so women are rarely seen. But when they are, we mostly see them naked and in the throes of sexual activity. Language can be truly abysmal, as well: Most of the bombs Yossarian drops seem to be of the f- variety.

That’s the thing about shows like this: There’s always a catch.

Yossarian finishes up his bombardier training and finds himself as an active member of the Italian front. But before he leaves the States, he manages to have a torrid affair with his commanding officer’s wife.

“Do you sleep with me because you like me, or because you hate my husband?” the woman asks him. For our purposes, the answer doesn’t much matter, because the couple actually does precious little sleeping. The sex they have is obvious, explicit and nearly pornographic in its nudity-filled detail. Later, the woman lies on her stomach, completely naked and backside exposed, as they talk about God.

“Don’t tell me that God works in mysterious ways,” Yossarian tells his more religious paramour. “There’s nothing mysterious about it; He’s not working at all. He’s playing. Or else He’s forgotten all about us. He’s a brainless, conceited hayseed. I mean how much reverence can you have for a Supreme Being who finds it necessary to rob all people of the power to control their bowel movements?”

“Be careful what you say about Him, honey,” Yossarian’s mistress tells him. “He might punish you.” But Yossarian continues to mock the Almighty.

We see men naked from the rear as well—including Yossarian staggering through a military base, covered in blood and screaming. While on an airborne mission, Yossarian looks at a fellow bombardier in the glass-nosed plane next to him right before an explosion tears into it. The other bombardier lands on Yossarian’s own glass window—his bloodied, mangled face staring straight into Yossarian’s own before another shot blows the doomed man off. Blood covers the glass after his departure. Later, Yossarian recounts the experience to other men. He could see “every hair in his nostril, every crooked tooth.” And on his face was “just terror.”

A man faints while standing during a parade and is, of course, punished for it. (We see a bandage covering his apparently broken nose.) We see explosions, fire and flak from anti-aircraft guns. Yossarian accidentally sends a newcomer to his death—directing him to a briefing room instead of the administration tent. (The man is whisked off to participate in a mission, and Yossarian learns that his plane was shot down.) Several characters smoke (including one while sitting in the midst of a bunch of live ammunition), and men drink beer.

Characters say the f-word at least 17 times, and the s-word nearly a dozen. We also hear “a–,” “b–ch,” “b–tard,” “h—” and a variety of slurs. (A commander asks a soldier if he’s “retarded,” for instance, while another commander accuses a roomful of men of being “sorry-a– homosexuals.”) God’s name is misused a dozen or so times, and it’s paired with “d–n” about 10 of those times. Jesus’ name is abused four times as well.