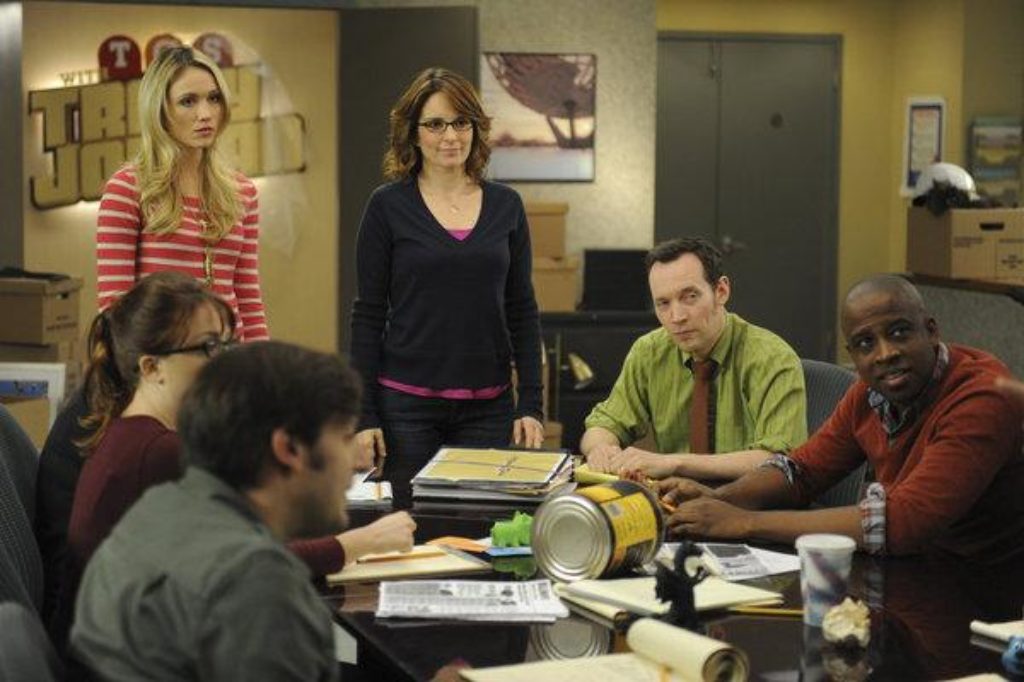 In one episode of NBC’s inside-baseball sitcom 30 Rock, Jack Donaghy barrels into NBC’s “standards department” and announces that the network can no longer use the words “hit,” “great show,” “fun” or “broadcast television.” The line’s a dig at the broadcast networks, all of whom have fallen on hard times, and particularly NBC, whose fall has been longer and harder than most. And it encapsulates 30 Rock’s very quirky, often self-deprecating humor.

But it made me wonder, Would 30 Rock itself qualify as a “hit”? Hardly. Despite NBC’s best efforts, it’s never really been “Must-See TV.” It follows the exploits of Liz Lemon, head writer for the fictional TGS With Tracy Jordan, a Saturday Night Live-style sketch show staffed with oddball writers, cranky producers, daftly insecure stars and a meddling boss, named Jack. The show is based on star Tina Fey’s own experiences as a writer for SNL—but it seems that most folks give it a shrug before looking for a  Two and a Half Men rerun.

Is it a “great show”? The industry would say so. 30 Rock was an Emmy juggernaut in the late aughts, earning back-to-back-to-back honors for best series in 2007, ’08 and ’09. It propelled Fey’s co-star and foil Alec Baldwin to a phenomenal career resurgence (and helped inoculate him from the fallout caused by a series of personal missteps, including a profane message to his daughter in which he called her a “little pig”). It’s helped make Fey the era’s comedic “it” girl—earning her a bevy of acting and writing awards and drawing comparisons to the legendary Mary Tyler Moore. Rarely, it seems, has a show been talked about by so many and seen by so few.

One final question: Is 30 Rock on “broadcast television”? Why, yes. Yes it is.

“Alexis Goodlooking and the Case of the Missing Whisky”

Show-within-a-show scriptwriter Frank Rossitano shanghais Liz into playing his girlfriend around his mother. Why? ‘Cause Mom doesn’t approve of Frank’s real squeeze—a teacher who seduced him when he was a student. Liz calls her a pedophile, and, indeed, she went to prison for being one; the woman prefers to describe herself as an “adultophobe.”

Meanwhile, Tracy and Jenna try to figure out who drank Pete’s bottle of whisky, and Jack tries to turn Kenneth into a conniving ladder-climber—finally getting him to sabotage a co-worker through duplicitous means. If the show has an ethical point to make, it’s that Kenneth—portrayed as a naive-but-principled do-gooder—is just fine the way he is. Jack regrets trying to turn him to the dark side (“You’re the most remarkable person I know, and I’ve met Jaleel White”).

Kenneth’s Christian faith is mocked. “I’ve never crushed anyone, except for accused witches,” he says.