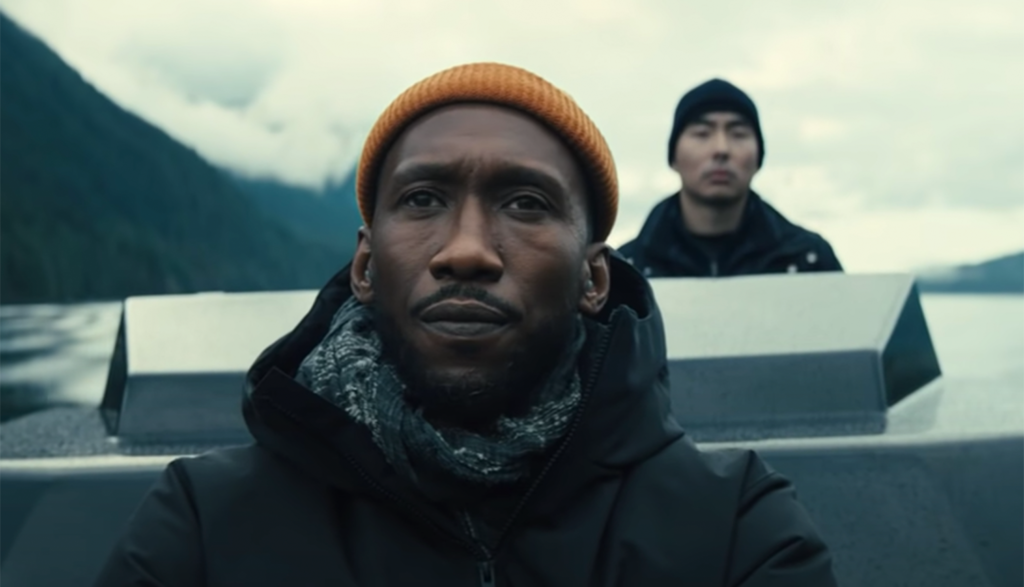 Cameron has a secret: He’s dying. But if all goes well, no-one—not his wife, not his son, not even his dog—will ever know.

Deep in the woods lies a laboratory that specializes in, shall we say, replication. Cameron’s clone lays there, waiting for him. Physically he is Cameron—a perfect copy, down to the smallest cell. Mentally and emotionally, he will be too—once Cameron’s thought patterns and memories have been downloaded into the breathing, blood-pumping shell. The clone is called Jack for now. But if all goes well, he’ll become Cameron in all respects—taking the original’s place at family dinners and company meetings, at parent-teacher conferences and date nights.

And the original Cameron will still be around, too—living out the rest of his too-brief life at the laboratory: hiking, eating, dying.

Cameron’s wife, Poppy, knows nothing about any of this: Cameron’s sickness, the doppelganger, anything. And that, says Dr. Scott, is the way it must stay.

“It’s the only way this works,” she says. “A clean swap.” If Cameron tells Poppy, it’s the end: He’ll die in weeks. His wife will be a grieving widow. His son will lose his father. And the baby on the way? He’ll never know Cameron at all.

But if Cameron keeps quiet and stays on plan, his family will go on, too, much as it always has. The only thing that needs to end is … Cameron.

If all goes well.

Cameron’s not so sure it will, or even can. Though Dr. Scott insists the procedure will be “as common as a heart transplant in a few years,” to transplant a person seems outlandish. How can he be sure that the programming won’t go awry? What if he becomes a monster? Or even if the clone doesn’t deviate that far, can Cameron be sure that “Jack” will raise his boy as he should be raised? Will it love his wife as she should be loved? Can it be Cameron, not just in body and mind, but soul and spirit, too?

Dr. Scott assures him that everything will be fine (though Cameron is, admittedly, only the lab’s third patient). They’ve corrected the cloning problems others have had in the past. Their procedures practically guarantee success.

But Cameron still has his doubts. And his time is growing short. He must decide whether to simply live and die, or leave and live. To live, in some way, again.

It may seem crazy to essentially replace yourself with a clone of yourself—and crazier still to not consult your wife about it. But setting aside the ethics of that for a moment, the impulse is a sweet one.

Poppy lost her twin brother not long ago, and she went into a scary shell of grief and depression for a full year. She’s better now, but Poppy tells Cameron that she’d not be able to lose him, too. It’d be the end of her. And when Cameron thinks of his little boy (Doc) and the other baby on the way, he knows how much they’ll need a father—and how much Poppy will need him. His plan to step aside and let a substitute Cameron step in is, yes, weird. But it’s also deeply sacrificial, too.

And Jack shows times of compassion and understanding. He’s the winner of this whole scenario, if you will—a clump of cells that inherited a lifetime of memories and an entire family from his genetic precursor. And, perhaps because of all of that, he understands Cameron’s feelings of grief and loss and confusion better than anyone.

Obviously, Cameron and Poppy have gone through some tough times, and Poppy’s not the only one who once “checked out” of their relationship. But they still love each other and seem determined to work things out. And, of course, they love their son, too.

Swan Song has very little explicit spiritual content, even though the movie itself is predicated on a very spiritual question: What makes us us? Is it what we look like, or how we act, or what we’ve experienced? Or is there something unmeasurable, intangible in us?

This is a part of what Cameron wrestles with as the procedure moves forward. Often, he gets pretty angry. “You’re not me!” he shouts at the clone at one point. It’s true, and yet Dr. Scott insists that in all the ways that matter, Jack is Cameron.

Regardless of whether the procedure itself is right or wrong, the movie gives us a picture in which an everlasting soul and an eternal afterlife isn’t even on the table. Only a song or two on the soundtrack mentions the Almighty at all, one asking “Is God listening.” A non-religious memorial service takes place by a lake, with the dead person’s ashes scattered on the water.

Cameron is working as a commercial artist, and his supervisor (who we see during an online meeting) appears to be transgender. (The actor who plays the supervisor, JayR Tinaco, identifies as non-binary.)

We see a glimpse of one of Cameron’s drawings that appears to depict a pair of naked people. The movie opens with Cameron and Poppy flirting on a train over a candy bar. Later, after a date (that presumably ended in physical intimacy), Poppy looks through Cameron’s book collections wearing one of Cameron’s shirts and, apparently, nothing else. We see the two cuddle and embrace in bed.

The only thing that differentiates Cameron and Jack physically is a small freckle on Jack’s hand. Dr. Scott tells Jack that if he ever gets confused about who he is, that freckle will remind him. But shortly thereafter, Jack takes a pencil point and presses it into the mole until it bleeds.

Andre, Poppy’s twin brother, died in a motorcycle accident. We learn that he careened off a hillside and landed in some trees. “Every couple of weeks I dream about him up there in the treetops, alone,” Cameron says. Much of the artist’s work later in the movie contains images of a body—presumably Andre’s–suspended in air, hanging from the treetops or falling.

Cameron is subject to fainting spells and seizures, and we see him suffer through such a seizure. Someone dies. Cameron engages in a holographic boxing video game with his son. (Cameron’s robot avatar is knocked out when Doc’s frog-like character knocks him out with his tongue.) Someone angrily rips away a handheld game from a boy and throws it across a room, breaking the gadget. We hear a reference to some previous cloning experiments that went seriously awry.

With Cameron trying to imagine he and his son Doc spending time with each other as adults, Cameron and Doc pretend they’re at a bar together, with fruit juice subbing in for beer. A dying woman—another of Dr. Scott’s patients—smokes marijuana. (“That stuff’ll kill you, you know,” Cameron jokes.)

The entire cloning procedure that Cameron’s participating in is built on lies: Cameron’s told that he can’t tell anyone anything, and both he and the lab go to great lengths to prevent Poppy from finding out that Cameron’s terminally sick. The plan is that even Jack will forget how he started: Once it looks as though everything is operating as it should, he’ll go back to the lab and have any memory of the procedure, or the lab itself, erased: He’ll simply be Cameron.

So perhaps it’s no surprise that Dr. Scott lies to Cameron during the process, too—assuring him that everything is “fine” and “normal” when, in fact, that’s not quite true.

Swan Song is obviously set in the future, filled with gleaming self-driving car pods and robotic servants. Sometimes, the world around Cameron and Poppy can feel so clean as to be antiseptic, so new as to be almost holographic. Dr. Scott (whose laboratory consists of three actual people and an AI that does the work of 50 more) assures Cameron that this new cloning procedure is just the next step in living as technology allows us to. And in the end, the film eyes that technology sympathetically. Wouldn’t it be wonderful if your loved ones never had to lose you? Swan Song asks us.

And yes, I think we can agree that we’d all wish for that on some level. Grief is a hard, even terrible thing.

But it’s interesting to me that, in this world of futuristic new, the things that mean the most to Cameron and Poppy are old, anachronistic .. and a bit imperfect.

Cameron’s art for work is built in digital. But outside work, he draws with pencil paints with brush. Poppy combs through Cameron’s shelves of books, not through his Kindle. And when Cameron and Andre want to give Poppy a very special gift, they give her a piano—one made of wood and wire, not ones and zeroes.

And on that piano, Poppy sings a song.

“Sometimes I wish life was never ending. But all good things, they say, never last,” she sings.

Swan Song asks that question while assuming souls are like sandcastles, made to be swept away. Christians look at that question a little differently. Because we know that while many good things do pass away, the best things go on. Go on in glory.

Swan Song is provocative, meditative and poignant. But its questions ignore some important answers, and it stirs in some unwanted—and unneeded—foul language. It’s not a movie made for children. For adults, Swan Song offers plenty to think about and plenty to talk about, as long as we remember this: We don’t need a vessel made of flesh and blood to be born again.