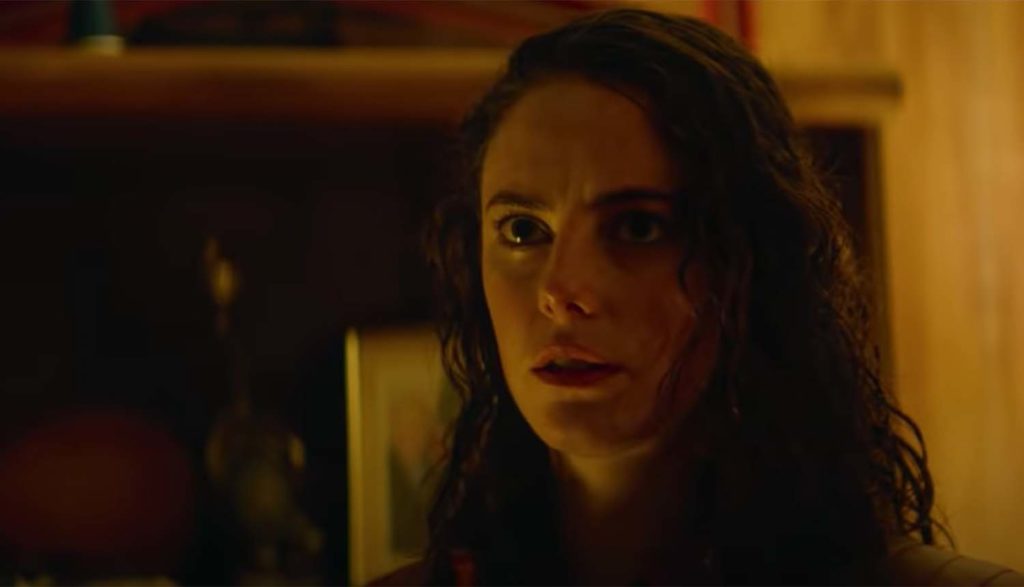 Some boomtowns were built on the gold trade, some on silver. Raccoon City? It was built on drugs.

When the pharmaceutical conglomerate Umbrella Corporation set down its company headquarters here, Raccoon City sprouted up around it. And for a while, rumor has it, the town was a pretty nice place. It had shops and diners and ever-so-much more, and Umbrella’s CEO—Dr. Oswell E. Spencer—built a mansion on the outskirts of town.

But Spencer’s long gone and Umbrella’s moving its operations elsewhere. Raccoon City is more of a ghost town than a boomtown these days—going the way of many a boomtown before. The only people left are a few scientists and some folks too poor to leave.

Oh, and a few dedicated police officers, too.

Chris Redfield, Albert Wesker, Richard Aiken and Jill Valentine are a pretty tightknit unit—an elite police division still stationed, for some reason, in this dying little hamlet. The police department is apparently still hiring folks, too, given that Leon Kennedy just started work today—Sept. 30, 1998. They haze him a bit, but no harm done. I mean, gotta give the new guy something to think about, right? Otherwise, the first day on the job can get pretty boring.

That night, Claire Redfield—Chris’ estranged sister—buzzes into town, telling her big bro that the trucker she hitched a ride with ran over a woman on the way to town. And that woman … well, when they got out of the tanker to see what they could do, she had disappeared. It was as if she’d just wandered off. People hit by semis don’t just get up, dust themselves off and walk into the woods, do they?

Soon, Raccoon City’s surprisingly robust alarm system begins to sound, warning everyone to stay inside until further notice. Chris and his team are called away to investigate reports of a body found at the Spencer Mansion. He instructs Claire to stay put, but we all know that’s not gonna happen. When a mother-turned-zombie attacks her out of the dark, Claire hops on her brother’s motorcycle and heads to the police station. To find help? Perhaps. To offer help? More likely.

Because here’s the thing about the Umbrella Corporation. It didn’t worry a whit about experimenting on Raccoon City’s citizens. And one of its experiments is starting to take a seriously bloody turn.

Racoon City is about to go rabid.

There’s only so much good one can say about a bloody, R-rated movie based on a bloody, M-rated series of videogames. But still, we should sprinkle a bit of praise on Chris, Claire and some of the other folks willing to risk their lives to fight waves of zombies and protect the few un-infected folks in town. Huzzah!

None. Even the zombies aren’t truly undead—just infected with a really terrible disease.

A truck driver makes a pass at Claire—squeezing her thigh. Wesker seems to speculate on the chances of having sex with his girlfriend.

Rarely do zombies enter a story without dragging along a boatload of gore and spattering a vat-worth of blood. And so it is here.

I’m not going to detail every act of carnage we see. But I can promise that viewers can expect to witness scores upon scores of horrific acts of violence. Countless zombies (who, remember, aren’t actually dead—just really sick) are killed with gusto (most being shot several times, accompanied by spraying/oozing/pouring blood), and they in turn do a lot of killing. One rips the throat out of a victim before disemboweling him. Another snacks on his victim, blood and innards dripping from his mouth. One horrible fatality is committed out of camera range, but the victim’s body is soon found with some really terrible-looking wounds.

Many said zombies shuffle around with terrible wounds of their own. An infected man strides into a building completely engulfed in flames. (When the guy is finally extinguished, we see the sizzling, charred corpse.) A woman claws at her own face as she screams, ripping ribbons of flesh away from her cheeks.

And we’re not talking about just human-like zombies, either. An infected dog winds up shedding much of its skin, revealing the muscle and bone underneath. (He bites someone, and blood gushes from the wound.) Birds suffer the same indignities: One writhes on the ground after hitting a window—its smashed body refusing to die.

Umbrella’s experimentations have spawned other monsters, too. One or two sport tentacles and what appears to be their exposed brains perched in their fang-filled mouths. (One such creature is killed after someone rips off its jaw.) Another sprouts bony spikes out of its back and eyeballs on its arms.

One of Umbrella’s first victims (Lisa Trevor, in case you’re interested) still possesses something of her human mind, but that doesn’t prevent her from wearing the skin of at least one victim. (One of her eyes peers out from the edges of her grotesque mask.) Another victim of science lies on an operating table—her chest cut open, the skin spread apart and what innards remain fully on display, even as she wheezes and gasps.

Mercenaries gun down innocent civilians. Children pull wings off a dragonfly. A woman is hit by a semi-truck, leaving blood spattered across the grill. A helicopter crashes, resulting in a massive fireball. A tanker truck tips over and explodes. A train is derailed. The entire town of Raccoon City is destroyed.

Leon wakes up to the sound of his alarm and immediately reaches for a bottle of beer (which he drinks). Police officers hang out in a bar and quaff some drinks there.

We meet a couple of folks who are keeping really damaging, deadly secrets.

Ever since the first videogame staggered onto the American entertainment scene in 1996, the Resident Evil franchise has been—just like some of its more fearsome bosses—impossible to kill. It has spawned a dozen core games (not including adjunct games and remakes) seven live-action movies, a handful of animated films, several books and—coming soon—two television series. Just when you think the franchise might be really and truly dead, it rises up and shuffles around some more.

Resident Evil: Welcome to Raccoon City is a cinematic reboot, if you will—taking audiences back to the franchise’s earliest days. Set in 1998 and based on really the first two games (while cherry-picking from others), Raccoon City offers many a nod to its horrific, button-mashing origins, even duplicating cut scenes from the games themselves.

But man, is the film bad.

It’s pretty bad as a straight-up movie, no question—though fans of the games might appreciate the flick’s fidelity to them. But when you look at the oodles of content we have to wade through, what might’ve been merely a bad movie steps into the realm of abominable.

If one took all the blood and gore we see here, froze it and formed it into bricks, you could reconstruct the Spencer Mansion in red (and have plenty of building material left over for the Raccoon City police station). F- and s-words fall from the mouths of characters like bloody spittle from their less-conversant opponents. Yes, this movie is a mess in pretty much every way you’d like to slice it. (And slice this movie does.)

We’re all familiar with the cliché that such-and-such town is a “nice place to visit, but I wouldn’t want to live there.” When it comes to this version of Raccoon City, you might want to strike it from your visitation list, too. A couple of hours here—even a couple of minutes—feels like time better used elsewhere.