The People We Hate at the Wedding 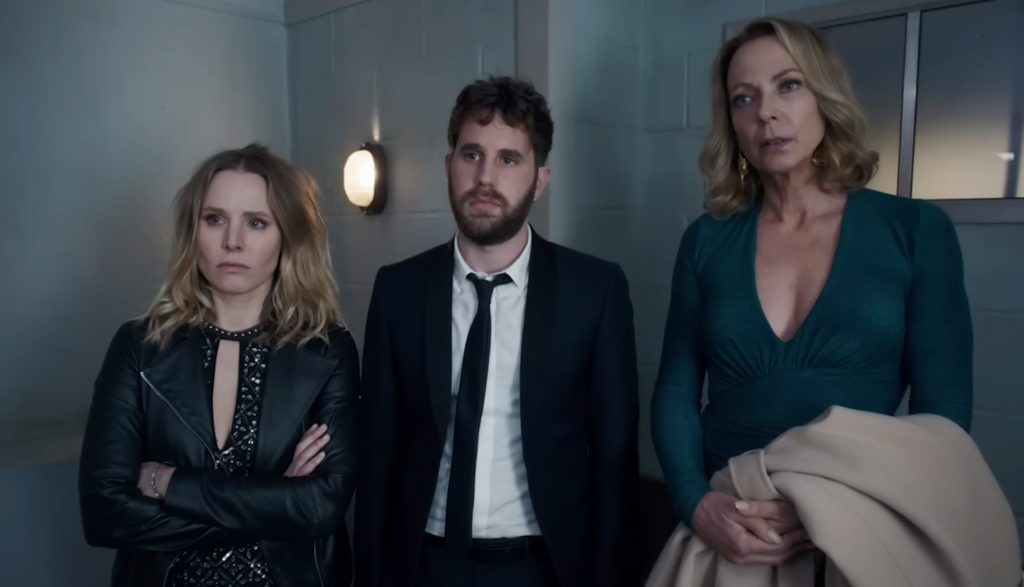 Alice Stevenson is not such a great person. In fact, if you knew she was having sex with her boss in the supply closet and trying to coax him into divorcing his wife who just gave birth, you’d probably call her kinda terrible.

Him, too, for that matter.

Of course, her gay brother, Paul, as well as her controlling mom, Donna, aren’t necessarily award-winning individuals either. They have their own issues driving them apart. Truthfully, the only family member who seems genuinely nice is Alice’s estranged sister, Eloise—who happens to be the offspring of Donna’s first marriage and living in London.

Eloise used to spend every summer with Alice, Paul and Donna. It was a wonderfully fun family-bonding time for her. But now, Eloise really wants to mend some seemingly small relational rifts that have opened up between them over the years. And she hopes inviting them to her wedding in London—an event she’s effervescently excited about—will bring them all together again in a warm and loving embrace.

But sometimes people just aren’t as warm or forgiving as you want them to be. Sometimes they carry a chip on their shoulder that even they don’t fully understand. And sometimes those same people are so self-focused that they create all sorts of unnecessary pain.

Alice, Paul and Donna are that kind of chaos-creating, selfish people.

Eloise genuinely wants her family to be happy and to find a way to forgive and celebrate together. And despite the fact that she, too, has some difficult personal issues to bear, she goes above and beyond to heal the family’s rifts. (Her efforts eventually pay off after a lot of bedlam and poor choices almost ruin everything.)

Eloise also stands up for her rather obnoxious siblings on a couple occasions. When Eloise reveals something that she’s kept from her fiancé, he instantly forgives and embraces her with an unconditional love.

In the end, the film ultimately suggests that families can find a way to forgiveness.

Someone uses the phrase “He is risen” in a joking way while taking a holiday family picture.

This pic’s worldview is pretty open and liberal when it comes to sexuality. It takes it for granted that having sex in pairs or larger groupings is commonplace, even with complete strangers.

Alice is having an affair with her boss, for instance, and when he doesn’t make it to the airport for the trip to London, she hooks up with a guy she meets on the flight. That couple is seen in bed having casual sex (he’s barely covered by a blanket, and she’s fully covered) while Alice works through her other relationship.

Alice takes off her underwear to leave as a surprise for her boss, Jonathan. We also see them fully dressed and having sex in a supply closet at work. They then discuss their sex life later on. The relationship with Jonathan ends up with Jonathan’s divorce. His ex shows up in London to confront Alice.

Donna also has a sexual fling with her ex-husband. She initially kisses him because she’s high on marijuana gummies and then the two of them start making out and end up together in bed (he’s shirtless and she’s in lingerie.) Henrique, Donna’s philandering ex, also shows up kissing passionately with a younger woman.

Eloise and her fiancé snuggle in bed. He’s shirtless. She wears low-cut jammies. Later, Eloise, her best friends and Alice all have a bachelorette party. Alice is given a skimpy American flag bikini to wear in a hot tub (the others wear one-piece suits) and the camera watches closely as she stands and walks about in it. She later losses the suit’s bottoms (though we don’t see her without them.) Later we see Alice lounging in bed in a very small and tight tank top.

When trying on clothes at a store, Donna accidentally slaps a saleswoman in the face. Dancing at a gay club, a drunken Dom inadvertently sets a table of drinks afire. Alice backs a rental car into a cow. (We hear it moo upon thumping impact but don’t see any injury.) A woman gets into a fist fight with Alice. The two women punch each other and wrestle into a food table, knocking platters of food to the floor. Paul punches Henrique in the face. Drunken women fall off a floating hot tub into a freezing cold river.

We hear nearly 25 f-words; more than a half-dozen s-words are joined by several uses each of “a–” and “h—.” God’s and Jesus’ names are both misused a total of 16 times (once combining the f-word with God’s name.) Crude references are made to male and female genitalia (including three uses of the c-word.) Someone uses the British crudity “wanker.”

Excessive consumption of beer, wine and hard alcohol is almost constant in this movie. A sizable number of people get very drunk, including Alice, Paul and Donna, who then tend to do very stupid or hurtful things. Alice, while inebriated, vomits into a bush. Later, Paul does, too.

Donna is given and consumes some marijuana gummies for her anxiety problems, they leave her high and loopy.

When Alice discovers that Eloise has upgraded her to a hotel suite, she spitefully places a large order for food and booze, suitable for a party of six.

Paul also drunkenly urinates on a man’s shoes. Alice lies repeatedly in the course of her affair with Jonathan and ends up hurting someone who earnestly cares for her.

The People We Hate at The Wedding is, like it’s subject matter, pretty awful.

I won’t say I hated this pic, because it does star Kristen Bell. She admittedly knows how to deliver a nicely timed line and is able to make even boorishly obnoxious characters almost appealing.

Sometimes you should just say no to an RSVP request for a train wreck.

You’ve got better things to do.