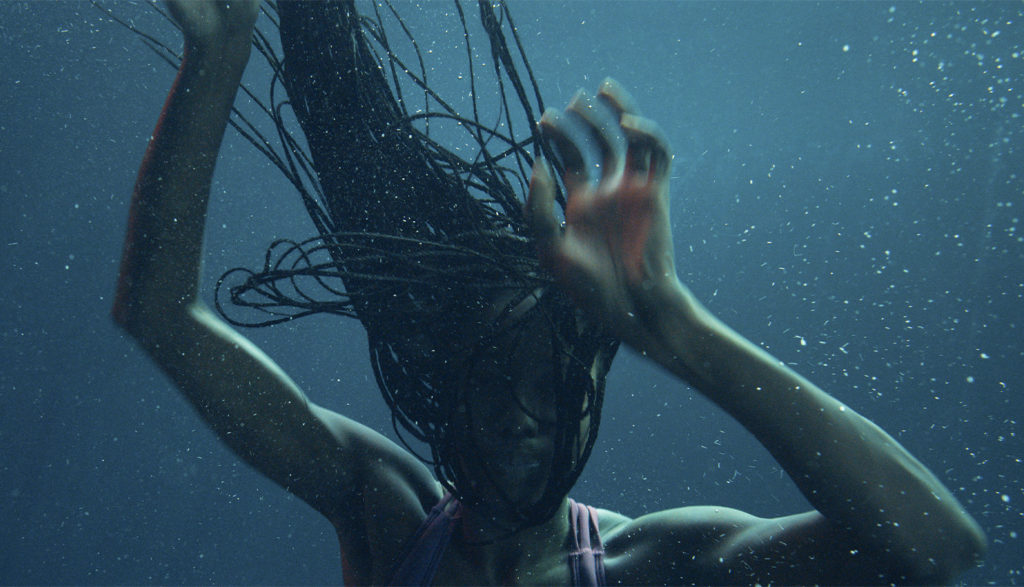 The land of opportunity: That’s what Aisha believes America to be.

She loves her native Senegal. She misses her home country a great deal. But here in New York City, she can make far more money. And when she makes enough of it, Aisha can bring Lamine to her. She can be reunited with her son.

But first, she must care for another child.

Amy and Adam live in a beautiful apartment in the city’s affluent Upper East Side. He’s a well-known photojournalist. She’s a successful businesswoman. And neither have the time to stay home with their 5-year-old, Rose.

Enter Aisha, the family’s new nanny. She’ll be in charge of Rose while Adam’s off on assignments and Amy’s climbing the corporate ladder. Aisha will dish out Rose’s food from Amy’s thoughtful plastic containers, take Rose to the park, coo over Rose’s artwork.

Aisha’s happy to do this. Even though Amy paints Rose as a difficult child—a finicky eater, a tantrum thrower, a 5-year-old in need of a therapist—Aisha has found Rose to be surprisingly well-behaved. She eats just fine, if she shares Aisha’s Senegalese food. As for tantrums? Well, Aisha hasn’t needed to call Rose’s therapist once.

Besides, Aisha needs the money.

But Amy always seems to shortchange her hours and undercut her rates. Because Aisha’s not actually taking home the money she’s earning, it could be months more before Aisha can bring Lamine to New York. She promised her son he’d be there for his birthday, and that’s in just a few weeks.

Ask Aisha about Rose, and she’ll say the girl’s just fine. It’s her mother who could use some help.

But what can Aisha do? She can’t walk out on such a well-paying job. Amy, it seems, has all the power. All the control.

She needs to turn the tables soon. Aisha’s desire to see her son is growing stronger every day—so strong that it seems to be playing with her mind. She sees things that aren’t there. She dreams strange, ominous dreams. Sometimes, she even seems to black out.

Aisha’s crawling to a crisis point. And who knows what might happen when she reaches it.

Aisha loves her son. She talks with him frequently over the phone (until such communications grow suspiciously more difficult) as he’s cared for by others back in Senegal.

And naturally, Amy and Adam care for their daughter, as well. Their lack of time shouldn’t be taken as a lack of affection (though you could certainly argue that it can, at times, indicate a lack of priority). Amy’s lengthy (if misguided) instructions show us that she thinks about her daughter’s well-being quite a bit.

“My grandmother believed in magic,” Aisha says. “I do not.” But whether she believes in it or not, Aisha’s story is wrapped up in the magical folklore of her native West Africa, and two myths take to the fore.

The first is that of Anansi the spider. Anansi is a trickster god who, in most of his stories, bests those bigger and stronger than he is through guile and wit. Aisha even reads Gerald McDermott’s award-winning children’s book Anansi the Spider one night. When Rose asks Aisha if Anansi is good or bad, Aisha says it’s complicated.

The second is Mami Wata, a mystical mermaid. We see a depiction of the spirit in someone’s house, and she’s represented as an agent of great change—but not always good change. Aisha sees her a couple of times, and in one dreamlike sequence, Mami Wata pulls her down under the water.

In stories and pictures, Mami Wata often carries a mirror, representing a movement through present to future. We see that echoed in Nanny at times when Aisha sees her own image (or is it?) in the mirror. And when Aisha’s in or around water, it seems that she often has visions of some sort—or dark premonitions about the future.

Aisha dates a fellow named Malik. They visit Malik’s grandmother, Kathleen. Aisha marvels at Kathleen’s uncanny knowledge of Aisha’s own life. And when she asks Malik about his remarkable grandmother, they struggle to come up with exactly the right word for her—but “witch,” “priestess” and “psychic” are all tried out.

We hear one or two people offer thanks to God.

Aisha and Malik have sex. We see the two engaged in relations, Aisha’s bare torso and breasts are quite visible. Later, they lie in bed, Malik’s hand cupping (and hiding) her breast.

We see Malik a couple of times in a bathtub, too—lying curled up in the water like an embryo. (Nothing critical is seen.) Amy, too, is seen in the bathroom—sitting naked in the shower as the water pours over her. (Again, nothing critical is shown, but we see lots and lots of skin.)

In her native Senegal, Aisha fell under the influence of a powerful man when she was younger. “Ah, these big men who play with little girls,” sighs Aisha’s friend. “Always the little girls who get punished.” Aisha says that Lamine, her son, was the product of this relationship—though it’s suggested that the couple conceived others. (What became of them, the film doesn’t explicitly tell us, but we can infer they were aborted.)

“This one I would keep,” Aisha tells her friend, calling Lamine her “greatest work.” She tells someone else that Lamine’s name itself means “chosen one.”

Adam forces a kiss on Aisha. She bites his lip in anger and he apologizes—but adds that she best not tell Amy. She’s “by the book” about such things. We hear that Mami Wata is often associated with sexuality and fertility.

Aisha has several disturbing dreams or visions, suggesting a rupture between this world and a more mystical one. In one dream, she’s pulled down by Mami Wata and nearly drowns. (When she returns to consciousness and the real world, Aisha’s lying by the side of the swimming pool where she and Rose were swimming, with Rose and several other bystanders concerned that she’s OK.) In another, her face is covered by a sheet as water courses from the ceiling: It recalls the act of waterboarding, and she feels again like she’s drowning. In another, Aisha sees the body of a young boy floating in water. She hallucinates and envisions a snake in her bed, and at one juncture a spider crawls into Aisha’s mouth.

As these disturbing spells grow more frequent, they sometimes endanger Rose. For instance, Aisha has a vision in a park one day. When she wakes up, a stranger is carrying Rose back to Aisha, telling the nanny that Rose actually left the park (and that she should be ashamed of herself for losing track of her).

Aisha eyes a photograph that Adam has hanging in his home office—a man standing in front of a fiery explosion, shouting. Adam tells her that he was one of the most charismatic men he’s ever seen—and he’s now dead.

[Spoiler Warning] During one of her waking blackouts, Aisha grabs a knife by the blade (it bleeds quite a bit, and we see her hand bandaged later) and attacks something that isn’t really there. She wakes up just as she’s about to strike Rose—sitting in the bathtub—with the knife. A horrified Aisha apologizes soon after, and Rose tells her that it wasn’t her fault: Aisha’s son was jealous of the attention she’s been showering on Rose. A short time later, when Aisha can afford to bring Lamine to the United States, she learns that he’s actually dead—drowned in the ocean.

Amy gets pretty tipsy during a party, and she intimates to Aisha that she often has to go out for drinks after work to be “one of the boys.” Aisha and Malik drink over dinner.

Rose, like any other 5-year-old, has her moments. One night, she throws all her food on the kitchen floor (she’d rather eat Aisha’s food than the stuff her mother prepares for her). When Aisha demands that she clean it up, Rose refuses. (Aisha eyes the blinking nannycam in the corner and decides, rather than to press the issue, to clean it up herself. Rose feels bad and helps.)

But Amy, being a grown adult, has no such excuse. Admittedly, she seems frazzled by work (especially after she receives a promotion), so perhaps her misuse of Aisha is accidental. But regardless, Amy often comes home hours later than she said she would. She’s sometimes home when Aisha’s there—hiding in her bedroom or bathroom as Aisha takes care of Rose. And she never seems to remember to pay Aisha for her ever-growing overtime.

Amazon Studio’s Nanny has a lot on its mind. While it’s labeled a horror film, its supernatural elements and horrific scenes actually feel a little more like the wrapping of the core story: a woman making her way in a strange land, working with people who’d often take advantage.

On some level, this is more a parable than a horror flick—a story about the imbalance of power when folks like Aisha deal with folks like Amy and Adam. Those supernatural elements—Anansi, the spider-trickster-god, and Mami Wata, the watery agent of change—become physical manifestations of Aisha’s own predicament, and a foreboding hint of just how much she might change and how far she might go if she, herself, is pushed too much.

But the movie pushes its watchers, too. Nanny, while restrained by R-rated horror standards, certainly subjects viewers to blood and skin, sex and spirituality. And even though Nanny has earned its share of critical praise, Plugged In must hold its applause. While nannies themselves are expert watchers, viewers should consider carefully before watching Nanny itself.