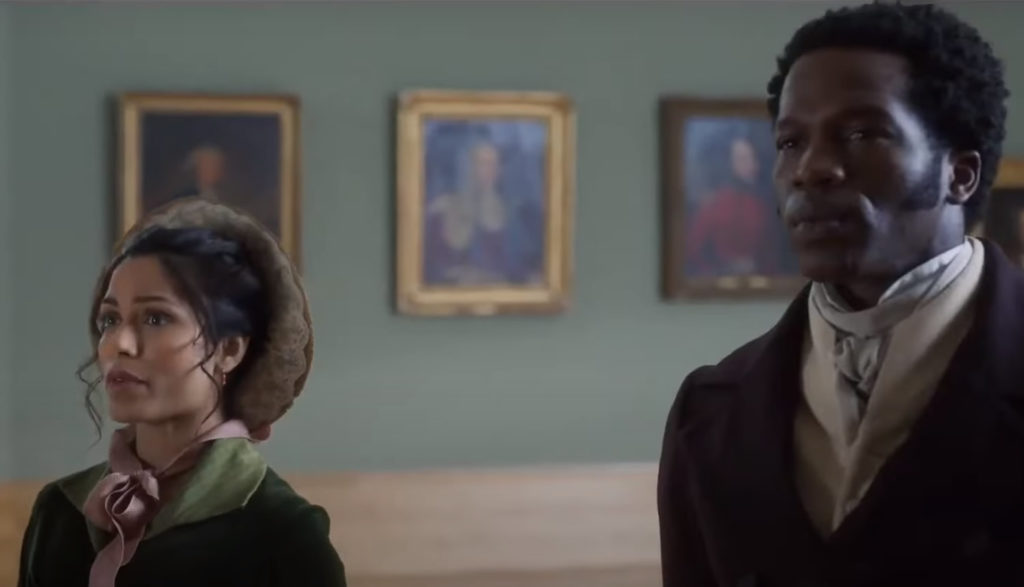 Julia Thistlewaite has never been one to cower from the less pleasant aspects of public life. She’s more than willing to take her place in society. She’s even willing to listen to the snide whispers of social gossips. That is simply what one does.

When she hears nasty natterings aimed at her, however, well that’s a step too far. It’s true that this is her fourth season in the social circles. And it’s equally true that she has no proposal for marriage yet. But that does not mean that she is dull and undesirable.

It’s all the fault of Mr. Malcolm, a man she found appealing. Just because he is one of the most desirable bachelors in the London, the world studies all of his actions with close scrutiny. And when he refused to call on Julia again after a single night at the opera, rumors flew.

It was but soon after that Julia learned of Mr. Malcolm’s list: a litany of requirements he seeks in a bride. The fact that she, Julia Thistlewaite, could somehow be judged against a foolish man’s listand come up lacking is simply outrageous. Could anyone meet such standards?

That’s when the most delicious idea for a comeuppance floods Julia’s brain. She’ll create a match for this man. She happens to be the acquaintance of a pretty young woman of lowly means named Selina Dalton. Julia will dress Selina properly, teach her to dance and move, and reshape her into the perfect woman.

And then, when this wretched Mr. Malcolm falls helplessly in love with Julia’s own creation, they will humiliate him with a list of requirements that he falls far shy of. It’s a scheme almost too delicious to conceal.

But Julia will conceal it.

Love and justice demand it, after all.

The story is all about Julia’s machinations. And for her part, Selina agrees to help Julia when she believes Mr. Malcolm a lout. But the more she gets to know him, the less she wants to fool the man and cause him pain.

From there, this pic raises question about the things we expect from love. Mr. Malcolm’s checklist, for example, can seem selfish and heartless—something he recognizes as the tale unfolds. But his intentions are, to a certain extent, actually good ones. He longs to find someone he can connect with on many levels, someone who is candid and truthful, a person with a forgiving nature—all wonderful qualities.

How do our emotions, attractions and intellectual passions blend to make this elusive thing called love, the film asks? And how does that connection, through marriage, make us better? Malcolm opines, “Marriage was designed to aid us in our character.” And we see that sort of loving support between Selina’s parents.

The film resolves with the thought that love is not something we can orchestrate, but rather something we can nurture. And that cultivating this virtue comes through open communication, gentle actions, like-mindedness and patience.

Malcolm calls Selina a “gift from God.” Selina’s father is a rector of a church.

When making dresses for Selina, Julia instructs the dressmaker to make the bodice lower. Selina and Malcolm kiss several times. Julia kisses a captain who has fallen in love with her.

Julia and Capt. Henry Ossory shoot targets together with shotguns.

We hear one or two exclamations of “oh, god!”

There’s quite a bit of drinking at men’s clubs and social gatherings. People imbibe sherry, wine and hard liquor. Julia’s cousin, Lord Cassidy, drinks to the point of inebriation and is hung over the next morning.

Malcolm explains his thoughts on having a “wants list” for a bride. He notes that he sets strict requirements when filling his stable with horses and asks why he shouldn’t have “stringent requirements when choosing a bride.” (Of course, that comparison appears callous and demeaning.)

Mr. Malcolm instantly judges someone because of her past divorce. (He later apologizes.) Several people are deceptive in this tale, but their deception comes out in the end and is apologized for. Mr. Malcolm is called a “conceited coxcomb.”

Initially, Malcolm quotes a poet who said: “To hope is the most hopeless thing of all.” But eventually he comes to believe, as Selina does, that “hope is a chief happiness.”

Mr. Malcolm’s List is an indie-feeling film designed specifically for those in the mood for a Regency-era romance. There are a few moments when this period piece can feel a tad rote and predictable. But the diverse and excellent cast makes up for any lack in this area with earnest feeling and crisp elocution.

Granted, if you’re yearning for full-throttle Top Gun action, this isn’t your ticket. But if you’re open to a date night that’s much more subtle and sweet—an examination of the pangs of unrequited love, and an example of not loving by halves—then this could well be the cinematic balm for summer heat you’re looking for.