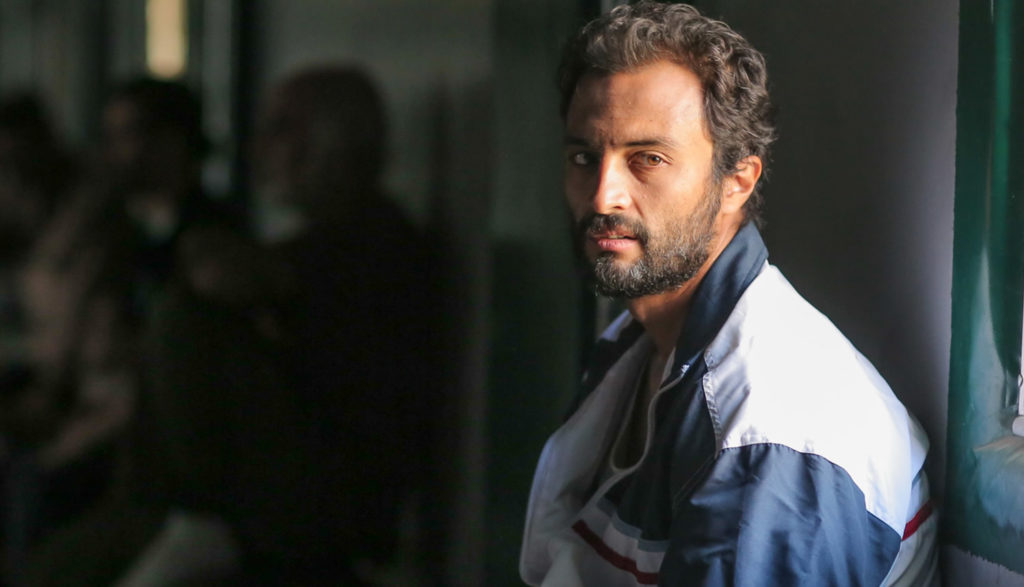 We’ve grown accustomed to ambiguity in our stories: We’re familiar with our antiheroes, our complex villains, interlayered motives, unclear ends.

But in real life, we like our stories to be clear. Clean. Simple, if possible. We cheer the fireman who rescued the cat and boo the villain from Big Pharma. We expect our global problems to have obvious answers, our narratives to run straight and pure. Our social media feeds overflow with such heroes and villains—people defined in a blink. So it must be: We don’t have hours to understand the humans in our headlines. We scroll to the next heartwarming video, the next unhinged plane passenger, the next big tip left at the counter, the next.

His Iranian jailers let him out of prison for a two-day leave. But he’d be back there soon enough. Rahim was in debt with no way to pay. And he’d stay there until someday, somehow, he could pay it.

But then (he says later) he spots a purse laying in the street. In that purse, he finds gold. A lot of gold.

A miracle, he thinks. A miracle from God. The gold will help clear his debt, clear his name.

But his conscience pricks him soon after. He decides instead to ask the bank if anyone reported a missing purse. And when the bankers say no, Rahim hangs notices in every shop window around, asking that if someone lost a purse on such-and-such a day, they should give him a call—in jail. He’ll be happy to return it.

The bag is claimed. The woman who lost it weeps for joy. “He’s such a good man,” the woman says. “He shouldn’t be in prison.”

And as the story begins hitting the papers, landing in social media feeds, snagging a couple of minutes on the television news, most of Iran agrees. The people want Rahim’s debt paid, his freedom guaranteed. They want him to walk into the sunset—his adorable, stuttering son holding his hand. They want a happy ending.

And Rahim wants that, too. Wants it more than anything.

But the only thing pure in this story is the gold—gold chipped from the rock, processed and polished and finally made to gleam.

We aren’t so lucky. We bear our impurities, carry our faults. Our weaknesses can’t be leeched away in a refinery. Gold bends. People break. And as the publicity spotlight shines on Rahim, the cracks begin to show.

Does Rahim live up to the movie’s title? Is he A Hero? The movie itself revolves around this central question. We know from the outset that Rahim’s public story isn’t altogether true: He and others buff out the rough bits. And Bahram, the man to whom Rahim owes money, isn’t buying it at all.

But while Rahim’s story has its holes, one thing remains constant: He had a pile of gold coins in his hands, and he chose to try to return them. When people beg him to just recant the whole thing and disappear, he asks, “Why should it be forgotten? I gave back the money.”

He talks repeatedly about his honor and good name. He knows that he’s a much-needed role model for his son. And the end, he makes a decision based on his boy’s well-being—even when it hurts his own chances for a happier ending.

We also hear about a charity that helps folks in need. And while the charity has its own less-than-exemplary wrinkles, it’s pretty clear they do good work.

A Hero takes place in Iran, a strictly Islamic state. We hear the word Allah quite a bit (which is dutifully translated as “God” in the subtitles). While the film isn’t about Islam or faith, an undercurrent of faith-based morality undergirds the entire plot.

The gold coins are the most obvious and ubiquitous example. “I [initially] thought that praying to God made Him have pity on us and provide a miracle,” Rahim says at one point. But he knows that taking the coins would be wrong—a moral standing also informed by his faith—and it’s clear that he’s trying to discern what his God would like him to do.

Rahim says (in a partly true story) that he took the coins in to sell them, but when the clerk’s computer and pen wouldn’t work, he took it as a sign. He describes the coins ultimately as not a God-given miracle, but a God-given test.

Rahim has a girlfriend, Farkhondeh. By American standards, their romance feels incredibly chaste. But in Iran, their semi-scandalous relationship creates the first real cracks in Rahim’s picture-perfect story.

We learn that Rahim is divorced, and the split wasn’t exactly amicable. Worse yet, Rahim and Farkhondeh haven’t gotten hitched yet. (Rahim plans to do so as soon as he gets his debt cleared and his freedom back.)

That’s important, because Farkhondeh apparently finds the purse—not Rahim. But to say so on television would mean revealing all these muddying facts. Better (Rahim is told) to just keep the story simple and say that he found the purse.

Still, Rahim and Farkhondeh adhere to Iranian decorum in their day-to-day dealings. While they do ride in a car together, they never even touch. (We should note that most displays of affection are illegal in Iran.) And while Farkhondeh does talk about how much she longed to see Rahim when he was in prison, there’s no suggestion that the two have a physical relationship.

Western audiences will certainly be struck by other cultural differences. For example: After Rahim becomes a celebrity, Farkhondeh finally introduces him to her brother, who apparently controls Farkhondeh’s matrimonial future. Another: The woman who claims the gold coins says that she’s been hiding the coins from her shiftless husband. Everyone in the conversation seems to know just how desperate a woman’s situation can be if locked in an abusive relationship, given their lack of rights and resources. And, of course, all the women we meet here are chastely covered (as Iranian law requires).

Two men get into a fracas in a busy shopping center. It seems to be mostly pushing, at least on camera, but it leaves one man with a cut, bleeding head and another with an apparently bloody nose. Later, one of the men wears a cast.

Another quarrel leads to quite a bit of pushing. We hear about a man condemned to death by hanging. There’s some discussion about a man who committed suicide in prison. We hear that Rahim’s son got into a fight at school.

Four uses of the s-word (sometimes paired with “bull”) are seen, along with two uses of the word “b–tard.”

A number of characters tell, or encourage Rahim to tell, lies to either “improve” or preserve his story. (Characters lie for other reasons, too.) Rahim’s speech-impaired son is sometimes used to manipulate popular opinion.

I mentioned earlier that, generally, we prefer our stories—the true stories that percolate around us—to be simple and straightforward. And as such, I think that we sometimes frame Iran as a straightforward, unalloyed villain.

Some of us are old enough to remember the Iranian revolution that swept away a secular monarchy and installed a strict Islamic theocratic state. We remember the U.S. hostages taken and held for years. We remember the glowering pictures of Ayatollah Khomeini, who seemed to embody the threat that militant Islam posed—long before anyone here had ever heard of Osama Bin Laden or ISIS.

And while we don’t hear as much about Iran as we used to, even today Iran’s policies would strike most of us as horrific. Religious persecution is rampant. Women’s rights are pitifully limited. Human rights abuses in the country are legion: More people are allegedly executed in Iran than anywhere else in the world—and for everything from counterfeiting to apostasy.

All that is real and tragic. But A Hero reminds us that the headlines and news feeds we see—even when they’re absolutely true—can still obscure the complexity of the people living underneath such harsh rule.

Iranian director Asghar Farhadi already has two Oscars on his mantel, and he’s shooting for a third with A Hero. He specializes in small, intimate films, often focusing on messy families. And even though his movies are deeply rooted in the culture of urban Iran, they come with a sense of universality to them: Who among us couldn’t imagine, for instance, what we might do if we happened upon a purse full of money? Wouldn’t we Christians wonder whether it was a gift or a test? Wouldn’t our selfish desire to keep it wrestle with the whisperings of our conscience?

And even though the movie takes place in a strict, relatively poor country (the average Iranian makes less than $15,000 a year), Rahim’s later struggles might feel pretty familiar, too: Scandalous videos, cynical PR stunts; smoothed-over half-truths spooned to the public. We live in a brand-conscious society soaked in social media—where “likes” are currency and rumors can spread like wildfire. And it seems that in that way, at least, Iran and the Western world share more in common than you’d think.

A Hero’s setting comes with unusual baggage for a Christian audience, given its Islamic roots. Certainly, those roots are unavoidable. And if this film’s on the table for a given family, Mom and Dad will want to give some serious thought on how to talk about A Hero’s religious underpinnings.

But somewhat paradoxically, this film is otherwise navigable. Viewers won’t be exposed to any real sexual content or substance issues. Violence is pretty minimal. We see a bit of language in the subtitles, but it’s lighter than what you’d hear in an average superhero flick.

A Hero reminds us—on multiple levels—that stories aren’t always what they seem. And it does so in a subtle, intimate and sometimes heartbreaking way that American filmmakers don’t always have patience to try.