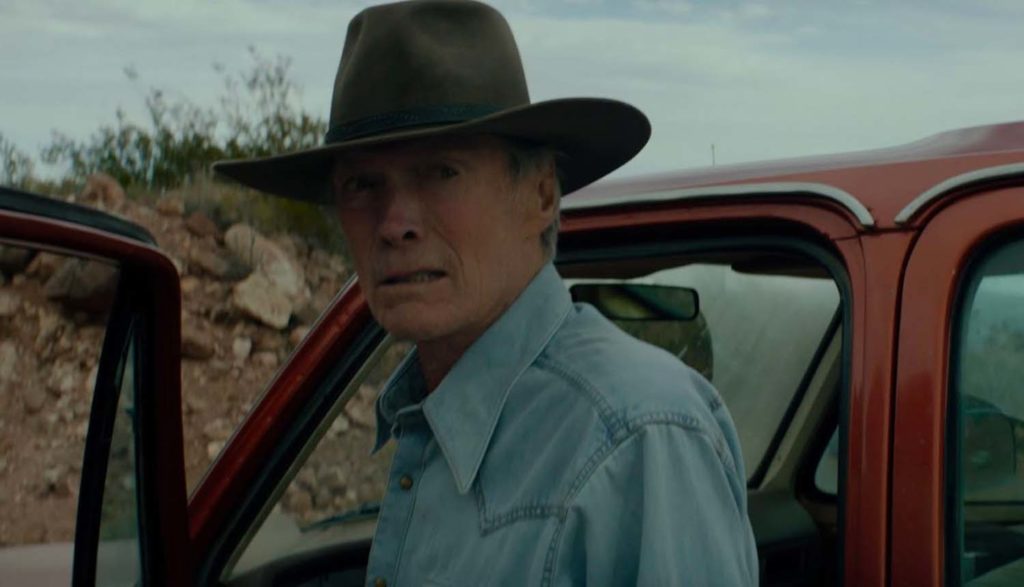 They say that cowboys are a breed tougher than nails and as strong as steel. And through a huge portion of his past, Mike Milo would surely have agreed with a wink and a tip of his sweat-stained hat. He was once a hard-riding rodeo man who won more trophies, awards and ribbons than most people have teeth in their mouth. (Though he likely lost a tooth or two in the process.)

Those days, however, are far behind Mike. As are many shattered bones, and too many years of pills and booze that broke him just as painfully as his spills. Even his horse training days are nothing but a memory.

Some people remember, though.

Howard used to manage Mike in his bronc-busting days, and then helped keep him afloat after Mike’s wife and son were killed in a car accident. He remembers the man Mike used to be. He also remembers that Mike kinda owes him from those days gone by. So he doesn’t have any problem asking the old cowboy for a favor.

It seems Howard’s ex-wife fled to Mexico some six or seven years ago with their young son Rafa. Howard has heard that the boy is now being abused. And he wants him back.

That’s not necessarily the kind of job you’d send a guy Mike’s age off to do. But truth is, cowboys—even ancient cowboys—aren’t afraid of much in this jagged old world. So Mike packs up his truck and heads off south of the border.

What he finds there isn’t exactly what he expected. Howard’s ex has a great deal of sway with the local Federales, for example, not to mention some dedicated thugs on her payroll. She doesn’t want some ancient gringo taking anything of hers. And that includes Rafa, the now 13-year-old, who’s out bouncing around in illegal cock fights on the Mexican streets.

This simple job in Mexico just turned into a much tougher ride.

And Mike’s steely cowboy ways are feeling a little rusty.

Mike does what he considers to be the right thing several times in the course of his journey. He sets off to bring Rafa home because of a deep-rooted sense of responsibility to Howard, even though he doesn’t really like the smarmy side of the man much. He also steps up to protect Rafa at different points and forges a special kinship with the boy—even looking upon him with pride as the teen works hard at learning to ride and break a horse.

While talking to young Rafa, Mike expresses his feelings about the whole idea of being tough and “macho.” He used to think it so important. But with age, he’s found that trying to be a macho guy involved more pointless pain than anything else. “When you’re young you think you have all the answers. And then you get older and realize you don’t have any,” he declares.

A Mexican woman named Marta offers kindness to Mike and Rafa when they’re down and out. And eventually the two guys are welcomed in as parts of her makeshift family (she has taken on responsibility for her daughter’s children after the young woman’s untimely death). In spite of himself, Mike begins to feel a lost sense of happiness while in a strange place because of a stranger’s kindness.

While on the run from Mexican authorities, Mike and Rafa spend a couple nights in a small Catholic shrine that features a statue of the Virgin Mary. Rafa asks Mary to grant them forgiveness for the trespass. Then he asks Mike if he believes in God. Mike replies “I guess so.” But Rafa goes on to suggest that if Mike isn’t Catholic then God doesn’t believe in him.

Marta prays when Mike and Rafa join her family for dinner, thanking God for the meal and the opportunity to help others.

We see young American women in low-cut tops crossing the border for fun on a Mexican beach. Rafa’s mother wears a a slinky dress at a party and later changes into a cleavage-baring nightgown. She offers Mike a drink and a chance to “celebrate” in her bed. But he refuses.

Rafa wonders if his mother “sold” him to Mike as a sexual object when they first meet. He later claims he’ll accuse Mike of raping him if Mike doesn’t do as he says. In both cases, Mike rebuffs Rafa’s statements as foolishness.  Later Rafa explains that when he was living with his mother she always brought different men home and coaxed Rafa to call then “Uncle.”

Mike and Marta slow dance and end with a kiss.

We see an old video clip of a younger Mike riding a horse that falls and crushes his leg. Several men fight in the street.

A thug tries to grab Rafa, and Mike punches him in the face. The guy then tries to incite a small crowd of men to stop the gringo. But Rafa steps up and shows the crowd dark bruises across his back that he claims the man caused. And the group of men ends up beating the thug instead. Rafa explains to Mike that the bruises were simply the consequence of living on the streets for too long.

Rafa has a rooster named Macho that he has raised to fight in cock fights. Though we never see the bird battle with other roosters, it does launch itself at Rafa’s human attackers several times, slashing at their faces and legs. Mike threatens, only half-jokingly, to wring the bird’s neck.

A guy runs Mike and Rafa off the road by slamming his larger vehicle into their car. He then pulls out a gun but is disarmed.

After Mike has a brutal fall during a ride that shattered his leg, we’re told that he hit “the pills” pretty heavily. After his wife and son died in a car wreck, he became an addict with his consumption of both pills and booze.

Mike drinks a brandy with someone. And when stopping at a small roadside restaurant, Rafa orders a bottle of tequila. Mike refuses to let him drink it and sends the bottle back. But Rafa ends up gulping down Mike’s beer instead.

A Federale rips up Mike and Rafa’s car looking for drugs that he never finds. Rafa says that one of his mother’s lovers used to supply her with drugs.

As the story unfolds, we find that both Howard and his ex-wife are lying to Mike and manipulating him. We hear that Rafa is well versed in theft, and we see that proven as he later steals Mike’s wallet and a couple different cars. In turn, Mike’s truck is stolen by two other toughs on the street.

You catch fleeting moments in Cry Macho of the far more appetizing film that could have been made in its stead. There are hasty glimpses of wise life lessons and loving encouragements that never fully take shape on screen.

Instead, this pic sports a script that’s sun-bleached and flavorless; its main star-power ingredient is a bit too far past his sell-by date; and the whole shebang just feels … undercooked. Add in a heavy layer of foul language and you’ve got a less than palatable piece that’s a little tough to chew.