When you’re frequently moving from town to town, it’s hard not to feel like you’re the odd one out. So, when a potential friend invites Maren over to her house for a sleepover, she’s brimming with excitement.

So, Maren’s non-cannibalistic father does what he usually does after Maren begins eating someone—he packs them up, and they move. But this last time was one finger too many, and he abandons the 18-year-old Maren with a wad of cash, a cassette tape and her birth certificate—the last of which gives her a clue of where her mother might be.

With that, Maren sets off to find her mother and, hopefully, someone to connect with. Along the way, she realizes that she’s not alone regarding her flesh-eating urges. And while some of these other “Eaters” are about as unhinged as you’d expect a cannibal to be, others are, fortunately, only slightly unhinged—like Lee, with whom Maren quickly develops a relationship.

And as the two travel across the Reagan-era countryside, they’ll grow closer together—both in their status as outcasts and in their respective trauma (almost guaranteed for anyone who munches on muscle and marrow alike).

If this bizarre horror-romance has a moral, it’s the importance of self-control and realizing the damaging effects the lack of it has on yourself and others.

Maren, for her part, doesn’t particularly enjoy eating people, and she tries to limit herself as best as she can. Of course, cannibalism is still cannibalism, so that’s a really miniscule positive point. But given a cast full of unhinged eaters, Maren’s desire to change can be commended.

A victim’s home has a sign which reads “God bless our home.” Someone says that after being covered in his victim’s blood, he “looked like the red devil.” Maren’s dad contemplates whether there’s a God in Heaven.

One of the homes of Maren and Lee’s victims contains posters and photos of naked women whose breasts and genitals are visible. One poster shows a woman engaged in sexual intercourse, and her breasts are visible. While in the home, Kiss’ “Lick It Up” plays.

Maren is seen shirtless, and her breasts are visible from the side. At one point, it’s also clear she’s not wearing a bra beneath her shirt. Other tops reveal cleavage. We also see Maren in her underwear. Maren and Lee passionately kiss on a couple of occasions. Some of Maren’s shirts reveal cleavage.

From a distance, we see a man and a woman jump into a lake, and they appear to be naked. Another man is prominently seen in his underwear.

The film’s focus on cannibal characters necessitates plenty of scenes where people die and flesh is torn—and director Luca Guadagnino doesn’t spare the viewer from such visceral actions.

Scenes throughout the film show people biting into human bodies and pulling chunks away like they’re auditioning to be walkers on The Walking Dead. In one instance, the victim asks to be eaten while still alive, and though the scene is overlayed with music, we still see his shouts of pain. After each feasting, Eaters’ faces and shirts are caked in blood. We also hear gruesome descriptions of other murders, including one in which the toddler Maren ate her babysitter.

In an early scene, Maren bites the finger of another girl while at a sleepover, and when she is finally pulled off, we see the finger is barely hanging on, a mess of scarcely remaining muscle and bone.

One male victim has his throat cut during a sexual encounter, and while he is still dying, people begin eating him. A couple of people are brutally stabbed, and one man is stabbed multiple times while being choked with a grocery bag. We then watch as someone sticks her hand inside one of the still-living man’s stab wounds, pulling out what appears to be an organ. Another man is murdered in an offscreen confrontation.

A man forcefully throws Maren to the ground and pins her under himself. The scene is uncomfortable; even though the man claims to have no sexual intentions, it’s hard to believe him.

An eater carries around a long rope made out of the hair of everyone he’s ever eaten—and based on the length of the rope, that number’s more than you could count with both hands. One eater is said to have eaten her own hands to try to stop herself from eating. A woman tries to eat Maren. An elderly woman passes away from natural causes. In a dream, Maren’s father vomits blood. We hear a reference to a baby being abandoned in the cold outdoors.

[Spoiler Warning] We discover that Lee’s father would beat him and his sister, and while Lee’s sister was away to get the police, Lee overpowered his father and hid him in an abandoned barn, where he ate him over the next three days.

The underaged Maren and Lee drink beer with fellow Eaters around a campfire. Lee is briefly seen smoking a joint. Various characters, including Maren and Lee, smoke cigarettes. Lee’s father is said to have been a “drunk.”

Two people urinate, but we don’t see anything. Eaters try justifying their actions in a variety of ways: Some only eat people who have already died, while other eaters only kill those whose deaths wouldn’t affect others. We’re also told that the urge to eat only grows stronger as these cannibals age.

Furthermore, one scene brings us to a slaughterhouse. Maren and Lee comment on how the cattle below have families—fathers, mothers, brothers, sisters. The scene seems to suggest that the cannibalistic habits of Maren and Lee are no different than those of people who eat animal meat. (The author of the book the movie is based on, Camille DeAgnelis, is vegan). The point is further implied when an eater forcefully crushes the bones of skinned Cornish hens while making dinner and immediately pivots to discussing the consumption of human flesh.

We discover that, despite Maren and Lee trying to find someone who wouldn’t be missed, one victim actually had a wife and kids.

If you ever hear Maren say that she “could just eat you up,” you’d better start running—she might actually do it.

Bones and All feels a bit like an experimental indie film whose point is just too clouded in both metaphor and gore to be fully understood. Perhaps the story is a strange metaphor comparing the consumption of animal meat to cannibalism? Perhaps it asks whether the universal desire to be loved can overpower the most intense of human flaws?

The point of the film is hard to say, but what’s clear as day is the sheer amount of carnage that savages its way into a movie that is otherwise beautifully shot. While we would expect no less from a film centered around cannibalistic lovers, it still doesn’t soften the visceral chomps we’ll see throughout the film.

And even if would-be viewers could somehow get through all the grisly violence, they’d still have to escape the frequent sensual content and heavy language. 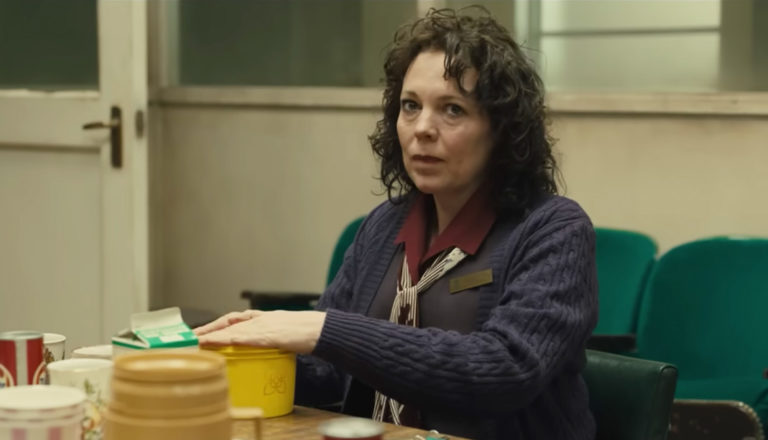 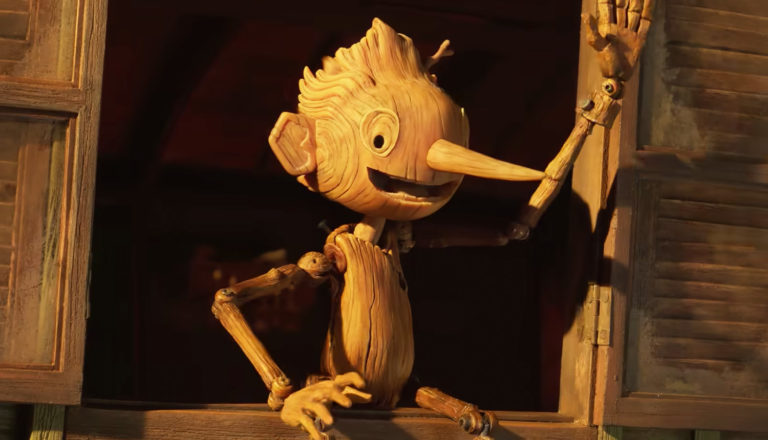