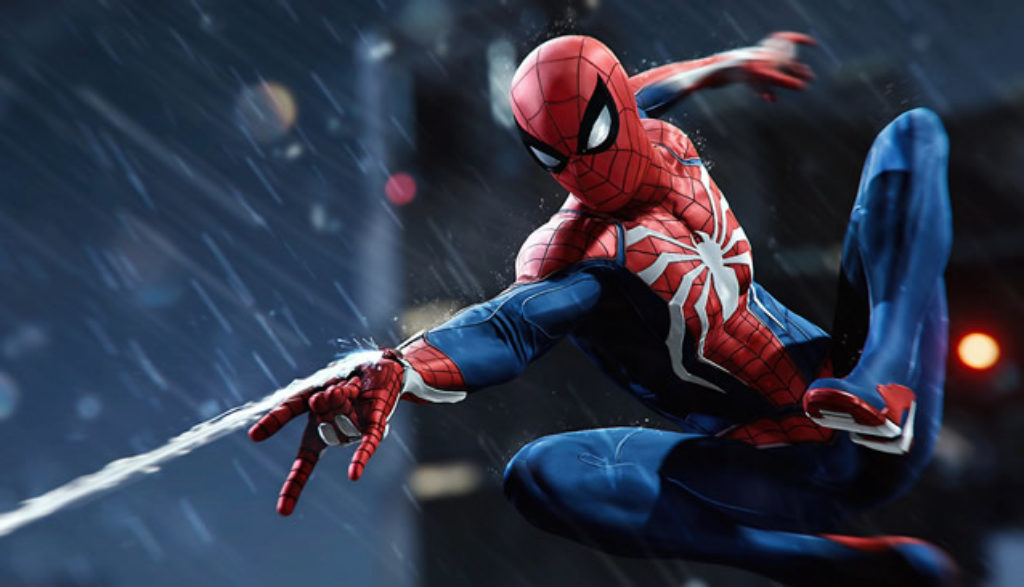 There’s no doubt that your friendly neighborhood Spider-Man is a hero with stick-to-itiveness.

He may be outnumbered 50 to one. He may be out-teched or out-powered. But he’s always there with a quick quip, a quick punch and a quick splat of sticky webbing. And in Marvel’s Spider-Man for the PS4, he’s a little older, a little more seasoned, and in some ways, better than ever.

In this tangled-web story, Peter Parker—the hero whom we all know gained wall-climbing superpowers due to a radioactive spider-bite—is now out of college and making his way in the big city of Manhattan. While, incidentally, trying to make rent on a tiny, hole-in-the-wall apartment.

Pete’s no longer snapping photos for the Daily Globe, but rather flexin’ his guerilla-science muscles working with a certain Doctor Octavius. Oh, and his love interest, Mary-Jane Watson? Well, Peter’s certainly still interested, but they’re currently on the outs thanks to the time-sucking responsibilities that come with being a web-slinging hero in red spandex.

That, however, may be about to change.

Lock up Fisk and Unlock Chaos

As we join Peter and jump out of his fifth-story apartment window, it’s time to take down that heavy-thumping baddy Wilson Fisk, aka the Kingpin. Peter figures that with him gone, the city’s crime rates will drop and he might actually be able to pursue normal college-kid stuff again, like going out on dates and falling in love.

But after that big boss man is bested and tossed in the klink, Pete finds he has even less time on his hands. That’s because all the second-tier villains can now do whatever they want without Kingpin’s interference.

So much for Peter’s logic on that score.

A new gangland boss named Mr. Negative floats to the surface with his own nefarious plans. (These guys always have nefarious plans, right?) Looking like a photographic negative, the aptly named villain sports super strength and reflexes, coupled with the ability to charge-up weapons with black electrical energy. Oh, and he can also bring people under his control with a single touch.

Spider-Man must figure out what this new baddie has up his black, glowing sleeves while also fighting off the villainous likes of the Shocker, Tombstone, Electro, Rhino, the Scorpion, the Vulture and Doctor Octopus. No sweat. (But no promises about your gaming perspiration …)

So let’s get down to brass tacks: What do you actually do in this game? For starters, you swing through a huge, open city. You’ll also race up walls and thwart super-suited, souped-up bad guys and their myriad of minions.

The first part of that combo is, well, pretty incredible. From that initial leap out of Peter’s apartment window, it’s crystal clear that the gamemakers at Insomniac Games have aced the web-swinging dynamics of this title. You have to time your leaps and plan your routes as you move through the city, but it all feels very intuitive and, in true Spidey vernacular, spectacular.

The experience only gets better over time as you unlock new web-swinging, building-bounding and stealthy-sneaking abilities. You can literally spend many hours of gameplay just exploring the city, climbing to the top of the highest buildings and taking small side quests that involve catching still other thieving thugs and mercs.

The main battling side of this game, though, can be quite a bit tougher—especially for younger players. Along with the web-swinging and some light puzzle-solving, Marvel’s Spider-Man is predominantly a single-player fighting game. Nearly every chapter of the narrative here involves extensive and sometimes difficult scrapping.

There’s nothing gruesome in this T-rated title. The worst of the fighting splashes a small amount of blood. But we do see two short cutscenes that cinematically picture some violent moments: people are shot in the head in the distance; an explosion injures people in a crowd; a plague known as “The Devil’s Breath” makes people sick and threatens to kill thousands; and one scene features a badly bruised Peter after a tough battle.

In truth, though, the most difficult part of the thumping, pounding action here will likely be the challenge of mastering the game’s complex fighting system.

Combat is all about knocking out foes and avoiding their attacks. And players have a growing list of possible web-swing-punch-kick-throw-dodge moves as well as unlockable gadget applications to use and master. The big bosses each have specialty moves that you have to diagnose and figure out how to counter, too. All of that adds up to a lot of intricate button-mashing to achieve the desired results.

But when you’re swarmed at the same time by a battalion of baddie lackeys, smashing the same attack or defend button repeatedly becomes pointless pretty quickly, because it won’t get the job at hand done. And that could be very frustrating for younger Spidey fans who aren’t used to games that demand carefully coordinated button-punching.

Players can also find 20 or so specialty Spider-Man suits packing helpful power-up abilities. (One suit gives you healing boosts, another sends out a spider-drone helper, another makes the hero impervious to bullets, another packs a 360-degree web splat to level a crowd, etc.) But even with one of those suits on, Spider-Man still needs to know his other moves to be victorious in the game’s multitude of melees.

Other than that, there’s also a bit of foul language for young gamers to duck, bad-guy uses of “d–n,” “a–,” “h—” and an occasional s-word. Spidey gives battle to some thugs delivering designer drugs. And in one fight with Mr. Negative, we find out that there’s a huge, demon-like entity behind his photonegative powers. His gang members also take on the moniker of “the demons,” though that’s never explained in a spiritual sense.

So, is this best Spidey game ever? Or not so much?

As you can see, a few gobs of errant webbing could trip younger players and stick to the bottom of Mom’s content-wary super-shoe. But there’s also a lot here to double flip through with a hearty woo-hoo, too.

In that sense, this terrifically designed game is neither the cleanest I’ve played recently nor the most problematic. So, parents, what does your spider sense tell you?