What’s New and Streaming for Families for January 2021 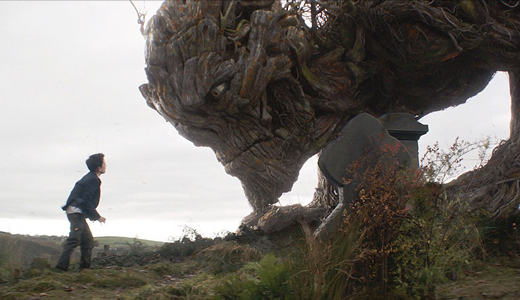 The 2020 holidays are past and the new year has dawned. And when you’re not filling your spare time fiddling with newly acquired toys and gadgets or reading through that great book you got, you may still want to check out some family-friendly streaming fare. So, let’s see what fun new movies are coming to a streaming site near you.

17 Again (PG-13, 2009): Ah, to be 17 again. At least that’s what Mike O’Donnell thinks when pausing to look at an adult life that isn’t going quite the way he expected. But while wandering his former high school’s hallways he gets the chance to give 17 and beyond another try. (Hey, that’s the magic of Hollywood, right?) And there might even be some fun lessons to learn along the way. In his review, Plugged In’s Paul Asay suggests this pic does well in both the fun and lessons areas. “It doesn’t minimize high school’s transformative place in our lives, but it adds a sobering—and in this day and age, pretty unusual—postscript: It’s good to grow up.”

A Monster Calls (PG-13, 2017): This teen- and tween-focused fantasy recognizes the fact that childhood can be full of monsters. And it certainly is for its young protagonist, Conor, whose life is filled with many woes. But Conor finds a most unlikely ally in a monster that appears at his bedroom window one night. This ancient and relentless creature guides the boy on a journey of courage, faith, and truth. This pic is likely a bit too intense for your younger crew. But our Adam Holz declared that “this powerful parable of a boy’s journey through grief uncovers some surprising truths by the time the credits roll. … In the end, the scary tree with the flaming red eyes isn’t nearly as foreboding as it seems.”

Julie & Julia (PG-13, 2009): New Yorker Julie Powell is stuck in a soul-killing job and decides to add some spice to her life by preparing all 524 recipes in Julia Childs’ landmark cookbook, Mastering the Art of French Cooking. OK, this particular movie night recipe will be a bit too bland or salty for younger tastes. “It comes in the form of imprudent language, mostly, but also in a few too many boring third-act details about cookbook publishing and blogging fatigue,” I stated in my review. But as a Mom and Dad movie date, it might have all the right flavors. Meryl Streep and Amy Adams are both completely delicious in their rolls, er, roles.

Frozen (PG, 2013): At the mere mention of the title you hear a certain song, don’t you? The loving and fearless Anna joins forces with mountaineer Kristoff (and some reindeer and talking snowman sidekicks) to find Anna’s sister, Elsa, when things take an unexpected icy turn. Lots of snowy musical adventure and sisterly love here. Asay called it, “A confection sprinkled with a few suggestive asides that remains a sweet bucketful of ice cream, you might say, a smooth-textured story with quality messages mixed in.”

Night at the Museum (PG, 2006): You don’t always think of comedian Ben Stiller and “family-friendly” in the same sentence, but they work well together here. Stiller plays a hapless night watchman at a museum of natural history who needs to save the day in the face of magical happenings and exhibits coming to life. It’s a pretty fun romp that our Steve Isaac lauded for its lack of negative content (“very few objectionable words, no sexual jokes, no smoking, no drinking, very mild violence”), suggesting that parents and families will enjoy all it has on display.

The Princess Bride (PG, 1987): A boy stuck at home with a cold gets a read-a-book visit from his Gramps. And the tyke soon finds himself swept up in the rollicking fairy tale adventure of a beautiful young woman’s one true love. OK, you already know about this classic comedy and action pic, right? No? Inconceivable! Well, there’s nothing much to hold you back from enjoying it now.

Mr. Poppers Penguins (PG, 2011): Jim Carrey plays a successful real estate developer named Popper whose life changes radically when he receives a final gift from his late father—a live penguin, which is soon joined by five more. Pretty soon these critters start to thaw out this guy’s frozen life. OK, there are a few icebergs along the way that parents will want to navigate with their kids, including bathroom humor and a little chilly language. But Popper’s newfound love for his family and his Grinch-like discovery of the size of his own heart are still great and grin-worthy.

Mary Poppins Returns (PG, 2018): Yep, that supernaturally special English nanny, Mary Poppins, swoops back in via umbrella to help out the now adult Banks children with another problem. Singing, dancing, and joyful lessons served up with a spoon-full-of-sugar, soon follow. Our Kristin Smith noted that, “Mary Poppins Returns reminds us that though circumstances may bring us down, together ‘there is nowhere to go but up.’” Sounds like a good film to watch about now, don’t it? (Starts Jan. 15th)

Ferdinand (PG, 2017) Based on a classic children’s book and an old Disney short film, this pic tells the story of huge young bull raised to be in bull fights, who’d rather live peacefully. So, he escapes his bullfighting training camp and is adopted by a young girl who lives on a farm. This is a fun lesson-packed romp. Or as I said in my review: “Like the flower-loving bull at its heart, this Ferdinand isn’t just another one-trick Toro. And it encourages its young viewers to think outside their day-to-day bullring, too.”

(Oh, and for you superhero fans, you’ll want to check out our review of Disney +’s new WandaVision premiere on Jan. 15)

Happy Feet (PG, 2006): A young emperor penguin named Mumble can’t woo a mate with his song—like others of his kind—because he’s got a terrible voice. Instead, he must express himself through his amazing talent for tap-dancing. So, what’s on the dance card for families who’re itching to move their feet toward the family room? In my review, I said you can expect: “A pouty Prince song … a bit of defiant behavior, oddly unpleasant interjections of spiritualism, Footloose-style loosen-up-you-old-fuddy-duddy ‘moralizing,’ and a few bodily function jokes. But also images of sacrificial love, friendship, courage and loyalty. Not to mention the idea that nobody should be shunned just because he likes to dance and you like to sing.”

And here’s another penguin-themed pic your family can easily … tap into.

March of the Penguins (G, 2015): This stirring documentary tracks the emperor penguins of the South Pole as they journey to their traditional breeding grounds during the Antarctic summer. Ok, that may sound a little dry, but it’s more exciting than you’d think. Or as our Steve Isaac said: “The movie doesn’t credit our Creator with the masterpiece of nature known as the emperor penguin. But if families will make a small effort to do so on their own, March of the Penguins transforms into an exhilarating exhibition of God’s grandeur and brilliance. Psalm 19:1 says, ‘The heavens declare the glory of God; the skies proclaim the work of his hands.’ So do the penguins.”

So, there you have it. There’s some family fare for your moments, spare. Happy New Year.