Plugged In Movie Awards 2019: And The Winners Are … 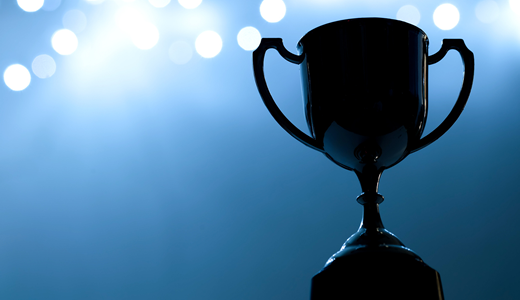 Nearly 900 movies were released in North America in 2018. (About as many as Netflix put out singlehandedly.) Seems like we here at Plugged In watched most of them. Oh, we couldn’t get to all of them, of course. But for the most part if you’ve heard of a movie, we saw it, reviewed it and told you all about it.

And sometimes, we really liked what we saw.

The Plugged In Movie Awards are about honoring what we feel are among the year’s best movies—not just aesthetically, but inspirationally and ethically as well. And for the past few weeks, we’ve invited you to play along.

So without further ramblings, let’s jump into our hostless awards ceremony and get to the winners, shall we?

Plugged In’s Pick: Paddington 2
This was more than just a cutesy kid movie about a raincoat-wearing bear. This was the best-reviewed movie of the year, scoring a rare perfect 100%”freshness” rating on Rotten Tomatoes and delighting the millions who saw it. Paddington—an unfailingly polite but rigorously ethical hero—seems radically countercultural for our shrill, angry age, which makes him all the more important.
Your Pick: Christopher Robin
Bruin-fronted films swept the Plugged In Kids category this year.While I’d love to stick in a pun of some sort (“Christopher Robin just bearly won”) truth is, it wasn’t even close. Disney’s sweet take on a middle-aged Christopher Robin whose priorities are all out of whack ran away with your vote, doubling up its nearest competition (Incredibles 2). Not bad for a bear of very little brain.

Plugged In’s Pick: Spider-Man: Into the Spider-Verse
Never mind that Black Panther became the first superhero movie to be nominated for a Best Picture Oscar. Forget that Avengers: Infinity War had some of us working through the five stages of grief. According to Plugged In, the best superhero movie of the year—and the best movie for teens—is this surprisingly rich animated charmer that practically swung out of nowhere. Welcome your friendly neighborhood winner.
Your Pick: Spider-Man: Into the Spider-Verse
Spider-Man swept the teens awards, just narrowly beating out Black Panther in your vote, too. Clearly, Spidey wielded great power pretty responsibly this time ’round. Many a reader lamented the absence of Infinity War. But few voiced much love for Tomb Raider, which was practically skunked in the voting.

Best Movie for Adults
The Nominees: Leave No Trace; Mary Poppins Returns; A Quiet Place; Searching; Won’t You Be My Neighbor?

Plugged In’s Pick: Leave No Trace
Look, I understand that very few people saw this flick (it earned just $7.6 million in theaters). That’s a crying shame. This film earned better reviews than any of this year’s Oscar Best Picture nominees (like Paddington 2, it score a perfect 100% score on Rotten Tomatoes), and I think it could’ve well received Oscar nods for its two main players, Ben Foster and Thomasin Harcourt. It’s a deeply impactful story about a struggling father and daughter that, remarkably, is almost completely free of problematic content. (It’s rated PG.) Want to watch it? It’s free with an Amazon Prime account right now.
Your Pick: A Quiet Place
Plugged In readers loved them some Emily Blunt this year, given that she starred in this category’s top two vote-getters: The gripping, touching A Quiet Place just squeaked past Mary Poppins Returns for the win. While some readers might’ve been surprised to find a “horror” movie on our list of “bests” this year, A Quiet Place won’t just cause you to shut your eyes: It’ll maybe make you shed a tear or two from them, as well.

Best Christian Movie
The Nominees: God Bless the Broken Road; God’s Not Dead: A Light in the Darkness; I Can Only Imagine; Paul, the Apostle of Christ; Unbroken: Path to Redemption

Plugged In’s Pick: Paul, the Apostle of Christ
This powerful, history-laden drama takes viewers back to the power and peril of ancient Rome, where Paul was living out his final days. James Faulkner makes for a compelling Paul in this rich, inspiring story. And for those who sometimes feel the biblical accounts of the early Church can be a bit dry, this film will help bring them to life.
Your Pick: I Can Only Imagine
This pic, which tells the story behind Bart Millard’s massive CCM hit of the same name, became the year’s biggest Christian blockbuster, clearing a staggering $85.4 million. I’ve talked with people who’ve seen the film repeatedly and cried every single time. No surprise that the vote wasn’t too terribly close here, with Imagine outdistancing runner-ups Paul and Unbroken: Path to Redemption.