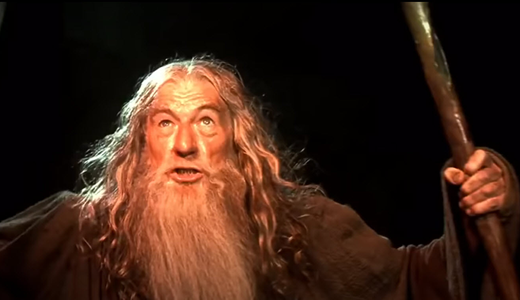 In J.R.R. Tolkien’s The Lord of the Rings, the wizard Saruman turns to the dark side. He tells his old pal, Gandalf, that the evil lord Sauron is just too powerful to fight. “We must join with him, Gandalf,” he says in Director Peter Jackson’s 2001 film, The Fellowship of the Ring. “We must join with Sauron. It would be wise, my friend.”

“Tell me, old friend,” Gandalf retorts. “When did Saruman the Wise abandon reason for madness?”

I had the same thought when I heard that Amazon, for its wildly expensive Lord of the Rings series (scheduled for a 2021 release), had hired an “intimacy coordinator” and tossed out a casting call saying that actors “must be comfortable with nudity”.

My first thought: Argh. My second: Why?

It’s not as if there’s a lot of nudity in Tolkien’s original works. In fact, there’s none. The Lord of the Rings is about as un-sexy a series as you’re likely to read. (Battles? Tons. Bedroom dalliances? Zip.) Why, when Jackson turned his attention to Tolkien’s prequel, The Hobbit, he had to create a whole new female character (Tauriel) and conjure up a love triangle out of nowhere.

That little twist of Jackson’s was just one of many reasons why Tolkien fans mostly hated the bloated Hobbit film trilogy. (The rest of the world wasn’t that fond of the additions, either.) Pretty sure that adding gratuitous sex scenes to Tolkien’s classic work won’t thrill Tolkien purists—purists whom you’d think Amazon is counting on to watch.

It’s a particularly strange decision, given that the success of Hollywood’s most successful franchises have been driven not by “improving” the source material, but by honoring it. Jackson earned raves (along with 17 Oscars) for his original Lord of the Rings series. Why? Because he was a Tolkien geek himself. The Marvel Cinematic Universe is shepherded by Kevin Feige, who loved the comics growing up and wanted to do his heroes justice on the big screen.

When you look at the cinematic trash heap, lots of it happen to be movies based on beloved source material that directors tried to “improve.”

But, of course, Amazon’s sexier take on the trilogy doesn’t just threaten to turn off Tolkien geeks. It’s messing with families—many of them Christian families—who would normally love nothing more than to get together and watch an epic tale of good and evil, wizards and hobbits.

Some of Plugged In’s constituents recoil from most any movie or television show involving magic, but many make an exception for Lord of the Rings. Tolkien, a fervent Catholic, used his magical world to create a deeply resonant, faith-adjacent myth that explores powerful themes and reinforce strong lessons on how one should live.

But let’s face it: You don’t need to be a person of faith to appreciate Tolkien’s story. Many parents from all sorts of backgrounds were excited to watch Jackson’s LOTR trilogy with their kids when they were old enough to deal with the violence. I know families who set aside time each year to re-watch the whole series.

But Amazon seems determined to shut out these families.

In fact, it doesn’t feel like Amazon is out to make a real Lord of the Rings series at all. I suspect that it wants to make Game of Thrones again.

I understand, superficially, the impulse. Game of Thrones was the last genuine “must-watch” show on television in this fragmented age—a ratings phenomenon for HBO. And as a sprawling, fantasy story, Game of Thrones had its merits. The show scored 57 Emmys during its run.

But the books that the show was based on, written by George R.R. Martin, were designed as kind of a counterpoint to Tolkien’s classic work: Bleaker. Grittier. Sexier. The content was baked into the story from the get-go. And while it was one of the most problematic, content-riddled shows on TV during its run, at least supporters could point back to the books and say, “See? That’s where all that sleeze came from.”

I’d be very excited to watch a Lord of the Rings series—in part because it’s not Game of Thrones. The idea of injecting the seamy world of Westeros into classic Middle Earth isn’t just incredibly disappointing, but absolutely mystifying.

Here’s hoping that Amazon will think better of pushing nudity into Tolkien’s universe—for its own sake as much as ours. Middle Earth has plenty of room for dwarves and elves, orcs and hobbits. But it is no place for an intimacy coordinator.