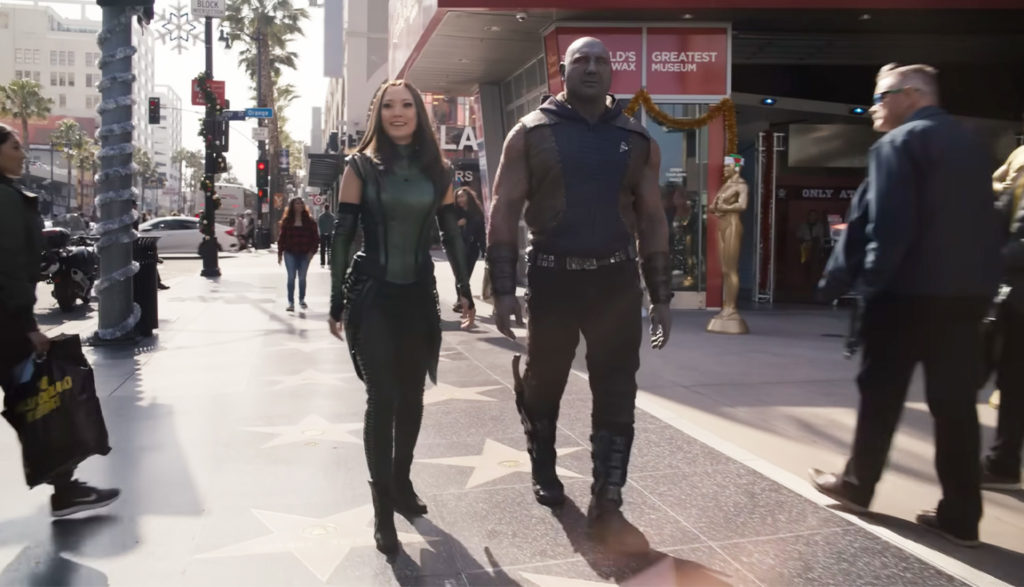 Christmas is the “most wonderful time of the year.” Or so they say.

But Christmas doesn’t exist in the middle of Knowhere, a galactic safe haven located in the skull of a deceased celestial being.

The resident aliens of Knowhere aren’t familiar with Earth’s favorite holiday traditions. They didn’t grow up exchanging gifts, decorating with lights or leaving milk and cookies out for Santa.

Kraglin, one of the Guardians of the Galaxy, tells the other Guardians how Peter Quill, their Earth-born half-human leader, once tried to teach Yondu, his mentor, about Christmas. It resulted in a Grinch-like tantrum from Yondu that imprinted itself in Kraglin’s mind for years to come (and, he surmises, in Peter’s as well).

Mantis, an empath, literally feels for Peter. Ever since he lost Gamora (she was murdered by Thanos in the events of Avengers: Infinity War), he hasn’t quite been the same. So she wants to give Peter something special this Christmas to lift his spirits.

And what could be more special than helping Peter meet the star of all his favorite Earth stories and legendary hero, Kevin Bacon?

The Guardians of the Galaxy Holiday Special is pretty much in line with all the other Marvel films featuring the heroes.

Firstly, you have your collection of aliens, each with their own special talents and powers. (Mantis uses her powers as an empath to convince a frightened Kevin Bacon that kidnapping him is the greatest idea in the world.)

Then there’s some infrequent language (up to and including the s-word) and non-lethal fight sequences—though if Drax had his druthers, nobody would be left alive.

While on Earth, Mantis and Drax get drunk at a nightclub while searching for Kevin Bacon. They lie, steal and break into Kevin Bacon’s house. Some women on Hollywood Boulevard mistake Drax for a paid impersonator and start showering him with money as though he were an exotic dancer. Drax beats up an actual impersonator dressed as a robot (because a robot killed his cousin). And Mantis scolds Drax after he nearly kills some police officers who had come to Kevin Bacon’s aid.

We also hear an incredibly incorrect account of Santa Claus, insinuating that he leaves dung in stockings, that the elves are planning to brutally kill him and that Mrs. Claus “works the pole.” There are some references to the murders in Friday the 13th, a space dog gifts her master with a dead lizard and someone winds up with the Winter Soldier’s prosthetic arm (and there’s no telling what violence took place in the obtainment of that).

It should be noted that while the true reason for the season isn’t discussed, Jesus does make a brief appearance in the form of some Nativity scene lawn ornaments.

All that said, this television special has a lot of heart. Every misguided action the Guardians take is with the best of intentions. They love Peter, and they just want to make him happy. And in the end, their efforts are more fruitful than they ever could have hoped for.