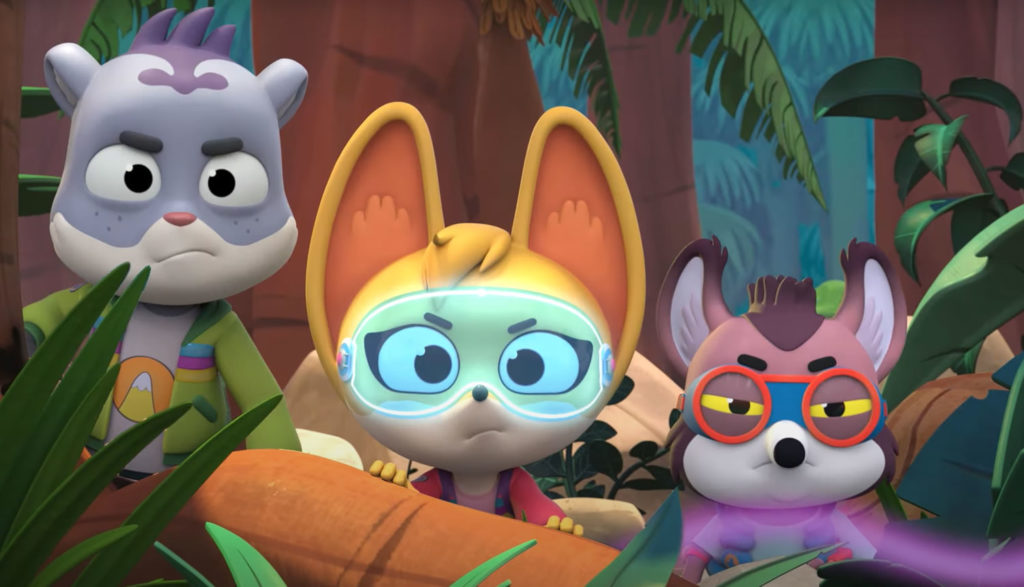 Mysteries abound in the animal kingdom, and it’s going to take two dedicated special agents to solve them.

Master detective Sam Snow and animal expert Kit Casey are agents of the Covert League of Animal Detective Experts, or CLADE. Their jobs require the two of them to investigate the strange happenings that occur around the world, and they’ll use their knowledge of zoology in order to solve whatever case comes their way.

Special Agents Sam and Kit bring us along to crack a few cases and learn a few facts about animals—and they’ll need the help of various members of CLADE in order to do it.

There’s Bill and Jill, the Mice Squad, who specialize in finding cases and making funky beats. The Stinkwell brothers are two skunks who craft the team’s smelly technology. And, of course, there’s Director Scratch, the chicken who sends them out on each case.

For the field operations, however, it all comes down to Sam and Kit. Individually, they’re pretty good at what they do, but the two excel at taking on tasks together, balancing each other’s strengths and weaknesses. And with Sam’s knack for spotting clues and Kit’s animal behavioral knowledge, the two have just what they need to solve any task they’re put on.

And once the case is closed, we’ll join the Mice Squad for a quick summary of animal facts that we’ve learned along the way, complete with the pictures of an animated animal’s real-life counterpart.

There’s not too much to be worried about here in terms of content concerns. Mild danger and toilet humor is present, and one of the Stinkwell brothers has a nasty habit of uncontrollably passing gas. But if you can get past those elements, The Creature Cases offers a fun detective story that’ll likely leave kids with a heightened interest in zoology.

Animal detectives Sam and Kit are sent to revive a train chief who has fainted due to a mysterious assailant. They must act fast, too, before the train crashes at the end of the line!

The train conductor, referred to as “chief,” faints after being bitten by a mysterious figure. Sam and Kit discover a snakebite on the chief. A snake burps, and another snake blows a mucus bubble in its sleep. One snake attempts to attack Sam. One of the Stinkwell brothers, a skunk, passes gas.