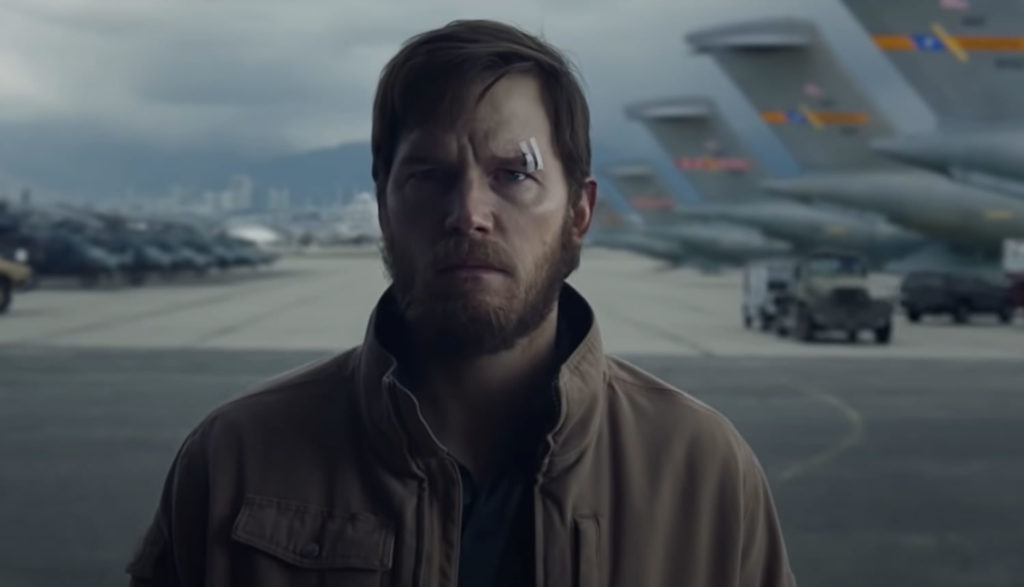 They’re out to get him. Honest.

James Reece isn’t quite sure who they are, just yet. But he’s getting there. Just give him a little time. He’ll find out who betrayed his SEAL team in a deadly mission. He’ll learn who killed his family.

Yes, he’ll push through the headaches. He’ll slowly peel through his memories to discern which ones are accurate … and which ones are not. His mental issues have nothing to do with the huge conspiracy surrounding Lt. Cmdr. Reece. Nothing at all.

Getting someone else to believe him, though … now there’s the challenge.

Just a few weeks before, Reece and his team were preparing to take out one of the worst hombres on the international stage: a chemical weapons expert in cahoots with Iran. They knew where he was, knew they could get him. Opportunities like this don’t come around very often.

But as they skulked in the crypts below the guy’s compound, everything went south. The place was rigged to blow. The bad guys stormed the catacombs in force. By the time it was all over, Reece’s 12-man SEAL squad was down to two—himself and a guy nicknamed Boozer. Days later, Boozer was gone, too. He shot himself, they say, with his own 9mm gun.

Reece has his doubts. Boozer hated that pistol, after all. But Reece has his doubts about himself, too. After suffering a concussion during the ill-fated mission, the commander’s memories aren’t what they could be. He remembers events differently than what the evidence shows. He’s forgetting things elsewhere, too. Why, Reece could swear that he and Boozer were sitting in a bar after the authorities say Boozer died.

He submits to a brain scan, hoping for a little medical clarity. But he’s attacked in the hospital. When he gets home, Reece finds his wife and daughter lying on the kitchen floor, dead.

Some are beginning to wonder whether, in his unbalanced state of mind, whether Reece might’ve killed them himself.

But not Reece. He knows better. Yes, he’ll acknowledge that his memory is not to be wholly trusted. But with some help with his friend, Ben, and perhaps a little work by an investigative journalist named Katie, he’s discovered his memory isn’t the only faulty element in play. Lies have been told. False evidence has been planted. There is a conspiracy afoot: Reece is sure of it. And that conspiracy might not be traced to a foreign capital. It might just be rooted in Washington, D.C., itself.

Prime Video’s splashy A-list show The Terminal List is based on Jack Carr’s novel of the same name. Starring Chris Pratt as Lt. Cmdr. James Reece, the thriller gives us an action-packed ride piloted by an unreliable protagonist. Is Reece in the right? Or is his injured brain playing tragic tricks on him?

In an age in which mental health in the military is a serious and acknowledged issue, The Terminal List could’ve been a mind-twisting whodunit, one in which the prime detective just might be the killer, too.

But given that Jack Carr’s written four books starring James Reece (and that Reece is played by the ever-heroic good guy Chris Pratt), it seems Prime Video isn’t shooting for something quite so introspective. The show is destined to be more a straightforward thriller with little wriggle room for much else.

Given the bloody premise, it’s hardly a surprise to learn that you’ll find plenty of action, violence and red stuff flying across the screen. While sometimes things can get pretty ooky, The Terminal List is more in keeping with Jack Reacher than John Wick: R-rated, but not ludicrously so. But it’s worth mentioning that Reece—in his quest for justice—kills many a bad guy along the way, and naturally outside the bounds of the law. This guy ain’t Captain America: He’s The Punisher.

The language might be more jarring. The show embraces the worst sorts of profanities, including the f- and s-word. And it doesn’t use any more sparingly than Reece spares his quarry.

Fans of Pratt will certainly be curious about The Terminal List, and the show’s take-no-prisoners attitude will resonate with some. But it comes with plenty of issues, both in terms of content and philosophy. So if The Terminal List is on your short list of viewing options, you might want to think a bit more about that.

After a mission goes tragically awry, SEAL Lt. Cmdr. James Reece returns to find that his version of the mission doesn’t match with what seems to be the hard, raw data. He finds that he’s not remembering events at home as much, either. So Reece promises his wife, Lauren, that he’ll go in for an engram (a high-tech brain scan that can pinpoint specific memories). But when he emerges from the scanner, he comes across not a doctor, but two black-clad, weapons-holding thugs who try to kill him—using his very own gun.

The mission itself (from Reece’s point of view) takes up much of the first part of the episode. A frenetic shootout illuminates the crypt in which the SEAL team was operating; a massive explosion rocks it, too. We see several team members either badly injured or dead. (One casualty is alive, but he bleeds heavily from his mouth; the head of another corpse is shown half submerged in water.) Coffins holding the dead team members, and funerals of said members, are also on display.

A man shoots another several times, leaving him apparently dead. Another man gets stabbed in the forearm with a knife. (Reece is cut badly on his own arm, as well.) Many punches are thrown, and most connect—including several to one recipient’s groin. Two bodies lie on a floor, partly obscured by a kitchen island. A bird crashes into a window; we see the bird on the concrete outside, dead. We glimpse the aftermath of an apparent suicide, where a wall and couch are coated in blood. Reece tells someone he’d like to “scalp” the guy they were after in the mission.

When Reece asks someone what it would take to fabricate someone’s voice, he’s told that it would be “God’s hand kind of s—.” Reece drinks heavily with someone at a bar; he eventually makes his way, unsteadily, to a troop transport plane. We see he and others drink elsewhere, too. When Reece returns home, Lauren tells their daughter, Lucy, that he has to take a shower because he smells. We hear more than 25 f-words (sometimes paired with “mother”) and another seven s-words. We also hear “d–n,” “d–k” and two abuses of Jesus’ name.

A grieving James Reece buries his wife and daughter. Meanwhile, the authorities leading the investigation into their deaths begin to consider Reece himself. The lead investigator—NCIS agent Joshua Holder—says he doesn’t quite know what to make of Reece’s insistence that he was attacked in the hospital. Reece, meanwhile, doesn’t know what to make of Holder himself. He and his friend, Ben, begin to wonder if he’s the first thread to pull in trying to unravel this deep conspiracy.

We see flashbacks to the violence in the first episode. Reece “questions” someone at gunpoint. Then, in a skirmish afterward, one combatant is shot in the jaw; Reece positions the body and the manipulates the evidence to make it look like a suicide. Someone attacks an admiral, shoving him against the wall.

A man prays beside Reece at his family’s funeral. We hear that Reece’s failed mission was codenamed “Odin’s Sword,” a reference to a Norse god. As Reece and Ben surveil Holder, Ben says the only thing incriminating on his computer is an “unhealthy obsession with babysitter porn.” Ben sarcastically considers Holder’s affection for light beer rather incriminating, too. He, Reece and others drink beer and other alcoholic beverages, with Reece telling someone he’s “not too picky” about what he drinks these days. Reece breaks into another person’s apartment. Someone plays poker with a few other gamblers—not letting on that she’s far better than she pretends to be.

The f-word is uttered more than 20 times, and the s-word another half-dozen. We also hear “a–,” “h—” and “p-ssed.” God’s name is misused three times, including twice with the word “d–n.”