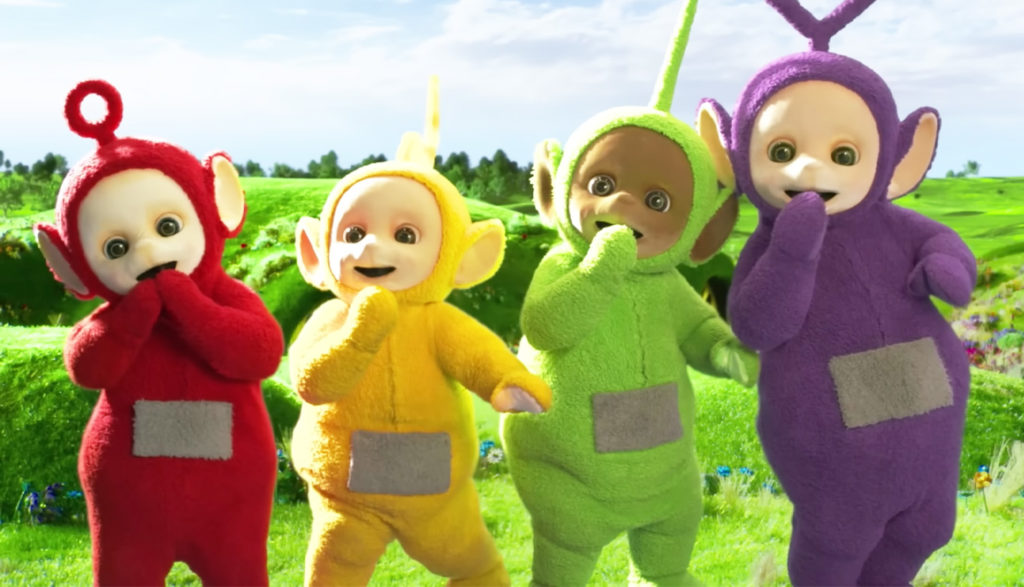 Yes, these stars of late-1990s preschool entertainment are back, and this time they’re on Netflix, laughing, hugging and eating gallons of Tubby custard.

The show is “designed to help young children develop their physical, emotional and cognitive skills in a warm, loving, playful environment,” according to the Teletubbies’ website. The show’s makers hope to help toddlers to listen, communicate and get along with others. In other words, it has the same stated goals as its predecessor did 25 years ago.

In 1999, Teletubbies drew the attention of some Christians, who fretted that the handbag-holding Tinky Winky was a hidden symbol for homosexuality. At the time, Teletubbies producer Kenn Viselman rejected that notion.

“We’re talking about a show for 1- to 4-year-olds,” he said in an official BBC statement. “If we had homosexuals in it, they wouldn’t even know it—but for the record, we don’t. Tinky Winky is simply a sweet, technological baby with a magic bag.”

We live in a different era now, of course. Many kids’ shows, including those intended for toddlers, contain not-so-hidden LGBT content. (Check out our updated review of Dino Ranch, for instance.) The Netflix version of Teletubbies, as of yet, has no such concerns—though it should be noted that Tinky Winky still has his magic bag.

Teletubbies provides engaging stimuli for young children—and the reboot speaks to its general popularity (despite the somewhat horrifying character design). Though older children likely won’t find the show too engaging due to its general lack of story, younger audiences will coo alongside its Sun Baby (who, in this iteration, changes each episode).

But parents should note that, while the show itself doesn’t have content concerns, the channel’s more “hip” social media does promote certain things that parents may want to be aware of, such as Zodiac signs, the LGBT pride month and various popular musicians.

The Tubby Custard machine makes a bunch of bubbles, causing the Teletubbies to laugh. Julia sings a song about bubbles.