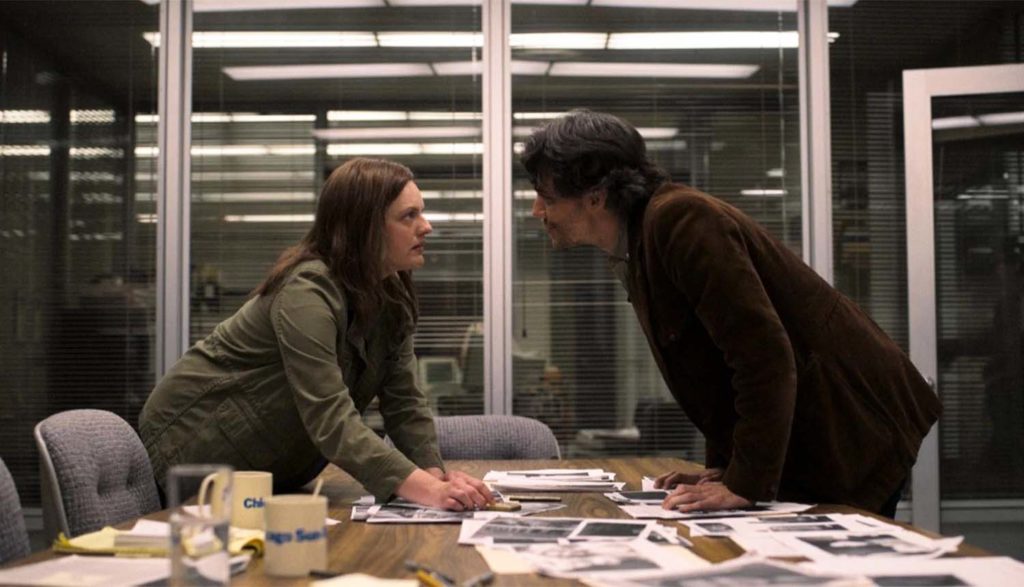 Life is constantly changing. This is true for everyone. But it’s especially true for Kirby.

One day, Kirby went out to walk her dog when she was jumped from behind and brutally assaulted. She has no idea how she survived. In fact, she doesn’t remember much of the attack at all–not even her attacker’s face. She only remembers his voice.

But her body tells a different story. She was left with distinct, deep incisions across her stomach, a fraction of her small intestine and a small object that was placed inside of her by her attacker.

Now, six years later, Kirby is trying hard to forget what little she remembers and just move on. That might be easy for some, what with intensive therapy and a new home, but it’s not that simple for a woman whose reality is constantly shifting.

One minute, Kirby is living in apartment 2B with her mom. Later that day she’s coming home to a different apartment and a boyfriend. One minute she’s working at her desk, the next minute she gets back from lunch break and her desk is across the room.

Nothing is quite as it seems.

And the problem only seems to increase when Kirby is asked to come down to the station to try and identify a killer who has left markings on his victim’s body… the same markings Kirby has across her abdomen.

She wants it all to stop–for the fragments of memories to go away and to be left in peace. But it seems that if Kirby wants this all to end, she’ll have to trust Dan, a crime reporter from the Chicago Sun-Times, to find the killer and subsequently help her make sense of this incessant nightmare she calls her life.

They Shine No More

If you’ve seen The Handmaid’s Tale, then you’re accustomed to watching actress Elisabeth Moss play a flawed protagonist, beat all odds and make it out on the other end, severely damaged but alive. And that’s sort of where Elisabeth Moss begins in Shining Girls, this original series from Apple TV+. Alive, but severely damaged.

Of course, her trauma is to be expected, given the brutal attack she faced. But what is unexpected is the fragmentation and altered reality that take place as a result. As you watch, you realize that you don’t quite know what’s going on or why Kirby’s surroundings are changing. You just know that you’re as confused as the main character herself.

Yet, the series doesn’t just focus on Kirby. It also takes time to show Harper, the man who assaulted Kirby, and the terrors he inflicts on other women. The same man you see in the first scene… in 1964… even though Kirby lives in the present day and her killer does too.

So, not only is this a sort of The Butterfly Effect meets murder mystery, but it also incorporates an aspect of time travel. And all of the above, Apple gives an intentionally slow burn.

And you should know that many scenes come a horror-like vibe, include gruesome violence, a smattering of harsh profanity and hint at a sexual perversion that may become far more apparent on screen as the series unravels.

Kirby tries to find the mysterious man who assaulted her six years prior, after a woman is found dead with similar physical markings that Kirby suffered.

In 1964, a man sits by a young girl and talks to her about how breaking a young horse is easy. This is used as foreshadowing as the same man travels in time and kills this woman when she’s an adult (he stabs her to death and we see her bare stomach and blood surrounding her). Police find a dead woman underground in a pipeline.

Kirby allows a medical professional to examine her stomach, who goes into great detail about her assault based on the cuts found there. A police officer tries to frame a mentally ill man for a crime he didn’t commit.

A few scenes have a distinct, horror-like feel.

A few people drink hard liquor and one woman smokes a cigarette. Jesus’ name is misused once. The f-word is used three times and the s-word is used nearly 10 times. Kirby says that the man who assaulted her called her a “whore.”