As of this writing, it’s been nearly two weeks since Pokémon Go was released to the American masses. The new-game smell has worn off, perhaps, but intrepid players are still staggering through the streets, spraying themselves with virtual incense and flinging Poké balls with weary flicks of the thumb. They stumble from stop to stop, occasionally pausing to battle fellow Poké vets for prestige.

When the battle is done, they reel around and shuffle off again in search of more of those elusive, rare, strangely marketable critters.

“Gotta catch ’em all,” they rattle in dry whispers.

Yes, being a Pokémon trainer can take its toll. So just imagine being at it for 19 seasons.

Such is the case for Ash Ketchum, protagonist of the (obviously) long-running Pokémon television series. Professor Oak gave Ash his first Pokémon—a charming little Pikachu that, for all its cuteness, can still zap you something awful—when Ash was a mere lad of 10. And while most children his age are, y’know, riding bikes and going to school and stuff, Ash has been making his way in the surprisingly fierce world of Pokémon training, meeting new friends and picking up pocket monsters all the while.

In the show’s current iteration, Pokemon XYZ, Ash is hanging out with boy-genius Clemont, his little sister, Bonnie, and Serena, a young lass who may bat a fluttering eyelash or two at our brave, intrepid Pikachu owner. Is there love in the air? Should Serena’s mother really allow her young daughter to gallivant unsupervised across the country for years on end with a boy she has a crush on? Well, Plugged In would certainly not advocate this sort of lackadaisical parenting. But no matter: Ash only has eyes for his pocket monsters.

And really, who has time for romance when Team Rocket—comprised of fuchsia-haired Jessie, periwinkle-haired James and, um, cream-furred Meowth—is constantly trying to steal Ash’s Pokémon? Those dastardly antagonists will stop at nothing to spoil Ash’s all-consuming climb to the top of the Pokémon heap.

Well, they may stop to sing a song, or two, but that’s about it.

Pokemon XYZ, as is the case with the show’s previous iterations, is a relatively innocuous show. While many anime programs can be steeped in Eastern spirituality or occult trappings, the Pokémon that litter the countryside are kinda … naturalistic? Admittedly, these hybridized bugs, birds, fishes and critters have powers that’d make even Thor envious, but they’re not intended to be water spirits or extraterrestrial demigods or whatnot. They’re more like animals. Animals that trainers capture against their will, force to live in tiny spherical homes much smaller than their bodies and send out to do battle with other similarly enslaved creatures.

But they love it! Really! Once they’re captured, these Pokémon bond with their captors, and they would die—or, in this world, faint—to further their trainers’ worldly prestige. As such, the show serves as a virtual fantasy of sorts for those watching. I mean, what young viewer wouldn’t want a whole host of magical creatures at his beck and call, always eager to do his bidding? (In fact, I could use a few magical creatures right now to finish this review.)

That whole “fainting” thing is important to note here. While there are battles aplenty in Pokémon XYZ, they’re not particularly violent, not at all bloody and never, ever end in death. These fights are about as visceral as two plastic action figures throwing down.

There are a few other mild concerns. Jessie flaunts her cartoon abs in a midriff-baring outfit (as some of Ash’s other female friends have done over the years). Team Rocket engages not just in underhanded, villainous behavior, but in some name-calling, too.

But in a television landscape where even cartoons are trying to appeal to ever-older viewers and growing increasingly dark and cynical as they do so (I’m looking at you, Adventure Time), Pokémon XYZ is still unabashedly meant for kids. It reminded me a little of the old Hanna-Barbera Saturday morning cartoons that I used to watch as a kid—ones where the good guys were good, the bad guys were silly and no one ever really got hurt.

After spending a long night training his Pokémon while standing in a cool body of water, Ash catches a fever. Bad news, considering that Jimmy—a spiky-haired, hard-rocking Pokémon trainer with a Pikachu of his own—comes to challenge Ash and his Pikachu duel. While Clemont and Bonnie go to town to get medicine, Serena masquerades as Ash to battle the guy.

The two Pikachus engage in an impressive battle featuring a great many lightning-based attacks and cute furrowed eyebrows. Jessie, James and Meowth come by and try to steal both Pikachus with mechanical arms, but their nefarious (and not particularly well-thought-out) scheme fails. Ash’s Pikachu eventually attacks them, which sends the three villains flying skyward.

Jessie’s abs are visible. Jessie and James call Ash a “twerp” and Serena a “twerpette.” We hear one character say “What the …” leaving the sentence unfinished 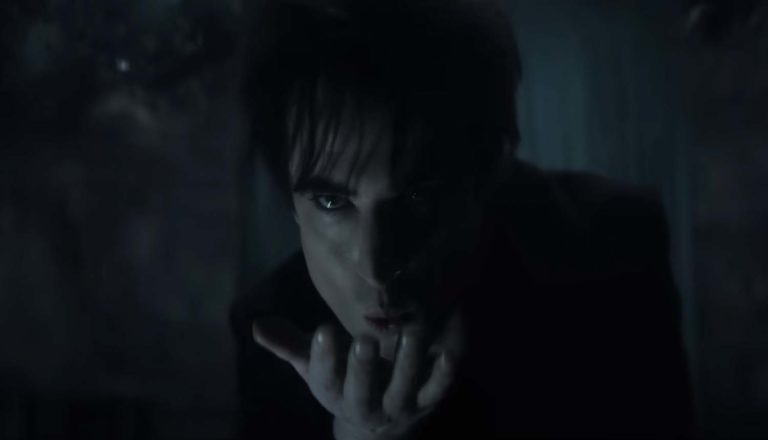